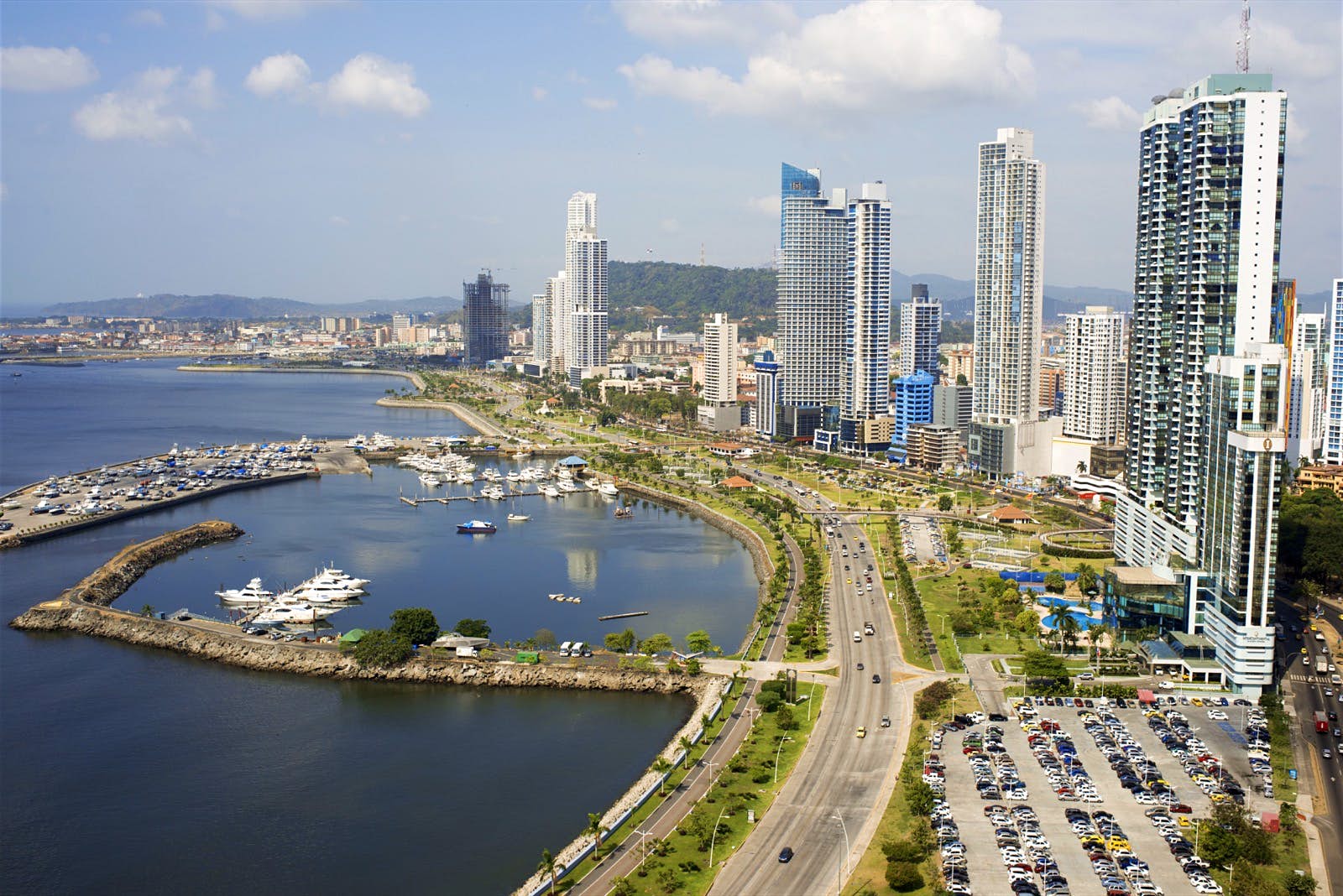 Explore a World of Profit Just Outside Your Borders

By International Living ON February 1, 2020

Close to two decades ago, when I was not long out of college, I started my real estate investment career. For me, real estate had a lot of benefits and profit that other investment types just couldn’t match. Unlike stocks or bonds, it was an asset that you could touch, see, and enjoy; unlike something like precious metals or jewels, you could visit a piece of real estate easily. You didn’t have to lock it up in a safe for security or ask for access to someone else’s vault just to see your own investment.

I looked first at what was available close to home. Home, at that time, was Ireland. And the moment turned out to be a good one. I was able to buy without much money down. (You don’t need to be wealthy to get started in real estate investment if you know what you’re doing.) I got in just ahead of a big spike in real estate values, and I did well on my buys in Ireland.

But from 2005, the Irish real estate market started to get frothy. Silly-high prices were being paid for houses that were frankly average. Ordinary buyers had to put themselves into major mortgage debt just to afford a standard three-bedroom, two-bathroom home in a regular town.

The market in Ireland stopped making sense to me as a place to put my money. By 2007, the real estate market had stalled, before crashing in 2008 and 2009. But I still wanted to invest in real estate. I knew if I got in at the right moment of a market trajectory, I could buy for below true value, and profit as prices rose.

I had two choices. I could wait until that market moment came back to Ireland. Or I could start looking overseas for markets that were just like the Ireland of the late 1990s, before its boom kicked off.

I chose to look overseas…and I’ve made more profit than I ever could have expected to if I’d stayed in my home country. And you could, too.

You don’t need to be wealthy to get started in real estate.

Back in 2004, I told my parents that I was taking a trip to Panama. They were, to put it mildly, skeptical. They knew two things about it: It had a famous canal and lots of jungle. I knew one thing they didn’t: that Panama was on the cusp of the same kind of rise in real estate values that I’d seen and acted on a few years previously in Ireland.

Panama City, at the time, was transforming…from a sleepy city to an economic powerhouse that would become a major regional hub like Singapore. And I was there to invest…to get ahead of the trends that would hand me profits.

When I sold my Panama condo, ordinary apartments and houses back in Dublin, Ireland, were selling for $465,000 or more.

I like to invest in the early days of a growth trajectory, and that’s where Panama was. On the other hand, Ireland was at the tail end of its boom. In Ireland, there was always the risk of getting caught with an overvalued piece of real estate when the market turned or sales stopped. And that’s exactly what happened.

Meanwhile, I was thousands of miles away, in Brazil. Again, it proved to be a smart move. While all across Europe there was a run on banks and, in Ireland particularly, much of the public was panicking, I was standing on a sun-drenched beach in northeast Brazil. The sand under my feet was warm and the salt air carried a pleasant breeze. It was easy to forget what was happening back home.

I wasn’t in Brazil to sight-see. I was there to lock down a condo—one that I could see big profit potential in.

While Europe was in economic turmoil, in northeast Brazil an exploding middle class, industry growth, and rapid infrastructure development were all combining to create an incredible buy-ing moment.

I bought a beachside condo for 180,000 Brazilian reais. I was able to secure that condo with a small down payment of 1% of the condo’s value—the equivalent of just $736. I paid little monthly payments of 1% for the next two-and-a-half years.

The weekend I bought my condo, the whole condo community sold out. And before the condo was even completed, a buyer offered me 250,000 Brazilian reais. I sold, for a gross profit of $43,500. At a time when the real estate market in Ireland was in freefall…

That’s one of the advantages of investing in real estate overseas. Because you’re diversified outside your home market, you’re better equipped to withstand the natural boom and bust cycles your friends and family may fall prey to.

But that’s far from the only advantage.

I like to golf. It’s one of the things I miss sometimes when I’m on the road—getting the time to hit a few balls at my leisure with friends or family. Ireland has some fantastic, world-class golf courses. That’s not the case in many of the countries on my beat. Their courses simply don’t make the grade for a dedicated golfer like me.

One course, though, has bucked that trend. It’s a Jack Nicklaus-designed course in Los Cabos, Mexico. It’s an oceanside course with some holes perched on cliffs. It’s breathtaking—and a challenging play, even for serious golfers.

Los Cabos, if you’re not familiar with it, is pretty fancy. Located on the southern-most tip of the Baja California peninsula, it’s one of the most high-end and glamorous destinations on my beat. For decades, only the very rich owned homes here. The “ordinary rich” pay hundreds of thousands of dollars for the chance to stay in a time-share in Los Cabos for one or two weeks a year.

Yet in the community with that Jack Nicklaus-designed golf course, I made another investment. I bought a condo there—as did Real Estate Trend Alert members, thanks to a special deal and pricing I’d negotiated. I locked it down in December 2014, when RETA members-only pricing for these condos was $336,156. Less than four years later, I’m sitting on six-figure gains…and am getting ready to rent my place out. I could target more than $40,000 gross a year in short-term rental income.

Double your investment in five to seven years.

These condos are set in a sumptuous resort with all the bells and whistles: that top-flight golf course with awesome beach and ocean views; a luxury clubhouse steps away; massive, ocean-view pools; three miles of beach; and high-end restaurants and hotels. These are multi-million-dollar luxury surroundings…and I got them for a tiny fraction of what you would usually expect to pay for a home of this quality.

That’s the beauty of being willing to look abroad for your real estate investment buys. You get to buy a lot for a little price tag (and get bragging rights at the next family barbecue or office Christmas party).

With an investment in real estate, you have an asset you can enjoy, like a condo in Spain. ©Steenie Harvey

But Isn’t It Difficult?

A lot of people imagine that there’s some big mystery to buying overseas, or that it’s not legal for a foreigner to buy.

If you’ve looked at countries close to home, you’d be forgiven for thinking buying abroad is a minefield.

In some countries in Southeast Asia, restrictions are placed on what foreigners can buy. In Thailand, for example, foreigners face restrictions when buying real estate. But generally, buying overseas is simple and straightforward—I say that as someone who has done it many times.

And it’s easy for members of my Real Estate Trend Alert members: I find, negotiate, and research the deals. Then I serve them up on a platter to RETA members.

If you’re thinking of what to do with your money, whether it’s a lot or a little, your answer may lie outside your home borders.

You don’t need to be a financial expert to profit time and time again on the right real estate buy…nor do you need to be super wealthy. I’ve found deals recently where you could buy with just a small investment—such as lots in a best-in-class community in Costa Rica with pricing from just $20,000. You didn’t even need to pay that amount upfront. You could have gotten in with just $4,000 down, and then made payments of $302 a month over five years. From that lot, I expect big capital appreciation. By the time you make your last payment in five years’ time, I figure your lot could be worth $55,000.

Those kinds of gains aren’t an anomaly, either. On all my recommendations overseas, I typically expect that a buyer will double the investment in five to seven years, if not sooner.

Profiting from real estate is some-thing that everyone can do. You just have to be open to possibilities—one of which is investing overseas. It’s something I’m sure glad I considered…and that I know you will be, too.

The article Explore a World of Profit Just Outside Your Borders by Ronan McMahon first appeared on International Living.