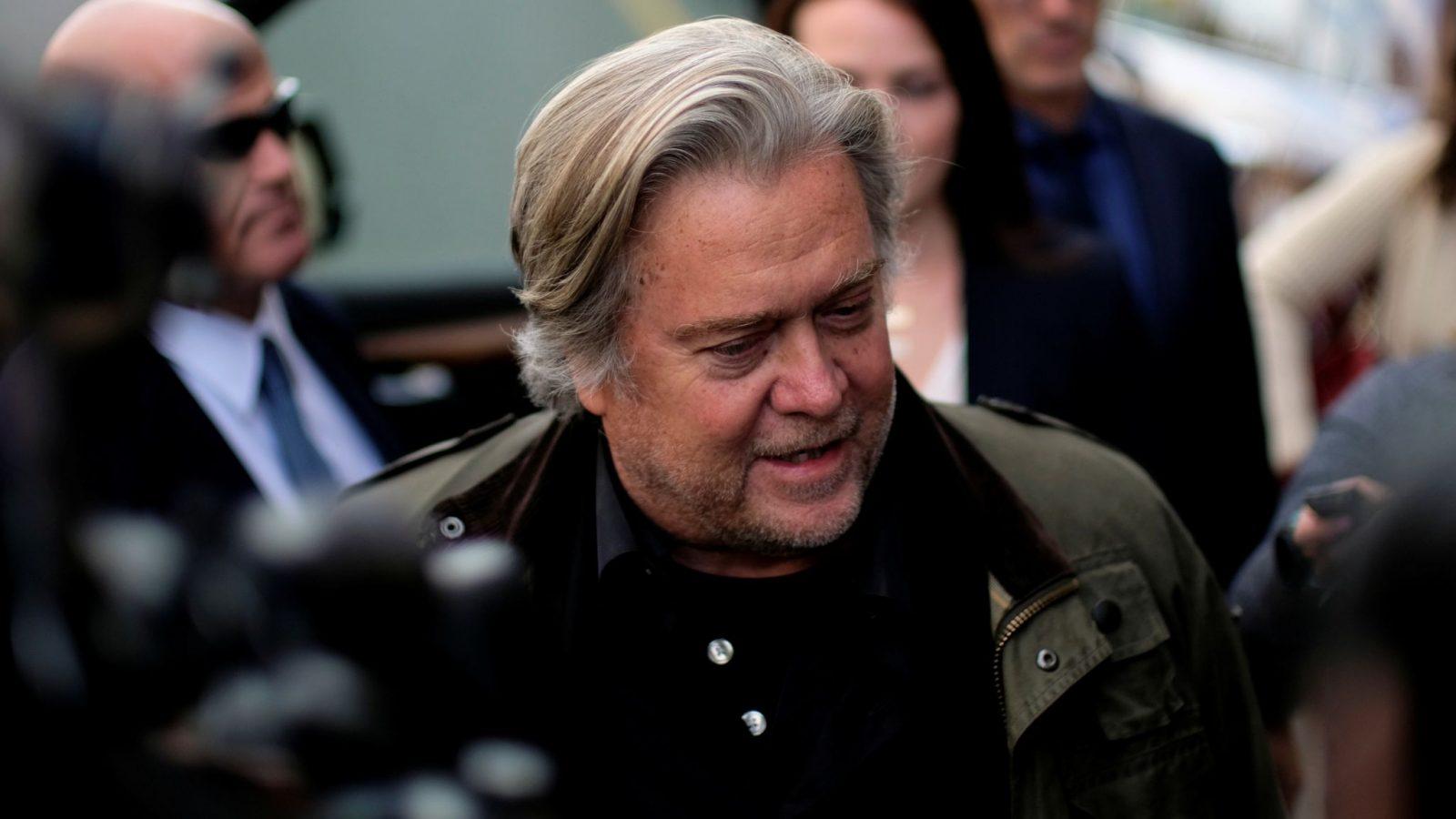 Everything You Need To Know About Steve Bannon’s Arrest

Former White House chief strategist Steve Bannon was arrested on Thursday for financial fraud. Bannon was an advisor to President Trump for the first seven months of the Trump administration. Federal agents arrested Bannon today for embezzling money that was meant for a, “We Build The Wall Campaign,” according to the Hartford Courant.

Who is Steve Bannon?

Before Bannon worked at the White House he was the executive chairman of Breitbart News. Per a report from Breitbart, Bannon also advised Trump during the last few months of his 2016 presidential campaign. Bannon also has strong ties to the Cambridge Analytica scandal—in fact he is widely credited as the mastermind behind the data misuse scandal, as the original whistleblower called the strategy “Steve Bannon’s psychological warfare tool.“

Trump’s advisor was controversial for several reasons. According to a report from adl.com, Bannon told a reporter at the 2016 Republican national convention that Breitbart was, “a new platform for the alt right.” Bannon also supported Trump’s Muslim ban. According to a CNN report, Bannon was part of the White House council that overruled the DHS’s suggestion that, “The executive order restrictions applying to seven countries — Iran, Iraq, Libya, Somalia, Syria, Sudan and Yemen — did not apply to people with lawful permanent residence, generally referred to as green card holders.”

According to the same report from ADL, Bannon made a slew of anti-Islamic comments before he started working at the White House. For example, in 2014 Bannon stated that, “We are in an outright war against jihadist Islamic fascism.”

Bannon and three other were charged today for using money from donors that was supposed to go towards helping build Trump’s border wall for their own personal needs. Bannon pleaded not guilty, and said to the press that, “This entire fiasco is to stop people who want to build the wall.” (Per CNN.) According to Reuters, Bannon could potentially face up to forty years in prison if convicted. The “We Build The Wall,” campaign was a $25 million crowdfunding effort. Bannon allegedly promised that all of the funds would go directly to building the southern US-Mexico border wall Trump promised during the 2016 campaign.

Bannon stands accused of using hundreds of thousands of the donor money for his own personal expenses. President Trump, who fired Bannon back in 2017, said this on the matter.

“I do think it’s a sad event…I haven’t dealt with him at all now for years, literally years.”

Per the Reuters report, Bannon’s charges are being taken care of by the same office that prosecuted Michael Cohen, another former Trump advisor and Trump’s former attorney. According to Business Insider, Bannon is the seventh Trump associate to be arrested or indicted so far.

What does that mean for the “Build A Wall,” campaign? Will Bannon be found guilty? Will Trump pardon his former advisor if he’s found guilty? The jury’s still out on this situation but Grit Daily will keep readers posted.