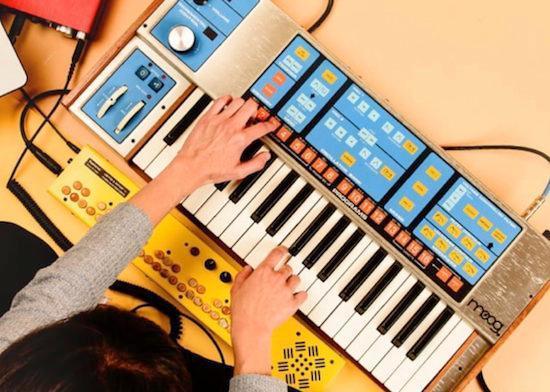 Etsy has become the go-to destination for handmade and vintage items of all kinds. Now, it’s trying its hand at a new medium. The company has just acquired Reverb, an online marketplace for music gear, for $275 million according to Billboard.

Reverb founder and CEO David Kalt confirmed the business deal in a blog post on Reverb’s blog. On July 22, he announced an agreement was signed between the two companies. He calls it an “exciting day for the Reverb community” and says that the deal should close “in the coming months.”

This acquisition may be especially meaningful to Kalt who’s blog post went on to say that Etsy is an inspiration for Reverb. He mentions Etsy’s “unwavering support of creative businesses and entrepreneurs” and that the two companies have had a “friendly relationship” for years.

Reverb is an online marketplace founded back in 2013. It’s very similar to Etsy, except that it focuses on connecting people buying and selling music equipment. Everything from amps and synths can be found and the site has a large collection of vintage items as well. Working for yourself can be difficult so it helps sellers with resources like a price guide and web hosting. There’s even an artist page where popular musicians sell their equipment.

Artists also have the option to donate items through charitable auctions Reverb hosts. Earlier this month, Mark Hoppus of Blink 182 auctioned a custom bass guitar. The proceeds went to The Trevor Project which provides crisis support and suicide prevention to the LGBTQ community. The bass sold for $81,000. Other artists such as Billie Eilish and Kacey Musgraves have also auctioned equipment for charity on Reverb. On top of that, the company donates a portion of each sale on its website to musical education efforts.

Fans of Reverb shouldn’t expect a complete overhaul of the website. At least, not yet. Kalt’s blog post specified that the deal with Etsy doesn’t equal a complete takeover. Reverb will remain its own entity but Etsy will be supporting it. Things will change behind the scenes, however. Kalt goes onto say that he will step down as CEO when the deal is complete but he doesn’t say who will replace him. Although looking at Etsy’s history with acquisitions, a complete takeover looks likely.

Etsy has been expanding for years

Reverb isn’t Etsy’s first acquisition. In 2014, the company announced that it acquired another business. A Little Market was an online marketplace in France. Etsy taking it over only increased its large presence in the global market. In the blog post where the acquisition was first announced, Etsy said A Little Market would remain independent. But in 2017, the two merged under Etsy’s name. Who knows what that says about Reverb’s fate.

Etsy also bought another online marketplace back in 2014. Grand St. was a platform that focused on buying and selling electronics. Etsy bought it for less than $10 million and said that the two websites have a “shared vision.” Even though it said that Grand St. would be able to operate independently, the following year the website was shut down.