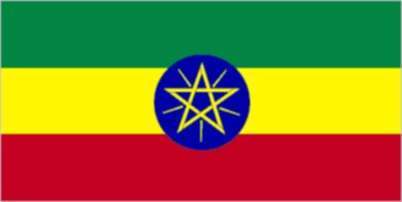 Members of the Ethiopian parliament have elected the country’s first ever female president, Sahle-Work Zewde, this week. The election has given citizens in the country hopes for greater gender equality as it moves forward. Ethiopia is now the only country in Africa to have a female head of state as of right now. Zewde, the 68-year old politician was elected by parliament under a unanimous vote after the previous president resigned just one day prior. Zewde is a highly experienced diplomat with more than 30 years under her belt.

After being elected into office as the first female president of Ethiopia, Zewde promised to focus on gender equality and the promotion of peace during her tenure in office. Zewde’s election has been met with praise by other leaders around the world, including members of the African Union and the United Nations. Zewde has been an ambassador and diplomat to Ethiopia since graduating from university in France. Her work in promoting peace has been recognized internationally.

Though still developing, Ethiopia has one of the fastest growing economies in the world. The Northeast African country has seen exponential economic growth since 2003. Despite political turmoil in the last few years, Ethiopia has maintained steady growth as a rising economic and urban powerhouse among the African countries. The economy is expected to grow over the next few years. Ethiopia’s economy has grown at a steady rate of 6.2% over the last few years. Economists predict that it will continue through 2022.

In January of this year Ethiopia banned foreign adoption in an effort to curb child trafficking issues. Such issues have arisen in recent years as the adoption of foreign children saw a rise in popularity. Angelina Jolie famously adopted an Ethiopian girl in the early 2000’s. Many children are kidnapped from their families and sold into trafficking rings to fuel the adoption economy in western countries. Since banning foreign adoption, Ethiopia is aiming to encourage local adoptions and family reunification.

Ethiopia recently announced a $7 billion USD equivalent plan to construct new roads and power sources throughout the African country. Three new roads and 13 power projects will be launched within this fiscal year. Fana broadcasting agency made the announcement this week. Officials have not said how the country will fund the project, though many speculate that China is aiding in the financial efforts.

Sahle-Work Zewde will be focusing her time as president on helping bring the country forward when it comes to things like gender equality. Ethiopia has not had a female head of state since the days of the Ethiopian empire in the 1930s. The last female head of state was Empress Zewditu who reigned from 1916-1930.