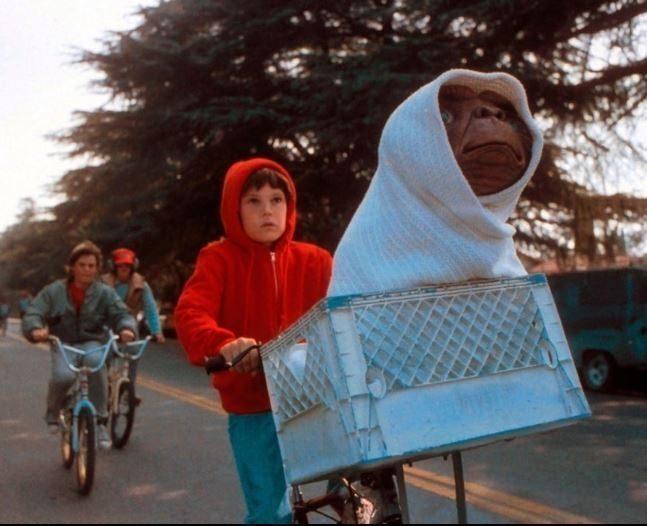 Wait, maybe the Washington County Jail will still allow him his one phone call. On Monday, actor Henry Thomas went from riding his childhood bicycle under the influence of ‘E.T.,’ to allegedly driving his car under the influence of another entity entirely…but the substance is still unknown as of the date of this article.

Thomas, 48, famously known for his lead role as young Elliott from Steven Spielberg’s 1982 film, ‘E.T.’, was arrested Monday for a DUI in Oregon, according to the Tualatin Police Department. He was charged with a misdemeanor for driving under the influence of intoxicants (“DUII”).

Under Oregon law, “under the influence” is defined as having one’s physical or mental facilities are “adversely affected to a noticeable or perceptible degree” as the result of ingesting drugs and/or alcohol.

The agency that picked him up told TMZ that another motorist had called 911 around 8:30 p.m. to report that someone was stopped in the middle of a residential intersection.

When the cops arrived, sources stated they found Thomas passed out behind the wheel, and officers had to wake him up. While Thomas’ car didn’t reek of booze, according to police, they still administered a field sobriety test. Evidently, Thomas didn’t pass, in which case, police took him into custody, booking Thomas into the Washington County Jail on suspicion of DUI based on other signs of intoxication. The Jail indicated he would be released from custody once he was sober.

Ah who knew young Henry would have that same look on his face 30 years later. Kids, whatever you do, don’t stare at any shiny fingers or go start snorting or drinking shit from extraterrestrials. It sets you on a dangerous path.

Thomas has continued his acting career in several movies in the past three decades, most recently in Netflix’s “The Haunting of Hill House.”  He previously starred in Legends of the Fall (1994), Gangs of New York (2002), and The Last Ride (2011). He also sang and performed with a band in Texas called The Blue Heelers and a Los Angeles band called Farspeaker.

Let’s just hope the Jail gave Thomas his phone call so he could phone home.