More artists are joining the NFT train, with Ervin László being one of the newest additions.

Ervin László, the two-time Nobel Peace Prize nominee,  announced on May 14th he is issuing a series of Non-Fungible Tokens (NFTs) on ViciNFT.

László, 88, is Hungarian philosopher of science and quantum theorist who was twice nominated for a Nobel Peace Prize. He also began playing the piano at age 5 and gave his first  piano concert with the Budapest Symphony Orchestra at age nine.

To learn more about László, one can watch the hour long PBS special Life of a Modern Day Genius, or read his entry in Watkins Mind Body Spirit magazine, where he was listed in their “100 Most Spiritually Influential Living People in the World.”

With a life spanning almost nine decades, László has dabbled in many arts, including poetry.

His NFT series depicts a poem he wrote in 1996, “Original Quantum World Poem” with his signature. Both fans of László’s work, as well as poetry enthusiasts, may want to look at this NFT auction, as it is a chance to own an original poem from one of the most prominent quantum theorists in our lifetime. In addition to the poem, the winner will receive a 4-minute video of original footage of László discussing his poem.

You can find the auction on ViciNFT, a website dedicated to hosting NFTs from artists and other notable authors, musicians, composers, scientists, philosophers,  athletes, and celebrities.

ViciNFT, launched by Bill Gladstone, is hosting Ervin László NFT and 25 percent of the auction proceeds will be donated to charity for environmental issues. While carbon emissions are often cited as a concern of NFTs, ViciNFT is carbon-neutral, donating a portion to charity to offset any emissions.

Gladstone is a bestselling author who has been a representative for many celebrities over the years, including Pamela Anderson, Neil Young, and Deepak Chopra. He launched ViciNFT, which has seen success with artists who are looking to launch their first NFT.

Gladstone spoke about László’s NFT, saying he was the “ideal creator” to launch NFTs for the common good. “I anticipate that the success of Ervin László’s Official NFT series will create opportunities for many philosophers and artists to help millions of people throughout the world,” he said. “László is one of the foremost thinkers of the century, making him the ideal creator to launch a collection of unique NFTs for the common good.”

László spoke about his NFT launch. He said that he was “delighted” he could raise money for charities, including his own, the László Institute. The László Institute’s mission is to  “bring together open-minded and dedicated scientists and lay people from all parts of the world and all walks of life.” László hopes his NFT can make the institute grow even more.

“This NFT honors my original thinking which subsequently led to my formulation of the concepts presented in Science and the Akashic Field,” he added.For those who are interested in the NFT, bidders can use Ethereum cryptocurrency (ETH) to bid. The auction ends Tuesday, May 18th, with the winner to be announced that evening. 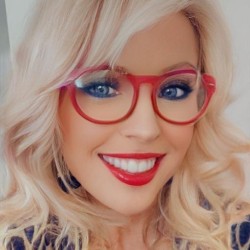 Adryenn Ashley is a News Columnist at Grit Daily.

She is a serial entrepreneur. Her latest venture, Loly.io, is a blockchain based dating app focusing on sexual compatibility. She is also an international speaker and co-founder of Slay Ventures. As a Startup Advisor her advice is coveted, whether for her abilities to viralize a global conversation, or increase a company's revenue while streamlining costs. Her expertise ranges everywhere from breaking into banks (security testing in the 1990's), to being one of the first females in AI in the 2000's, giving Ashley decades of experience in navigating the bleeding edge of what's next. Recently named the #1 Woman in Blockchain, Ashley speaks around the globe from small elite audiences of family offices to jam packed convention centers, using her signature style of humor to break down complex technologies into understandable bites of must have knowledge.