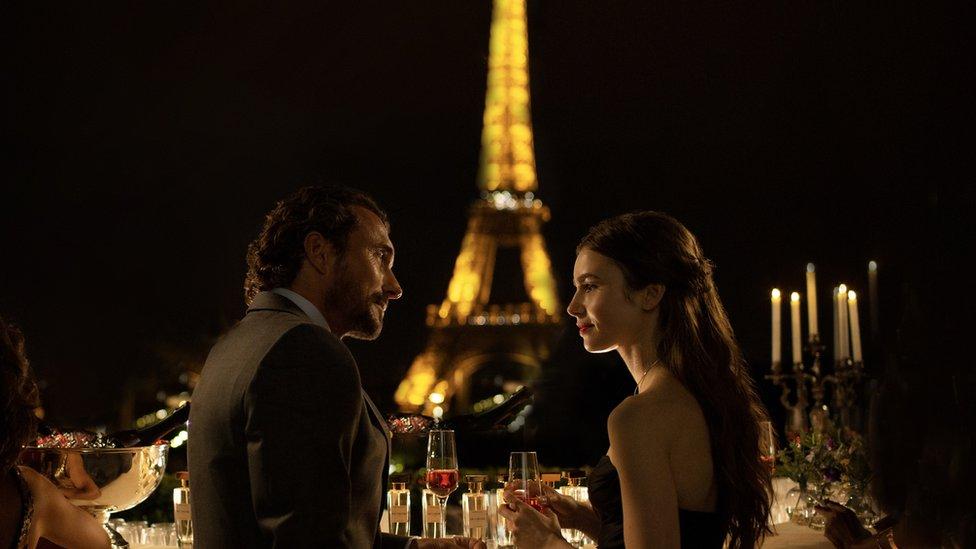 Social media has had a field day with Emily in Paris. The new Netflix series has drawn confusion, laughs, and groans across the Internet. Lily Collins stars as the titular character, whose life is closer to a cliche rom-com than reality. The show overall had decent reviews but many were in disbelief over the fantastical Emily in Paris.

Season one followed a marketing executive, Emily Cooper, as she journeyed from Chicago to Paris to provide a company “an American perspective.” Audiences didn’t lose themselves in the escapism, which presented a questionable depiction of Paris and its residents. Now, the show’s star, Collins, has responded to the widespread criticisms. “As disheartening as it sometimes is to read these things, it’s also a gift,” the actress told Vogue Arabia. “You’re being allowed to improve.”

Considering how many people were watching, talking, and tweeting about season one a second season may be in the cards. Netflix hasn’t ordered a second season yet, though. Darren Star, known for Sex and the City, created and produced the series. Star defended his show’s depiction of Paris to The Hollywood Reporter. “The show is a love letter to Paris through the eyes of this American girl who has never been there,” he said. “The first thing she is seeing is the clichés because it’s from her point of view. I’m not sorry for looking at Paris through a glamorous lens. It’s a beautiful city, and I wanted to do a show that celebrated that part of Paris.”

The French press, in particular, were critical of the series’ portrayal of Paris. Charles Martin, who’s a critic for Première, wasn’t a fan. Martin wrote that the show depicts the French as “lazy and never arrive at the office before the end of the morning, that they are flirtatious and not really attached to the concept of loyalty, that they are sexist and backward, and…have a questionable relationship with showering.” Everyone and the mother involved in Emily in Paris seem to be asked about the bewildered reactions. Collins isn’t the first actor to go to bat for the show in the press, either.

Actor Lucas Bravo, for example, acknowledged the criticisms weren’t all wrong. The show is cliche, he said, but not in a bad way in his mind. “We’re portraying cliches and we’re portraying one single vision of Paris,” he said. “Paris is one of the most diverse cities in the world. We have so many ways of thinking, so many different nationalities, so many different neighborhoods. A lifetime wouldn’t be enough to know everything that’s going on in Paris. It’s an entire world in a city. At some point, if you want to tell a story about Paris, you have to choose an angle. You have to choose a vision. French critics, they didn’t understand the fact that it’s just one vision. They’re like, ‘Oh, this is not what Paris is.’ Of course. Paris is many things.”

Emily in Paris premiered exactly a month ago and still has people talking. The headlines the series produced were frequently comical and spared no mercy. The series is fantasy, but audiences weren’t buying it. Emily’s life in Paris isn’t exactly universal. However, to be fair, many viewers have found entertainment value in Emily in Paris, good and bad. The show isn’t a joke or punchline to everybody, although the title alone already elicits laughs in some corners. As Lily Collins said, though, the criticism means there’s room for improvement.