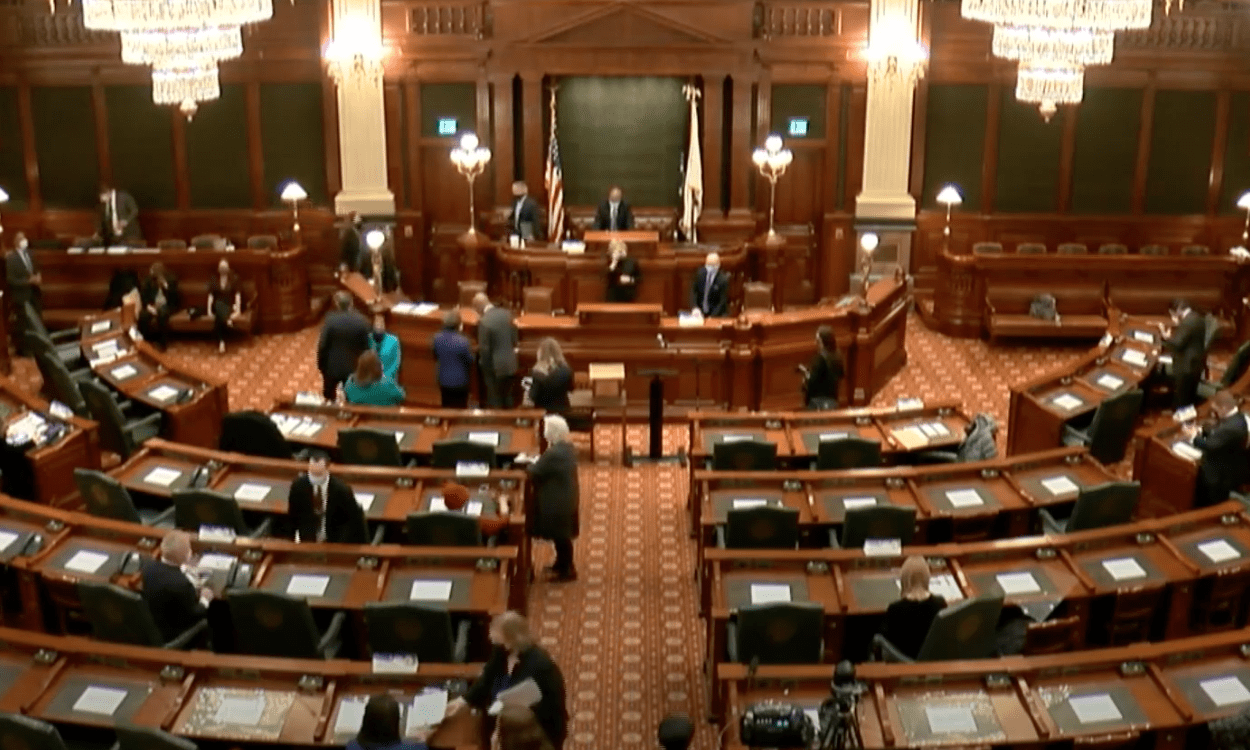 The Electoral College Vote 2020: What To Know

Right this minute, electors from all 50 states are casting their votes to confirm Joe Biden as the newly elected President of the United States.

In previous years, this tradition has gone off with hardly anyone watching. This year though, as lame-duck President Trump refuses to concede and has stated that “VOTES CANNOT BE CERTIFIED” repeatedly, audiences are now tuning in to watch Trump lose, officially. Again. And also to watch Joe Biden and Kamala Harris win. Again.

Why the Electoral College Casts Their Votes

We all voted on November 3rd already, so why is this happening now? Traditionally, official electors cast their state’s electoral votes on the “first Monday after the second Wednesday,” every four years, since 1789. They’ve always done it in December to allow any disputes or lawsuits to process.

The electors are supposed to “reflect the distribution of power across the states based on congressional representation.” The 532 members of the electoral college gather to cast the electoral votes gained during the election as a formality.

Who Makes Up The Electoral College

Members of the electoral college are usually politicians or prominent members of the democratic and republican parties. They’re chosen ahead of time, usually in the summer. For example, former President Bill Clinton and Senator Hillary Clinton are two of New York’s electors. Stacey Abrams is representing Georgia. However, most members aren’t big names. You can see your state’s electoral representatives on the National Archives website.

Do They Have to Vote For The State’s Projected Winner?

Yes and no. Technically, there’s nothing in the federal constitution that stops them from voting for someone who didn’t actually win their state. However, there are fines and penalties in state laws. This had never been an issue until 2016, 10 of the electors went rogue and voted for the other candidate. The supreme court then supported the creation of state laws that fine faithless electors.

How Are Electoral Votes Counted?

The previously chosen electors will gather at a specific time (different in every state) and cast their votes. The pandemic has affected at least one state – Nevada’s meetings will be virtual.

Each elector will sign six copies of the “Certificate of the Vote.” These will also be posted to the National Archives. The six copies are sent by registered mail to the President of the U.S. Senate to be counted on January 6th, two copies to the state’s secretary of state, two copies for the National Archives and Records Administration, and one copy acts as a backup and goes to the presiding judge in the state where the electors meet.

They will be officially counted before the inauguration, on January 6th, 2021.

Will Trump Concede? Are These Results Final?

Right now, it doesn’t look like President Trump will concede the election regardless of the results. However, it is not a requirement for him to concede or acknowledge the results.

While the electoral college’s vote is final, there is still some room for Trump to try and stop the process. Pundits are expecting a show on January 6th, when the votes are counted. During that process, lawmakers may raise objections. If an objection is raised from both a house and senate member, the two houses of congress must adjourn to their chambers to consider the objection. Will this overturn the election results? Absolutely not likely. It will make the process difficult and time consuming.