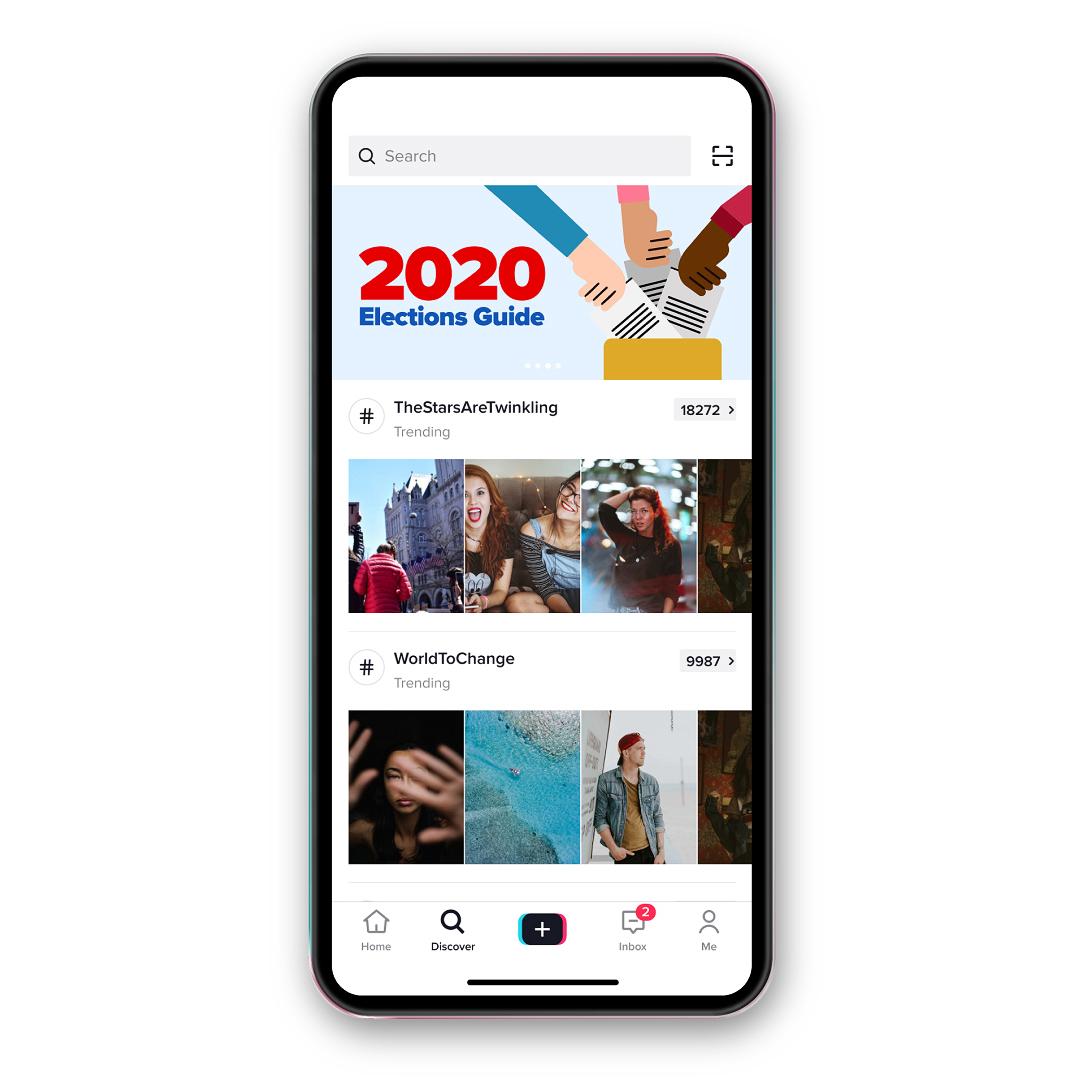 TikTok is the latest social media giant to launch an information center dedicated to voting and election information. As social media companies struggle to control the spread of misinformation on their platforms, many have opted to including a button to inform voters about the election within any content that mentions or brings up topics surrounding elections, politics or voting in the United States.

Though TikTok is in the midst of a tough battle with the Trump Administration over a potential ban in the United States, it is working to disseminate bad information that might circulate the platform prior to the 2020 Presidential election. The company announced this week that it would be launching a new feature immediately to all of its 100 million monthly active U.S. users that would offer vital information about the upcoming election, how to vote and about the candidates involved.

Users can find the button that links to the voter information center at the bottom of relevant videos relating to the election or other political content. The information center will offer accessible information as the company has partnered with organizations like SignVote to deliver content about the election in sign language. “SignVote is the only dedicated platform that provides deaf communities with accessible political conversations in American Sign Language. We are proud to partner with TikTok in recognizing that a truly equitable world, and election, is possible when we ensure all community members take part,” said Leila Hanaumi, the Strategic Engagement Director at SignVote.