With Venture Capital Firms investing in startups at an unprecedented rate, startups have become more prone to acquiring competitors to grow their business, according to Crunchbase. Since the start of 2021, more than 530 companies in the United States have acquired other private companies, with 268 (more than 50%) of those acquisitions being completed by […]

With Venture Capital Firms investing in startups at an unprecedented rate, startups have become more prone to acquiring competitors to grow their business, according to Crunchbase.

Since the start of 2021, more than 530 companies in the United States have acquired other private companies, with 268 (more than 50%) of those acquisitions being completed by venture-backed startups.

This number represents the highest level of acquisitions by startups over the past decade, surpassing the previous record of 2016.

The market has become increasingly competitive as startups received increasing attention over the past years, making it necessary for investors and companies alike to participate in the Mergers & Acquisitions market. Michael Torosian, a partner at Baker Botts, referred to the trend by stating:

“Right now we have everything hitting on all cylinders. Those acquisitions feed returns for the backers of those target companies, who then are able to distribute those funds and then easily fundraise again for their new funds, and then put more money into the startups.“

Torosian also referred to the lagging of public buyers compared to the private sector, which he associates with the preference for equity rather than cash. Venture Capital yes.

This would result especially attractive due to how robust the market is at this time, improving the chances of growth in the future.

While many experts believe that antitrust measures are on the rise could be the reason behind the increase of M&A activity. However, partner at Foley & Lardner LLP Louis Lehot disagrees with this analysis: Venture Capital.

“I don’t think the fact that antitrust is tightening has been a reason that people are doing deals up to now, but I think the tightening will put the brakes on M&A. … I think the new head of the FTC is going to start issuing second requests to all the HSR filings that come in.”

This means that more scrutiny to the M&A market could be coming early next year, which would make M&A deals take longer to complete, drastically reducing the current levels of activity. 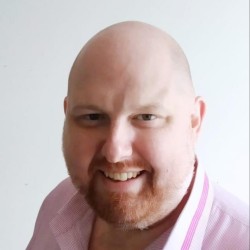