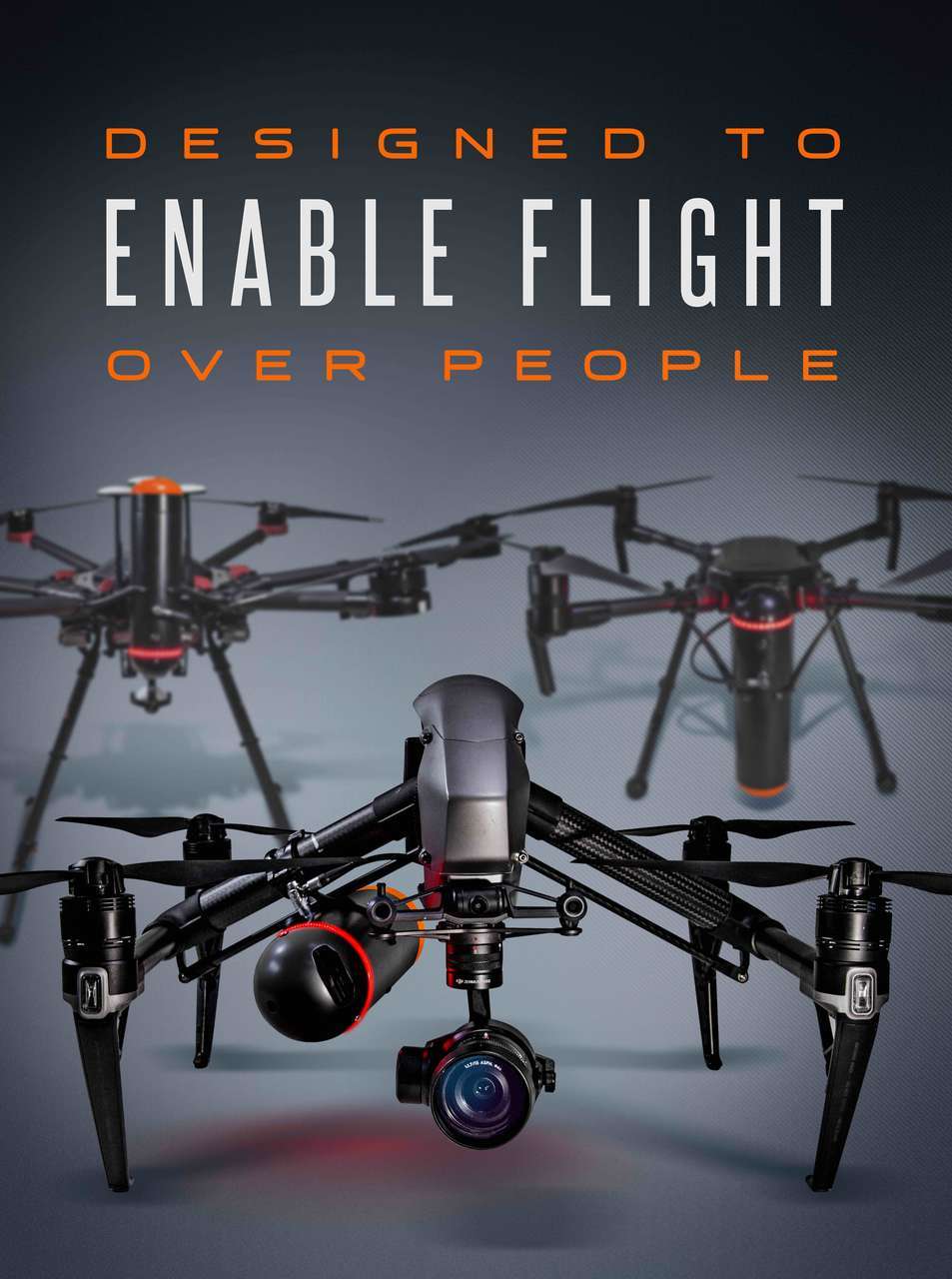 As the only company to publicly prove and validate the functionality and reliability of parachute recovery systems, Indemnis now is able to provide drone technology in a way nobody, including world leading drone manufacturer, DJI, has done.

In order for the commercial drone industry to expand from a regulatory standpoint, we must look to two things:

According to the FAA, as of January 2018, there are over 100,000 Part 107 commercial pilots in the U.S. using drones in business. The danger in operating drones over urban environments is that flight conditions are constantly changing. The current technology on the market makes drones unpredictable in time of failure.

“When a 20-pound object falls out of the sky, it’s not just hurting someone, it’s killing someone. That is not a risk the public should have to accept.” –Amber McDonald, CEO of Indemnis

I was able to speak with McDonald about how they came to create this technology.

Indemnis has worked with all the industry leaders including DJI, Amazon, Uber, Intel, Precision Hawk, and Google on the ASTM F38 committee. The company has been working with the committee for the past two years on various standards in the UAV community.

“The ASTM standard is a scaled-down version of Indemnis’ internal testing standard,” explained the CEO. “What this means, is that we’ve already met all the flight requirements and then some. From a technical level, our product exceeds the standard.”

When it comes to implementing the technology itself, the industry has fallen short. According to McDonald, it’s all about creating a functional parachute recovery system.

“Even DJI, the largest drone manufacturer in the world, previously tried to get parachute systems to work on their drones and failed. They partnered with an existing parachute company called Parazero, to create the DJI Dropsafe (which was based off the current Parazero Safeair technology). It never worked and was removed from the market in a matter of months,” McDonald explained to me.

“What everyone has come to realize, is that they don’t work; a conventional parachute will never work.”

Andrew Rossow: What has been the biggest challenge thus far?

Amber McDonald: Since so many others have already tried this, it’s an uphill battle in trying to prove that in fact, we have created something that works.

Recognizing the technical limitations of current parachute lines of an everyday recovery system, Indemnis, was able to accomplish something that nobody in the industry has been able to do.

“From a technological standpoint, the failure dynamics of multi-rotor aviation are very different than fixed wing and in a failure scenario they go into a high speed roll and tumble. If you attach the parachute lines to the airframe, the chance of entanglement is too great and there is little potential for success.”

Unlike Indemnis, the other competing systems available on the market attach the parachute lines directly to the airplane. McDonald told me that the key is the inflatable tube – when it is deployed, the tube moves the attachment point of the parachute lines out about two feet of the roll radius. In other words, as the drone is falling and rolling, the parachute lines are always outside of any potential entanglement.

AR: Conceptually, how does this work?

AM: The way we do it is by taking the inflatable tube and inverting it, then stuffing the parachute inside of it. The tube is what launches the parachute at a high speed of 90 mph within 30 milliseconds.

According to the company, the exploit here lies with the material behind the deployment.

McDonald told me that in order to engineer the technology, they needed a lightweight material. That’s when they stumbled across Dyneema, the strongest fiber on the planet.

Known for its use in ballistic armor, it is fifteen times as strong as steel. But, the issue with its use in the industry was that it hasn’t been successfully bonded or welded to a strength that makes it functional for rapid inflation.

“We discovered a way to weld it, eventually creating a deployment tube that stays rigid after the parachute launches, ensuring its attachment point lies outside of the drone’s roll radius.”

“We were able to take a composite form of it and weld it to itself,” said McDonald.

“In order to create the inflatable tube, we created a bond that was stronger than its base material. Nobody, including Dyneema, has been able to do this in over forty years. That’s the real breakthrough with what we are doing.”

Currently, the company is in the process of going through its engineering data. Later this month, it is conducting the first crash tests into cadavers, with the FAA as witness.

Other countries, including Europe and France, have also mandated functional parachute systems on drones in certain flight situations, but the problem, according to McDonald, is the lack of a testing standard attached to them.

“With Indemnis, our country exceeds the safety standards already in place in other parts of the globe. The U.S. wants to be at the forefront of drone aviation, and the rest of the world is waiting for us to make our move.”