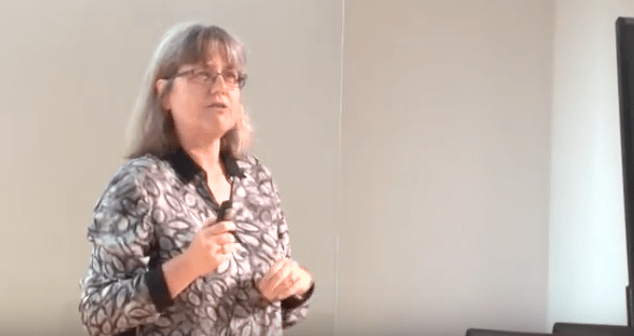 This week, Canadian Donna Strickland became the third woman ever to win the Nobel prize in Physics for her development of Chirped Pulse Amplification.

Strickland will be sharing the £998,662.97 prize with Gerard Mourou from France and American Arthur Ashkin.

BREAKING NEWS⁰The Royal Swedish Academy of Sciences has decided to award the #NobelPrize in Physics 2018 “for groundbreaking inventions in the field of laser physics” with one half to Arthur Ashkin and the other half jointly to Gérard Mourou and Donna Strickland. pic.twitter.com/PK08SnUslK

Each of the scientists won for their “use of light to create tools.” Mourou and Strickland “developed a method of generating high intensity ultra-short optical pulses,” according to Strickland’s professor bio. Strickland worked on her PhD under Mourou, so the two have been colleagues for a long time.

Strickland is the first female physicist to win a Nobel prize since Maria Goeppert-Mayer who won 55 years ago for her discoveries on the nuclei of atoms. Many women across the internet pointed out that Strickland is the first time they’ve seen a woman win a Nobel prize in physics within their lifetimes. The only other female Nobel Prize winner for physics is Marie Curie, who was the first to shatter that STEM glass ceiling.

“I thought there might have been more but I couldn’t think. Obviously, we need to celebrate women physicists because we’re out there. Hopefully, it will start to move forward at a faster rate. I’m honored to be one of those women,” Strickland said at a press conference after she was told she’s only the third-ever female winner of this prize.

In addition to Strickland’s rise to the top being a pretty badass move, she’s kinda the queen of lasers, which is pretty awesome. The invention that got her and Mourou the prize is used for laser eye surgeries around the world, allowing doctors to treat patients more precisely. The lasers Strickland created are also used to cut and drill extremely accurate holes in dense materials.

Strickland refers to herself as a “laser jock,” and rightly so. Mats Larsson, a member of the Nobel Committee for Physics, says that her work, along with the other winners, “was science fiction for a long time.”

Arthur Ashkin also won half of the prize money for his work on optical laser tweezers. Ashkin’s win is also pretty significant, as he became the oldest prize recipient at age 96.

Michael Moloney of the American Institute of Physics in a written statement, “The countless applications made possible by their work, like laser eye surgery, high-power pettawat lasers, and the ability to trap and study individual viruses and bacteria, only promise to increase going forward. It is also a personal delight to see Dr Strickland break the 55-year hiatus since a woman has been awarded the Nobel Prize in Physics, making this year’s award all the more historic.”

Strickland was born in Guelph, Ontario in 1959. She received her first physics degree from McMaster University in 1981, before going on to study optics at the University of Rochester, in New York state whilst working on her PhD. This was where she created the Chirped Pulse Amplification for which she won the 2018 Nobel Prize.

Strickland now teaches at the University of Waterloo, in Ontario. She also has her own team of graduate students and an ultrafast laser lab where she does most of her research.