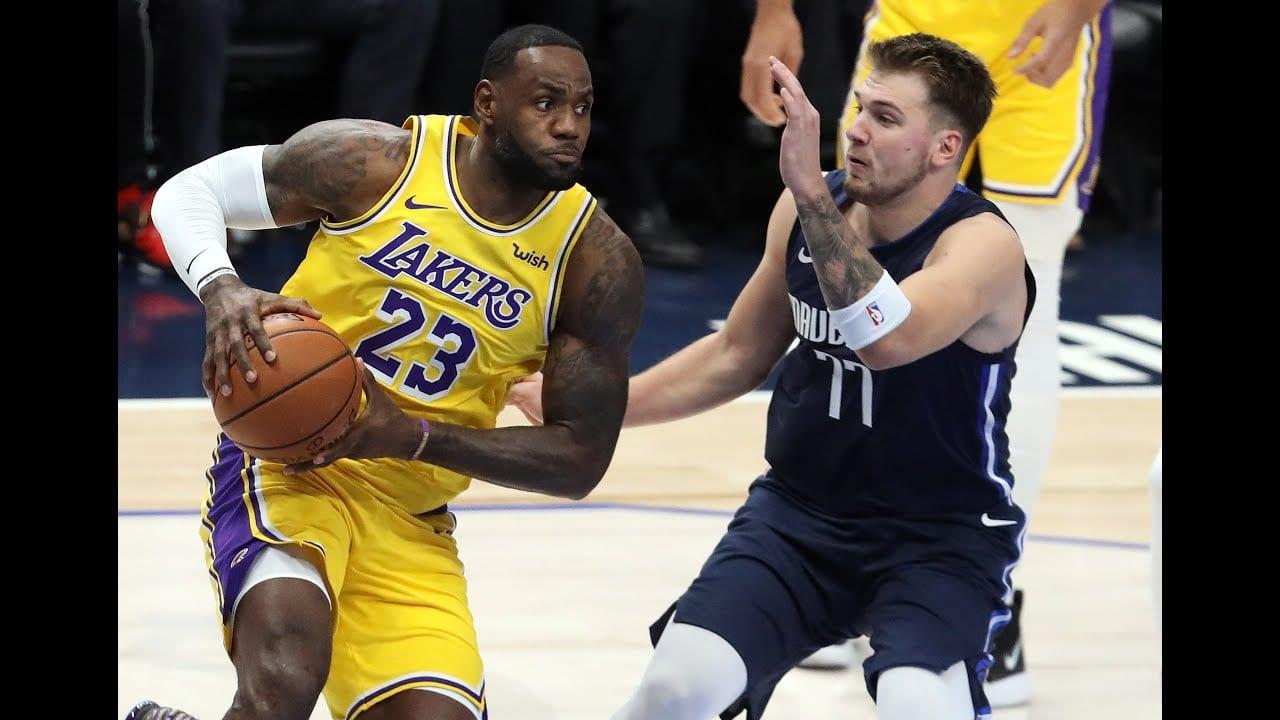 Can Doncic replace LeBron as face of the NBA?

Luka Doncic has risen to the peak of the NBA and has been hailed as the next great player in the league by players, coaches and pundits alike. The 20-year-old has excelled for the Dallas Mavericks, averaging almost 30 points per game for the team this term. He has equaled the feats of the great LeBron James at his age, producing brilliance in all aspects of his game.

Kawhi Leonard has hailed the quality of Doncic, claiming that he is one of the strongest candidates for the MVP award, with the Mavericks man being backed in the NBA odds at +500 to win the title in only his second season in the league. LeBron has been more effusive in his praise of the forward.

From all corners of the league, Doncic has been hailed as the next great player in the league. With LeBron beginning to show signs of ageing, it’s time for the mantle to be passed down to the next man to become the icon of the league. There are great players with similar ability to LeBron currently operating at an incredible level – Giannis Antetokounmpo, James Harden, Kevin Durant, Anthony Davis, Steph Curry and Leonard would all feature in the top 10 players in the NBA at the moment.

However, the league has always enjoyed a leading man to become the face of the sport. Whether it was Michael Jordan during the 1990s, Magic Johnson in the 1980s and Kareem Abdul-Jabbar in the 1970s and even before that with Bill Russell in the 1960s. Doncic could be the next icon of the NBA to carry the sport for the next 10 to 15 years. The other players mentioned are outstanding players and have comparable talent to Doncic.

They should be the next in line to replace LeBron as the face of the league, although none quite have the personality and character of the five-time MVP. The 35-year-old is loved by his own fans and hated by opposing supporters. He has displayed his comedic side in television and films on Saturday Night Live, Entourage and Trainwreck. There’s unlikely to be a country in the world where LeBron is not recognised. It’s a hard act to follow, and it’s one thing to produce performances on the court, but it’s another to become the global brand that carries the fortunes of the league.

Brand recognition is almost as important for the NBA than the product that they put on the court. Their star man has to enjoy a clean image, with the ability to carry his personality over to the public. It remains to be seen whether Doncic can do that and it’s a hard act to follow, especially considering he’s not American and English is his second language, having been born in Ljubljana, Slovenia. Bucks Milwaukee forward Giannis was also born in Europe and has been a revelation during his NBA career, but his personality has not lent itself to become a brand, while he’s not in the best location to really push the agenda in the north of the United States.

It’s important for the NBA to have that one figure at the top. The NFL has enjoyed the presence of Tom Brady for 20 years as its icon and the transition to the next generation appears to be seamless as Patrick Mahomes looks set to take on the mantle. The MLB has endured problems appealing to the next generation after the retirement of Derek Jeter among others.

Mike Trout is the best player in the league, but outside of the United States or even in some quarters of the country – he could go unnoticed in a large crowd. It’s good for Trout, but not for the MLB. The NBA cannot afford to follow in that wake, and it’s important for them to have recognizable faces in the next crop of talent led by Doncic.