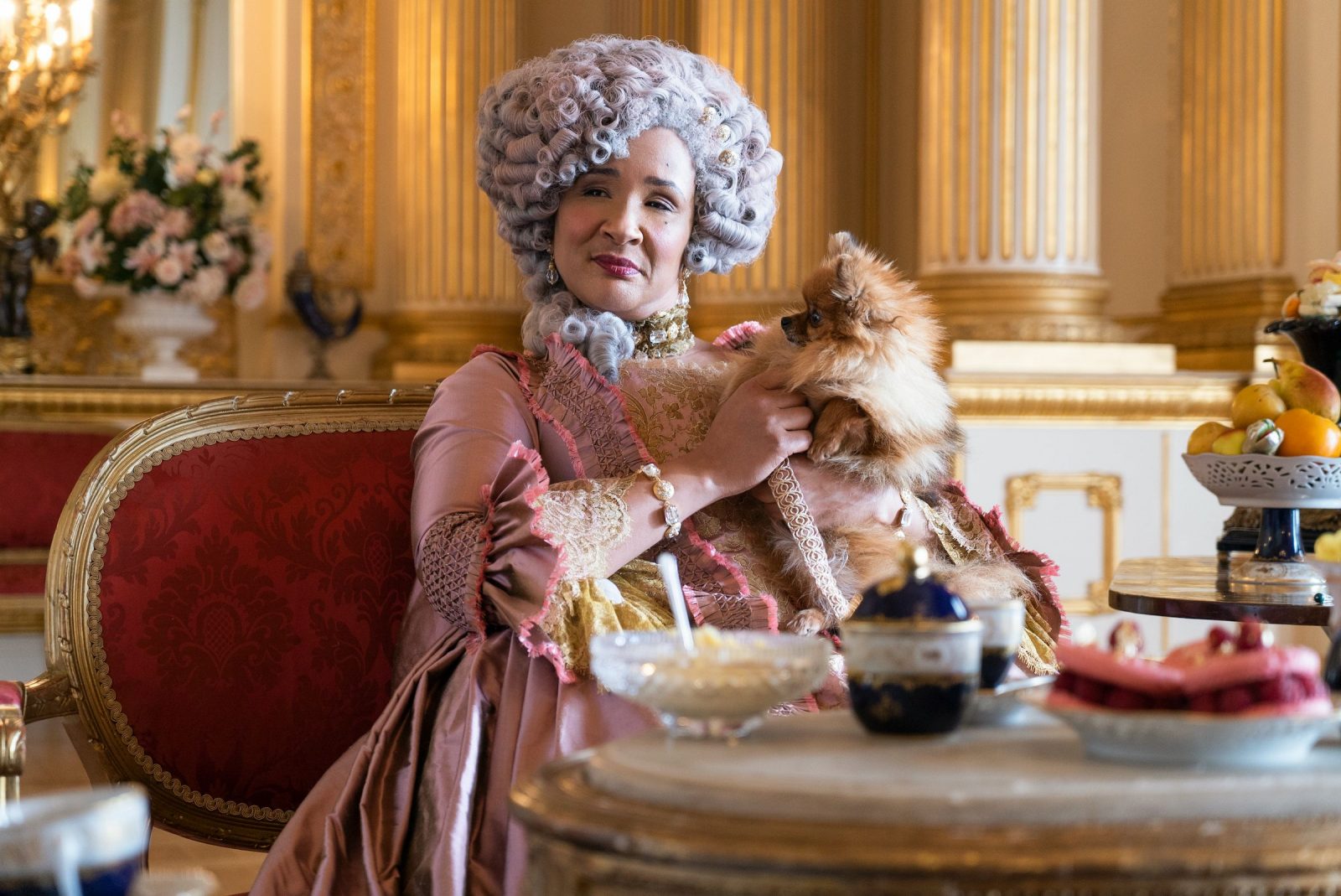 The popular new Netflix series Bridgerton makes it quite clear whose opinion matters most in polite society. While the young lords of Bridgerton are desperate to find suitable wives, it’s the queen of England who can make or break the reputation of the young women who bow before her, eager to make a good first impression. The Queen Charlotte of the Bridgerton universe did exist in real life, and she was in fact actually married to the infamous English King George III.

Charlotte Mecklenburg-Strelitz (portrayed by Golda Rosheuvel in the Bridgerton series) was born in Germany and married England’s King George III when he was 22 and she just seventeen. Some historians have referred to Charlotte as “England’s first Black queen.” This is due to the fact that Charlotte was supposedly a direct descendant of a Black branch of the Portuguese royal family via Margarita de Castro y Sousa.

The claim of Charlotte’s Black heritage was first made by historian Mario de Valdes y Cocom. Cocom has argued that Charlotte’s relation to Margarita de Castro y Sousa meant that she was Black. This is because Margarita de Castro y Sousa’s ancestors could be traced back to 13th century monarch Alfonso III, the first ruler to be called the emperor of all Spain and Alfonso’s lover Madragana. Madragana, Cocom said, was a Moor, or a Black African, thus explaining Charlotte’s Black family heritage.

Cocom’s research has never been verified as historically correct, so at this point is more like a very interesting historical theory. Some detractors say that Cocom’s heritage claim is flimsy or irrelevant. A spokesperson for Buckingham Palace stated that, “This has been rumored for years and years. It is a matter of history, and frankly, we’ve got far more important things to talk about.”

However, if Cocom’s statements are true that would mean that the English royals from Queen Victoria all the way to Queen Elizabeth II would have also have Black ancestors, thus diversifying the royal family bloodline. After all, Charlotte was Queen Victoria’s grandmother.

Cocom also argued that portraits of Charlotte, like the two pictured below by Scottish portrait artist Allan Ramsay emphasized her Black facial features in a way that was not characteristic for the Regency Era.

“Artists of that period were expected to play down, soften or even obliterate undesirable features in a subject’s face. Sir Allan Ramsay was the artist responsible for the majority of the paintings of the queen, and his representations of her were the most decidedly African of all her portraits.”

Charlotte had fifteen children, and was a patron of the arts and botany. She was trained in music by the son of Johann Sebastian Bach. It was Charlotte who invited a young Mozart to stay in England for a year and the pair even played a duet. Charlotte and King George III did appear to genuinely love each other, with Charlotte writing this to her husband in 1778.

“You will have the benefit by Your voyages to put Spirit in every Body, to be more known by the World, and if Possible more beloved by the People in general. That must be the case, but not equal to the love of her who subscribes herself Your very affectionnate Friend and Wife Charlotte.”

The story behind Queen Charlotte’s possible Black ancestry is both interesting and mysterious. Regardless of whether or not Charlotte was Black, it’s great that Bridgerton has a Black queen and a diverse cast including Reje-Jean Page as the Duke of Hastings. Perhaps historians could take a royal DNA sample from one of Charlotte’s descendants and draw a conclusion on this interesting historical question once and for all.