You may be wondering. And it’s okay to ask. What exactly is a DisplayPort to HDMI cable?

Let’s introduce a situation where you might need the aforementioned cable. You’re about to travel to a friend’s house in another state. You’ve got a movie saved on your laptop that you really wanted to show to your friend on their big-screen television.

Maybe it’s a film you shot yourself! Don’t let your hard artistic work go to waste by showing a film on a small laptop screen. Invest in a DisplayPort to HDMI cable so you can easily transfer files from your computer to a television screen for convenience and a better viewing experience for everyone involved.

We have rounded up the seven best DisplayPort to HDMI cables on the market to make the search easier for you.

If you’re in a hurry, here are our top 3 quick picks for the best DisplayPort To HDMI of 2021

Criteria for Choosing the Best DisplayPort To HDMI

For the sake of brevity, we will hereafter be referring to the DisplayPort to HDMI cables as a cable.

The tricky thing with cables is that after perusing lists they all start to look the same. What makes one better than the other?

Durability: Do you have pets? Do they like to chew things in their vicinity? Even if you aren’t in any danger of hungry, curious chewers, it’s important to get a cable that is durable and strong. Nothing is more frustrating than buying something that breaks quickly a few weeks or days after.

What Do You Need From Your Cable? Do you want a cable that transmits video in 4K? Do you just need something simple where you can plug and play right away? Certain cables have different qualities and attributes, but most importantly we’ve listed cables that get the basic job of transmitting from computers/other compatible devices to televisions.

Price/Reviews: Does price correlate to quality? We will investigate the price of each cable and see if the reviews are great or mixed. Reviews are always one of the best markers for product quality.

The Benfei cables come in two lengths: 6 feet and 3 feet. Both lengths are reasonably priced, as in you won’t spend more than fifteen dollars on one Benfei cable. This cord is gold plated and can provide quality graphics of up to 1080 p for HDTV or 1900 x 1200 for PC graphics. The DisplayPort connector comes with a latch for extra connection stability. This cable also has a mirror mode and extended mode, which enhances the overall effectiveness of the cable. The Benfei cable also comes with an 18-month warranty for added peace of mind.

Review wise the Benfei cable has a 4.5-star rating based on an average of 11,165 global reviews. 8,201 of those ratings are five-star reviews.

Next on our list is the Amazon Basics cable. This cable promises high-quality picture and audio due to the cable design, with gold-plated connectors, bare copper conductors, and foil and braid shielding for enhanced picture performance. This cable can support picture resolution up to 4K (note, this is at 30 HZ.) Another nice thing about this cable is that it does come with a one-year limited warranty. You can get this cable in several lengths, from 3 feet, 6 feet, 10 feet, 15 feet, and 25 feet.

Note: A unidirectional cable means that the cable only works in one direction.

Review wise this cable currently has a 4.6-star rating based on an average of 26,924 global reviews. 20,437 of those ratings are five-star reviews.

The Rankie cable is also unidirectional and is triple-shielded to enhance and protect the signal transmission. As noted in the product label, this cable can support a video resolution of up to 4K at 30 Hz. You can purchase this cable in a 6, 10, or 15-foot length, all at reasonable prices under twenty dollars. The connectors for this cable are also gold-plated, which helps protect against corrosion and helps to ensure a more stable signal transmission. This cable also has a latch built into the DP connector.

Review wise the Rankie cable has a 4.6-star rating based on an average of 42,023 global reviews. 32,647 of those ratings are five-star reviews.

Well, now we’ve at least got a bit of variety in cable color! Aesthetics aside, the Warrky cable connectors are coated in 24 karat gold, with an aluminum casing and nylon jacket on the cable itself for extra durability. This cable can support a video resolution of up to 4K at 30 Hz as well. Warrky touts their latch-free design as a better option over latches and says that their cables are designed for a secure connection.

Review wise this cable currently has a 4.6-star rating based on an average of 6,665 global reviews. 5,355 of those ratings are five-star reviews.

The Anbear cable is reasonably priced and also comes with extended and mirror mode. This cable also comes with a clip lock on the DisplayPort connector and can support picture resolutions of up to 1920 x 1200 at 60 Hz. The connectors are gold-plated and again, keep in mind like all of the other cables on this list that the Anbear cable is uni-directional. The product is clearly advertised for its capabilities.

Review-wise the Anbear cable has a 4.5-star rating based on an average of 2,756 global reviews. 2,091 of those ratings are five-star reviews.

The Capshi DisplayPort to HDMI Cable

Review wise the Capshi cable has a 4.6-star rating based on an average of 5,301 global reviews. 4,201 of those reviews are five-star ratings.

Rounding out our list is the Cable Matters cable. You get a two-pack for less than twenty dollars. This cable supports picture resolution of up to 1920 x 1080 at 60 Hz and is also HDCP compatible (for protected content, the company notes.) The connectors are gold-plated and the interior design includes bare copper conductors with wire insulation, foil shielding, braided shielding, and a flexible PVC jacket

A DisplayPort to HDMI cable is one of those items that you may not have even known you needed, but they can certainly make your life easier! We hope you were able to benefit from this list. Remember, it’s not always necessary to break the bank to find a good quality product. A good quality cable can really help at home and for work as well. Cory Mackey is a Staff Editor and the Affiliate Director at Grit Daily. 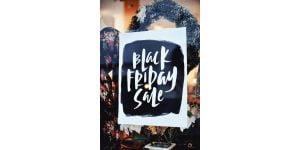 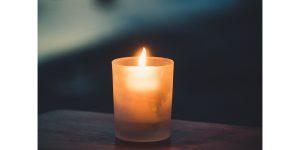 The Best Candle Warmers of 2021 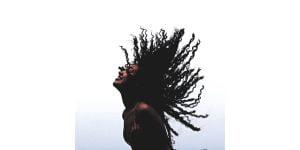 The Best Hair Crimpers of 2021 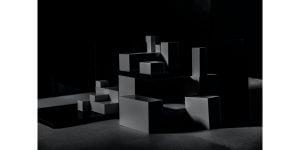 The 10 Best Infinity Cubes To Help With Anxiety And Disorders 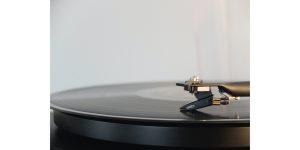 The Best Portable Turntables of 2021

The Best Braiding Hair for Jumbo Box Braids of 2021