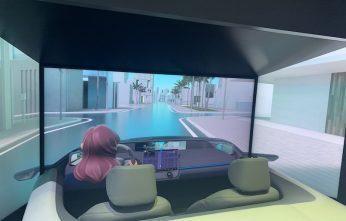 I’m fresh from a couple of days wandering the halls of the Consumer Electronics Show, affectionately known as CES — the annual conference that descends upon Las Vegas in January and proffers the latest in technological solutions to improve every aspect of our daily lives. This was my first time attending the world’s biggest technology conference, where 4,500 companies this year were vying for the attention of 180,000 attendees, according to my Uber driver. Judging from the crowds, that estimate sounds about right.

As I made my way through the mob at the massive Las Vegas Convention Center and other conference venues, I tried to get a sense of the common themes defining consumer innovation as we begin a new decade.

Yes, there were a lot of big TVs, something for which CES is known. Samsung is making news for unveiling a bezel-free television that “disappears” by displaying an image that matches your wall. Sharp and Konka showcased transparent display screens, in Konka’s case taking the form of “smart windows” you could install in your house to augment the world outside with digital animations.

LG had probably the most impressive digital display in terms of size and beauty: a huge curved screen that offered immersive, breathtaking images of nature and space.

On the smaller end of the spectrum, flexibility was the word of the day. Samsung showcased phones with a foldable screen, LG had a 5G phone that folds open to reveal two screens side by side, and a company called Royole offered an impressive array of nearly paper-thin, bendable screens embedded into purses, backpacks, and other everyday items.

As far as what all of this adds up to, it’s clear that screens of various dimensions remain our most popular interface, and that we can expect to see them appearing in an ever more diverse range of objects and settings.

This is part of a larger theme that may in fact be the dominant message of this year’s CES show overall. You might call it “intermodal connectivity”: the idea that every object is potentially both an interface and a node in a network. I’m reminded of R2D2 shutting down “all the garbage mashers on the detention level” from his perch in a distant control room. We are, more and more, becoming like R2D2 ourselves, able to link to any system from any entry point in order to gain control over our environment.

Judging from the evidence at CES, both Google and Amazon seem intent on integrating their voice assistants with just about every consumer device on earth, from stoves, refrigerators, and dishwashers to light bulbs, robot vacuums, smart locks, Bluetooth headphones, electrical sockets, car chargers, and much more. In fact, Google and Amazon both showcased smart faucets that let you create presets to fill different pots with precise volumes of water.

And, of course, there are the automobiles. Amazon boasted a shiny red Lamborghini in its space at the Venetian, reportedly the first automaker to feature built-in Alexa controls. Amazon also had a Cadillac Escalade on display, part of its promotion of a new partnership with GM whereby Alexa will be built into vehicles from 2020 onward, with 2018-2019 cars also able to add Alexa functionality via an over-the-air upgrade.

As for Google, its large external exhibit space outside the Las Vegas Convention Center showcased both the BMW X5 and the all-electric Volvo XC40 Recharge. The BMW has Android and Assistant integration that requires you to have your phone with you; but the Volvo has its own built-in Android operating system featuring Google Maps, Google Assistant, and the Google Play Store.

Just the other day, a new consortium of major tech companies including Google, Amazon, and Apple announced that it would work to create a common standard for smart home devices. You can see why they’d want to do this in order to speed the adoption of smart-home technology among consumers who may not want to stick with one company’s products.

It’s also apparent from the products on display at CES that tech companies are highly dependent on consumer device manufacturers — from Kohler to Samsung to BMW and hundreds of others — to build out their connected ecosystems. One imagines that the device manufacturers would benefit most from a common standard. It doesn’t make much sense for Kohler to develop a smart faucet that only links to Google devices when it could make one product that works on any network.

Wearables are rightly treated as their own category, but for this discussion I’ll group them with other types of connected devices. In a world of intermodal connectivity, it’s not particularly important whether you’re at work, in your kitchen, in your car, or out and about — interfaces and linked technologies will be in all of those places and more. Wearables are just one more instance.

Aside from a plethora of smart watches — and the aforementioned purse with embedded screen — the most notable theme in wearables this year is smart glasses that don’t look like smart glasses. Compared with the cyborgean appearance of Google Glass, newer entries from companies like Bosch, LetinAR, Amazon, and North look like normal glasses with slightly thicker frames.

These newer smart glasses seem much more likely to appeal to a broad audience, especially if price points are more attractive than they have been in the past.

Among the newsmaking announcements at this year’s CES is the unveiling of Samsung’s new “artificial humans,” marketed under the brand Neon. The creations themselves are also called “Neons,” as in, “This Neon is programmed to speak Spanish.” Neon simulations look remarkably lifelike, though they are said not to be based on specific individuals. In a presentation, the Neon team explained that Neons can switch between programmed activities and an “autonomous mode” where they can respond naturalistically to input from humans, such as laughing when they hear a joke.

Use cases for Neon are situations where a human presenter, coach, or commentator currently performs a job that could be replaced with a simulation. For instance, the exhibit showcased simulations of a stewardess offering safety instructions on an airplane, a personal trainer guiding you through a series of squat exercises, and a teacher reading a picture book.

The Neon team reported that the technology used to power its simulations is only a few months old, but further announcements as to how Neon simulations might be incorporated into real-world contexts would be forthcoming later this year.

Though it might not be obvious how artificial people match my proposed theme of intermodal connectivity, the Neon project certainly aims, like Alexa and Google Assistant, to bring technology to a human level, allowing us to form naturalistic, perhaps even emotional connections to the devices that surround us. Whether we are ready for simulated humans remains to be seen — though we may be better off assuming they will soon be a reality.

I haven’t said much yet about Street Fight’s theme for January, consumer privacy, but it was definitely a concern in evidence throughout the conference. For instance, Google was careful to address privacy in its exhibit, with a demonstration of the privacy controls you can enable by asking, “Hey Google, how do you keep my information private,” or telling Google Assistant to “delete everything I said this week.”

Facebook and Apple have also made news at CES on the privacy front, with executives from both companies appearing on a panel devoted to data privacy. Throughout the conference, numerous startups and established companies gestured to privacy in various ways.

In the Eureka Park room at the Sands, where newer startups from around the world exhibited innovative products, several companies had offerings that advertised built-in privacy. Three examples from France were FindOut, a document search and storage tool; Private Discuss, a workplace communication and conferencing platform; and Mapwize, an indoor mapping solution. A representative from Mapwize explained to me that clients like government offices and conference promoters are particularly concerned with keeping location information limited to a select group of users, making privacy a fundamental component of the company’s services.

Local Search as a Given

What about local search, my ordinary topic of discussion in these columns? Search, mapping, and navigation cropped up frequently in a variety of settings. Samsung, for instance, exhibited an embedded 5G technology for automobiles that combined local search use cases with driverless travel, gaming, videoconferencing, and other features.

Echoing the theme of connectivity, Samsung’s presentation emphasized connections among multiple cars, people, and components of a larger infrastructure. For example, connected cars communicating with each other are able to provide reporting of driving conditions and make adjustments on the fly; cars connected with points of destination, such as a sports stadium, can be guided directly to available parking spots.

As for Google, many of its Assistant demonstrations took local search use cases as a given, showing that the company thinks of local search as table stakes for Assistant users. For example, Android tablets, Google Home speakers, and Assistant-enabled televisions were shown as family-centric devices that let any family member call popular contacts or find out if the local pizza place is still open.

Other contexts for search and mapping were on display from companies like HERE, which showcased its ability to provide mapping and navigation services that make use of inputs from multiple data sources. For instance, a representative walked me through the integration of HERE maps and traffic data with the Glympse product delivery platform to create status messaging in the Domino’s Pizza app, where users can monitor the progress of their orders from oven to front door.

I could go on; suffice to say there’s a lot to take in at CES, and I’m sure I’ll be mulling it all over for at least the next several days. Many of the products at the show are available in stores today; others are just concepts pointing to future possibilities. In all, the show demonstrated over and over again that more interconnected technologies are a near-term certainty. 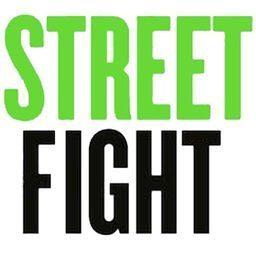 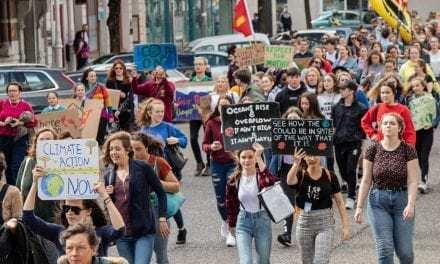 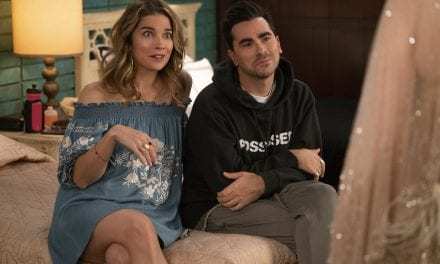 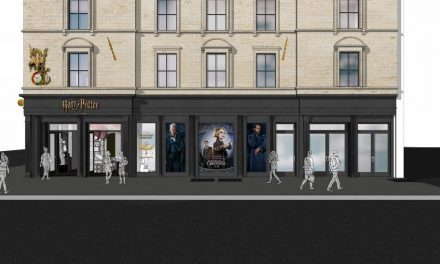 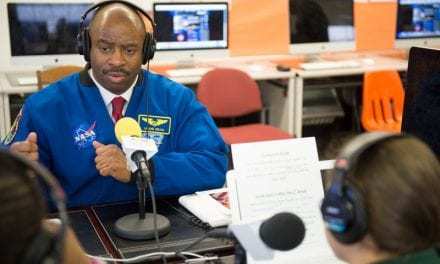