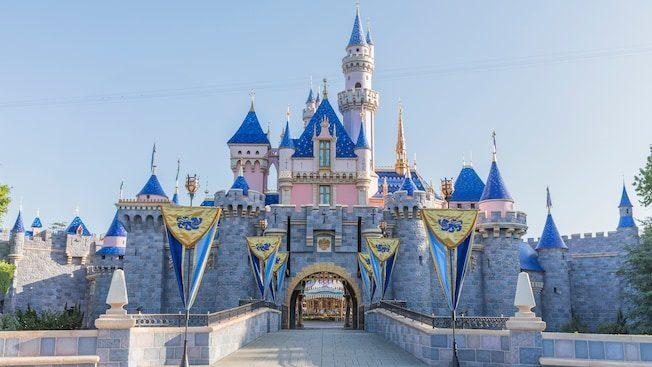 Disney is Laying Off 28,000 Employees

Disney has laid off 28,000 park employees. With attendance low at Disney World and Disneyland still closed, parks have suffered the most for Disney. According to the company, most of the employees let go are part-time workers.

According to Walt Disney’s parks chief, Josh D’Amaro, the company “will be scheduling appointments with our affected salaried and non-union hourly employees over the next few days,” as well as reaching out to unions. Disney has parks throughout the world, but the Orlando and Anaheim locations are their most profitable. Due to COVID-19, the company has already lost $3.5 billion from their park closures and issues. Keep in mind, though, Disney is worth an estimated $130 billion.

Senators in California have been calling upon Governor Gavin Newsom to issue guidelines for Disneyland to reopen. Disney has been begging to reopen the park during the pandemic, too. Only a week ago, D’Amaro was making his company’s case to reopen their Anaheim location. “To our California government officials, particularly at the state level, I encourage you to treat theme parks like you would other sectors and help us reopen,” he said. “We need guidelines that are fair and equitable so we can better understand our future and chart a path toward reopening.”

D’Amaro has now doubled down on his statements regarding California not allowing their park to reopen, despite reports of Disney allegedly covering up cases of COVID-19 among their park employees in Orlando, Florida. “In light of the prolonged impact of COVID-19 on our business, including limited capacity due to physical distancing requirements and the continued uncertainty regarding the duration of the pandemic – exacerbated in California by the State’s unwillingness to lift restrictions that would allow Disneyland to reopen – we have made the very difficult decision to begin the process of reducing our workforce at our Parks, Experiences and Products segment at all levels,” the park’s chief said in a statement, “having kept non-working Cast Members on furlough since April, while paying healthcare benefits.”

Following the layoffs, D’Amaro believes the difficult decision “will enable us to emerge a more effective and efficient operation when we return to normal.” The park chief thanked the cast members for their work, calling them the “key to our success.” Disney’s cast members, on average, make between $9 to $14 an hour. “Our Cast Members have always been key to our success,” D’Amaro said, “playing a valued and important role in delivering a world-class experience, and we look forward to providing opportunities where we can for them to return.”

D’Amaro repeated once the pandemic is behind us, Disney will welcome back employees and cast members whenever they can. The chief wrote a statement to all employees, which was released publicly. According to D’Amaro, Disney wanted to avoid these layoffs. “As you can imagine, a decision of this magnitude is not easy. For the last several months, our management team has worked tirelessly to avoid having to separate anyone from the company,” he wrote. “We’ve cut expenses, suspended capital projects, furloughed our cast members while still paying benefits, and modified our operations to run as efficiently as possible, however, we simply cannot responsibly stay fully staffed while operating at such limited capacity.”

Back in April, the company had already furloughed 100,000 workers. Those furloughs saved the company a reported $500 million a month. All of the top Disney execs, on the other hand, kept their jobs. Executives are still expected to accept bonuses and long-term incentives before the end of the year. Disney CEO, Bob Chapek, for example, is on track to receive an incentive award of over $15 million.