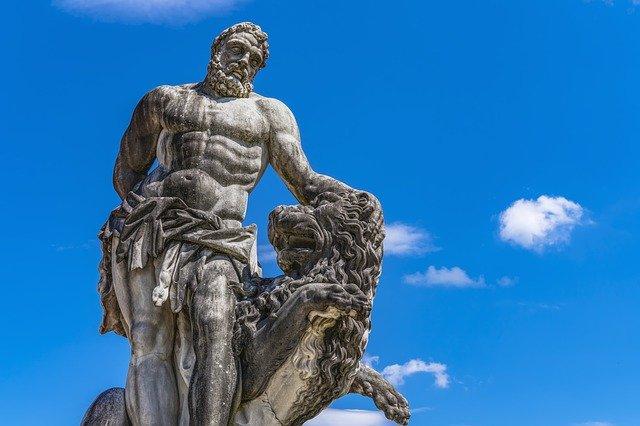 Disney Hercules Remake and the Enduring Power of Ancient Myths

Considering how many of its famous properties have been given the remake treatment in recent years, it was perhaps not a huge surprise to see reports at the end of April that Disney are now thought to be developing a live-action take on Hercules.

The Hollywood Reporter’s exclusive on the project revealed that the Russo brothers are expected to produce the movie, with Dave Callaham set to take on writing duties.

Disney is going to zero to hero once more, putting into development a live-action remake of its 1997 animated movie, #Hercules http://thr.cm/e9xxezN ‘Hercules’ Live-Action Remake in the Works From Disney, ‘Shang-Chi’ Writer (Exclusive)Joe and Anthony Russo are producing, but not directing, the remake via their AGBO banner.hollywoodreporter.com1,2733:35 PM – Apr 30, 2020Twitter Ads info and privacy406 people are talking about this

A core part of culture

However, arguably one of the more intriguing aspects of the announcement is that it highlights the enduring popularity of ancient myths and legends in our culture. Ancient civilizations like the Romans, Greeks and Vikings differed in many ways, but their stories and mythologies have been told time and time again – with many of them teaching very similar values but also featuring the same types of challenges and conflicts.

It could also be said that some of the most famous tales tend to follow the ideas described by Joseph Campbell in his ‘monomyth’. As UC Berkeley details on its website, the concept was featured in Hero With A Thousand Faces and is a common narrative related to a hero. Quite often, it revolves around them setting off on an adventure to tackle foes and retrieve a precious item. The quest then culminates in a final showdown, with the hero coming out on top and returning home successful. When you consider that idea, it is clear to see why the entertainment industry has turned to ancient myths and legends for inspiration on many occasions down the years.

A mainstay in entertainment

For example, mythology has had a huge impact on cinema since its earliest beginnings, with IMDB.com revealing how Helena in 1924 was a German silent film based on the story of Helen of Troy. Jumping forward a few decades, Jason and the Argonauts in 1963 was all about the titular hero’s journey to find the Golden Fleece. The movie is now regarded by many as a cinematic classic, primarily due to the landmark visual effects created by Ray Harryhausen.

Clash of the Titans also borrowed heavily from mythology in the 1980s, with the movie receiving the remake treatment in 2010. Furthermore, Norse mythology has taken centre-stage in the Marvel Cinematic Universe in recent years, thanks to scene-stealing turns from Chris Hemsworth as Thor and Tom Hiddleston as Loki in several of the studio’s blockbuster releases.

Elements of ancient mythology have also proven popular in many other areas of entertainment too. For example, in recent years Stephen Fry has released books related to the tales, while BoardGameGeek outlines how the Yggdrasil Chronicles game gives players the chance to take on the role of a Norse god. The classic legends live on in video gaming too, with Smite featuring playable gods and mythological creatures from a range of cultures. Online casino gaming has even embraced the themes as well, with the slot Kronos being based on Greek mythology and the titan who was the father of Zeus.

Our love of a great story

The world has changed so much across the centuries but, as all of the above shows, we still clearly love a good story. Ancient myths and legends have intrigued us ever since they first emerged and they have grown to become a fundamental part of our culture through the years.

It will be fascinating to see how Disney go about reinvigorating the classic tale of Hercules in the coming years, but one thing seems pretty certain – it may not be the last time that we see ancient myths brought to life on the big screen.

Related: Looking at the Vague World of YouTube Demonetization

Published in Disney and Entertainment