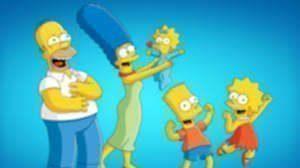 It’s hard to say what will come out of the merge between Disney and Fox. The Walt Disney Corporation closed the deal on the media company behind some of the most famous entertainment franchises today in a record breaking $71 billion deal. Now that Disney owns the rights to things like The Simpsons, X-Men, and Fantastic Four, the discussion begins on what that means for Hollywood moving forward.

We first heard about the Disney and Fox merge last year. The corporation announced that it had plans to acquire the Fox entertainment franchise’s large library of characters and films. The announcement was  one of its first steps toward compiling a comprehensive library for its new streaming service, Disney+.

Disney’s new streaming service is set to see a release later this year. The company hasn’t announced an official date yet, but we can bet it’s going to be big when it does arrive. In preparation, Disney has slowly been removing all of its content from Netflix. With the Disney and Fox merger, a massive portion of the entertainment industry will now be owned by the Walt Disney Company.

Disney purchased the rights to things like Star Wars and Marvel in recent years. However, the purchase of Fox is undoubtedly one of the biggest purchases that the company has made in recent history (possibly ever?).

“I wish I could tell you that the hardest part is behind us; that closing the deal was the finish line, rather than just the next milestone,” said Bob Iger, CEO of the Walt Disney Company in a memo to Disney employees on Wednesday. “What lies ahead is the challenging work of uniting our businesses to create a dynamic, global entertainment company with the content, the platforms, and the reach to deliver industry-defining experiences that will engage consumers around the world for generations to come,” Iger continued.

Iger was originally set to leave his position in 2018 and retire, but the company decided to extend his contract until July 2019. Clearly, he wanted to make one more lasting impression before leaving the company on a high note. The new merge with Fox will also give Disney an authoritative stake in Hulu, one of the competitors for Disney+.

Now that Disney owns the entirety of the 21st Century Fox library of films, what’s left? The corporation is still alive and well, it’s just shifting focus away from Hollywood. The company will still focus on things like news. This isn’t the first we’ve seen of a Disney/Fox merger, though. Avatar, for example, has already proven to be a lucrative investment for the company. Disney World’s successful Avatar land has been raking in cash since opening in 2017.

What Disney has to figure out in the coming days is how it will merge the Fox brand into its current brand. Not every Fox title is necessarily suitable for Disney’s carefully curated, family friendly image. Deadpool, for example, has fans wondering whether or not Disney will have to make the franchise more family friendly. It’s unlikely we’ll see a Deadpool-themed land coming to Disneyland anytime soon. However the company will, undoubtedly, try to milk as much as they can out of the Fox corporation.