Lithium is the ‘driving’ force behind electric vehicles, but the industry is unable to keep pace with demand. In February 2022, the Biden administration announced plans to invest $2.9 billion to strengthen the battery supply chain and the production of advanced batteries. Direct lithium extraction is a new technology with the promise to unlock vast quantities found in natural brines in the United States.

As reported by The Wall Street Journal, new lithium extraction technologies are attracting attention as these “methods “could help increase supplies, while attracting investors for their potential to speed up production and reduce the environmental impact compared with most current lithium-extraction methods, but none are, so far, proven at commercial scale.”

Scaling up any of these techniques to full production capability remains a challenging task. For example, developing a solid material that bonds with just lithium is a huge challenge in geothermal brine that contains many minerals and metals at high temperatures and pressures. Successful DLE implementation will depend on expanding innovation and creating new technologies.”

“It’s such a game changer. There are huge opportunities,” U.S. Energy Secretary Jennifer Granholm told an energy conference in April 2022 about DLE.

In March 2022, One World Lithium announced the signing a licensing agreement with the US Department of Energy’s National Energy Technology Laboratory division for a patent developed by the NETL for selectively recovering lithium from solutions of mixed metallic ions.

The process can be fully deployable and operational at the brine source, eliminating the need to evaporate the brines and/or transport brine concentrates to a chemical processing facility to form and purify lithium carbonate. Deployment of this technology will reduce dependence on foreign lithium sources.

A major automobile manufacturer is relying on DLE technology to supply a lithium from the Salton Sea region of California. which purportedly “uses 10 tonnes of water for every tonne of lithium produced.”

By way of background,most of thelithium extraction processes use a lot of water —approximately 500,000 gallons per metric ton of lithium produced. Mining can consume the majority of a region’s fresh water, which negatively impacts the community and reduces the number of locations that are feasible. Lithium extraction technologies also have the potential for toxic chemicals to leak from the evaporation pools, or membrane filters, into the water supply. This includes hydrochloric acid, which may be created in the processing of lithium, and waste products that are filtered out of the brine.

While current extraction methods yield about 40% to 50% of the lithium present in a mined or brine resource, processes using DLE can extract 75% to 90%.

As The Wall Street Journal reported “many DLE technologies that work well in the laboratory often run into trouble in the field. Many of the technologies would likely still require large amounts of water and power to run the devices on a large scale.”

One World Lithium Inc.’s license agreement with the US Department of Energy and its National Energy Technology Laboratories (NETL) is focused on profitably separating high-purity lithium carbonate from a brine. The DOE patent is an advanced direct lithium extraction (DLE) process for the extraction of lithium from natural brines, rapidly generating a pure lithium carbonate. The method uses a unique multi-step high pressure/temperature application of carbon dioxide injection-mixing to ultimately directly and selectively precipitate lithium carbonate from brines. One World’s DLE technology competes favorably vs. competitors as:

The stakes are high for DLE to be successful. The US Energy Department reports that at least 70% of U.S. lithium deposits are held in brine reserves. DLE could produce lithium in areas where open-pit mines face strong opposition. If a successful DLE technology is created, miners will increase global lithium production with a footprint significantly smaller than evaporation ponds or open-pit mines. 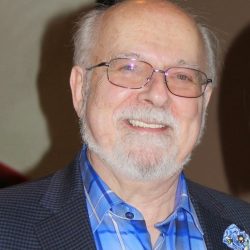 Jack Lifton serves as a consultant and technical advisor to One World Lithium, which is developing an advanced direct lithium extraction (DLE) process for the extraction and separation of lithium from natural brines, directly generating lithium carbonate.  His company, Jack Lifton LLC advises governmental agencies, both at home and abroad, on metals industries supply chain issues and engages in extensive due diligence on mining, refining, and the fabrication of metals for financial institutions globally. He also serves as the Editor-in-Chief for Critical Materials for  InvestorIntel.com, a capital market source celebrating its 21st year in business, and he is a Director of InvestorIntel Corp. He can be reached at: [email protected]