“Boom is in an enviable position as the premier provider of technology and games in an industry that is both rapidly expanding and increasingly in need of product differentiation,” said Scott Frederick, partner at Sands Capital. “Boom offers the entire continuum, from mass-casual free-to-play gaming products to fantasy sports to online casino and sports betting games. They are the go-to partner for any company looking to maximize their opportunity in this category.”

Boom Entertainment’s catalog of products includes the white-labeled NBC Sports Predictor, Tim Hortons NHL Hockey Challenge, PlayBarstool, NASCAR Jackpot Races, and other popular platforms. By offering scalable, fast, and reliable products, the startup has become a leading player in the real-money casino and sports betting industry. Stephen A. Murphy, co-founder and CEO of Boom Entertainment, said in this regard:

“Sports fans and casino players are craving something more – new products and new games that will transform how they consume sports and how they are entertained. With this capital infusion, we will redefine what real-money gaming looks like by introducing new ways to bet on sports and new experiences for players.”

Having partnered with several media, retail, sportsbook, and casino companies, as well as a sports league, Boom Entertainment has capitalized on the increasing popularity of digital entertainment platforms. This success has been increased by the ongoing Covid19 pandemic, which has prevented millions of people from using more traditional establishments. 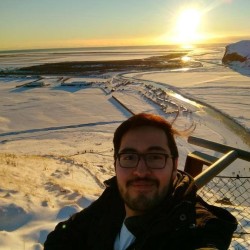