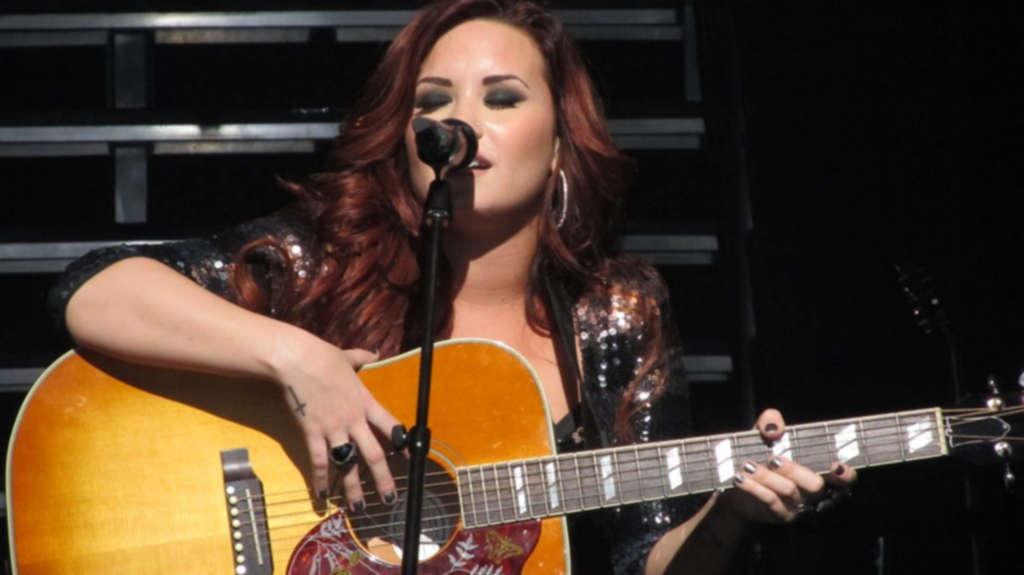 Demi Lovato has been known to use her celebrity to help as much as she can – in the past she’s been very open about her struggles with eating disorders, depression, and addiction. The singer got raw once again on her new single, called Sober, admitting to a relapse.

In the song’s chorus she repeats:

“And daddy, please forgive me for the drinks spilled on the floor.”

Lovato grew up on television, starting out on the Barney and Friends show and gaining fame as a young teen on Disney’s Camp Rock and Camp Rock 2. In 2010, at the height of her success, she suddenly pulled out of a tour with the Jonas Brothers and checked herself into a rehab clinic.

In 2011, it was revealed that was living at an inpatient facility to keep her newfound health in check.

After completing her program, she returned to the public eye much more vocal about mental health, feminism, eating disorders, and drugs. She contributed an article to Seventeen magazine acknowledging her bulimia and self-harm. She also admitted to “self-medicating” with drugs and alcohol “like a lot of teens do to numb their pain.”

As one of the few young celebrities that’s open and vocal about the struggles teens face, Lovato’s philanthropic work has been praised by fans and media alike.

She’s also been outspoken about the things that have helped her with her addiction: namely, rehab, along with therapy twice a week, and a healthy regimen of Brazilian jiujitsu (where she’s earned a blue belt).

The new single has a hopeful message for anyone that’s struggling:

“I got no excuses, I wanna be a role model, but I’m only human.”

The ballad gets even more emotional when she apologizes to her “future love” and any fan’s she’s lost along the way:

“We’ve been down this road before. I’m sorry that I’m here again. I promise I’ll get help. It wasn’t my intention. I’m sorry to myself.”

A documentary about the star was released in 2017, called Demi Lovato: Simply Complicated on YouTube, where Lovato admitted to relapsing in 2013 and going back to rehab. She mentioned that at the time, she “wasn’t ready to get sober,” and wasn’t doing what she needed for her rehab program.

Her statement made waves across the world, as her words were realistic and relatable. Many praised the singer for her ability to express the actual experiences of someone struggling with addiction. After a second stint in rehab, the singer was able to make sobriety stick.

“My dad was an addict and an alcoholic. Guess I always searched for what he found in drugs and alcohol because it fulfilled him and he chose that over a family.”

Demi Lovato is currently touring for her new album, Tell Me You Love Me, now being sold worldwide.