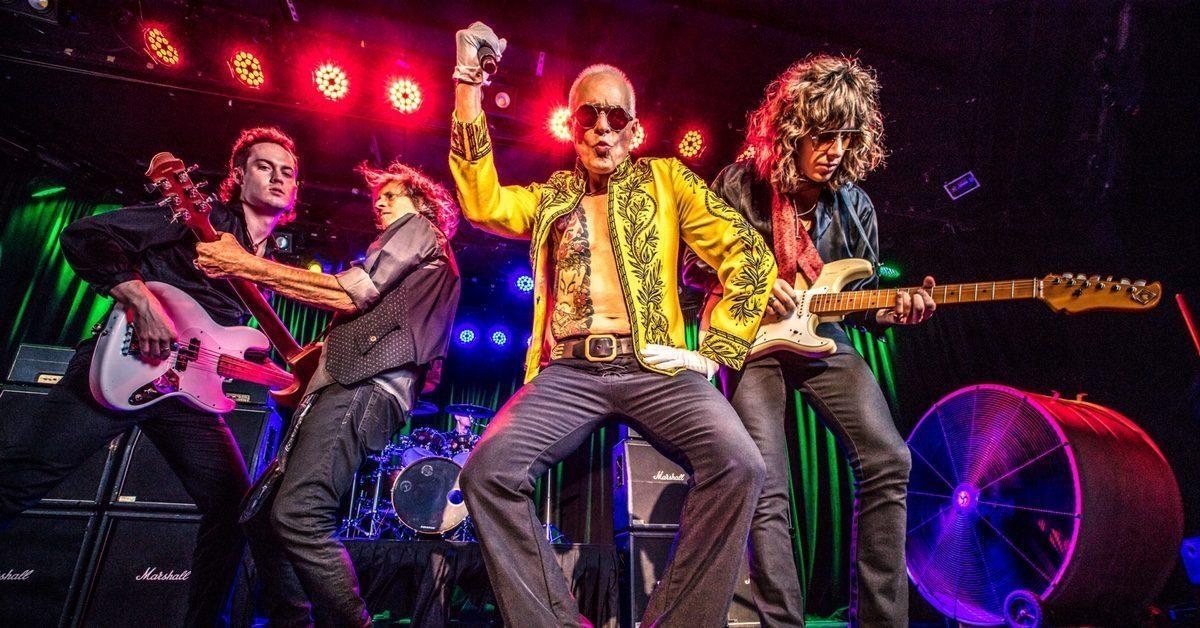 Is there a brighter smile in the world than David Lee Roth’s? The Pasadena-raised rock star was such a source of joy in the 1980s, rocking crowds and performing killer high kicks as Van Halen’s frontman. 30 years or so later, he’s every bit as delightful, if not more so. Roth’s sound has changed, but his glowing presence in a stadium hasn’t dimmed a bit.

Shortly after splitting from the Van Halen brothers, Roth carved out a solid solo career for himself, in addition to working as a paramedic. Without Van Halen in his life, Roth kept climbing and seeking, both musically and as a citizen of the world. Read his highly entertaining book “Crazy From the Heat” to learned about his almost Indiana Jones-like adventures across the world. How many rock stars or musicians, especially in this day and age, can we even begin to compare to Indiana Jones? Only Diamond David Lee Roth, an adventurer to the bone.

Roth’s adventurous spirit has always shined through his music. There’s nothing about the guy that isn’t free and loose. His vocal and stage movements are so expressive, playful, and embody personal freedom. Few people in the world look as comfy in their skin as David Lee Roth performing for a crowd. He’s a natural born-entertainer, and that DNA never vanishes.

Months ago, David Lee Roth began a residency at the House of Blues in Las Vegas, Nevada, which has previously hosted the likes of Carlos Santana. Roth has more Vegas shows in his future, but in the meantime, they’re postponed due to the coronavirus. The same unfortunate delay goes for his tour dates with Kiss. As for Roth’s previous Vegas residency perfromances, they pleased the fans and those craving Roth’s unpredictability on stage.

Admittedly, some spectators were a bit harsh on Roth’s performances and, more accurately, the state of his voice. In Youtube clips, the vocals don’t sound great, but how often do singers sound great in concert videos? It’s hardly the forum to experience a live performance, but still, clips got some people talking for the wrong reasons. People were critical, sometimes cruel. To Roth’s credit, he took it all in stride and expressed no delusions about his voice (Source: Star Tribune):

“I’ve never had any delusions about my voice. It sounds like four miles of flat road with knobby tires. Mom used to say that; in fact, she said it last week. However, some people’s definition of perfect vocals might be pristine and pretty like Adam Lambert. My definition of absolutely the best vocal in the last 20 years is [sung off-key like Biz Markie]: ‘Girl, you got what I need! And you say he’s just a friend…'”

For starters, it’s silly and unreasonable to expect rock stars to sound how they did in the 1980s. That’s just not reality. Voices grow with the person, for better or worse. Some adapt to their new sound, some don’t. David Lee Roth, however, is still David Lee Roth. The singer’s sound may be different, but his main appeal anyway — the charisma — remains intact.

“Yeah, turn that shit up!” Roth shouted more than once during his opening act for Kiss at the Staples Center in Los Angeles, California. With a tasty adult beverage in hand, Roth wanted to go louder and bigger, and so did the crowd. As concertgoers filled in and Roth continued his Van Halen-heavy playlist, he rocked the crowd. They were loving it because they could feel Roth loving it. You see a guy with a million-dollar smile living his best life on stage, not performing another gig. Nothing is ever routine to David Lee Roth, a man who once cleaned every inch of a stage before performing so he’d appreciate it and know the stage better than anybody.

There’s something about Roth live that no youtube video could ever capture. It’s all about the feeling in the room, rocking with Roth and the person next to you. Roth wants to party, and it’s kind of like a party when he performs.

Nobody could ever accuse the Van Halen frontman of being afraid to ham it up. There’s no fear or uncertainty in Roth’s performance. Everything he does on stage, he does it 100%. Even when he forgets a lyric or two, he laughs it off and rolls with it. The crowd doesn’t mind, either. Why? Because David Lee Roth is so damn good at sharing the happiness he has on stage with the people in the audience. He’s not playing for himself, he’s playing for everyone. It’s evident live, not on youtube. David Lee Roth, to this day, remains a shiny diamond in the world of rock and roll.

When Roth does resume his Las Vegas residency, no fan of the man should miss it. Nobody influences a room or stadium as he does. Imagine a cross between Willy Wonka and Elvis Presley, and you got David Lee Roth. He’s still smiling and rocking and, for the sake of the world, we hope he never stops.