Dataseam Is Boosting STEM Career Opportunities for Women in Kentucky

Opportunities for women to move out of marginalized professions and into market-demand STEM careers, in which they’re paid the same as men and have loads of opportunities for advancement, are unfortunately few in many places.

It’s not the norm, as the bluegrass state has been starting from a low base. Contemporary data shows women there earn just 80 cents for each dollar a man pockets. Nearly a third of women in the labor force work in low-wage jobs. That means they won’t achieve equal pay until 2069 – almost half a century away – if all variables remain static.

So how do you turn that around?

Slowly chipping away toward a more equitable future and closing the gender gap is Louisville-based technology company, Dataseam. They have been steadily working on a quest to help women build skills to secure careers or advance their education in much-needed science, technology, engineering and mathematics (STEM) related fields in Kentucky. It’s part of their mission to expand and improve the technology workforce in Kentucky. Employing homegrown talent for their pipeline of future workers.

Their nuanced strategy for greater diversity in their workforce focuses on removing barriers for Kentucky women, particularly those experiencing systemic disadvantages. That’s why they’ve targeted women who live in the Appalachian region, western coal fields and other underserved rural areas. It’s a conscious effort to create pathways for careers in healthcare, IT, computer technology, medicine, chemistry, biology and aerospace technology.

The company’s ethos is clear:

“Dataseam shall not discriminate in selection of apprentices based on race, color, religion, gender, age, marital status, disability, political or religious beliefs, national or ethnic origin.”

What’s prompting Dataseam to cast its net wider for would-be workers? The demand for IT workers across the US is ballooning – with more than 550,000 jobs expected to be added in the next five years, according to the Department of Labor.

Putting the strategic cogs in place

I’ve been watching Dataseam’s work for a while now. It’s steady work, with small wins that gain momentum over time. A lot of time – more than 15 years.  And there are many cogs they’ve put in place.

Dataseam hasn’t taken the solo wolf path. For example, they’re working in areas the Appalachian Regional Commission has designated as “extremely distressed”. Dataseam also teams up with local workforce boards throughout the Commonwealth to give dislocated workers access to computers, and train workers to help them secure promotions with their current employers.

It even supports a non-profit community organization to offer extra computing infrastructure for students in Kentucky schools to strengthen the University of Louisville’s research capacity. Those 7,000 school computers are part of a unique cloud supercomputing system called DataseamGrid. Whether the students are using them for school or not, those computers do trillions of calculations each second in the background. That aggregate power supports the university’s cancer and Covid-19 discovery research. And it gives that tertiary institution a competitive edge when it applies for funding from the National Institute of Health.

Dataseam has also partnered with the state legislature and universities to provide school districts with computers. Most of those districts are in opportunity zones. The partnership has run in-service sessions for teachers to ensure high-quality classroom instruction on state-of-the-art STEM technology. More than 8,000 Kentucky educators, administrators and other school district staff have taken part in this summer training.

Dataseam’s contract training staff are all women – three former teachers from Whitley and Hancock counties in Kentucky – who have far exceeded their former teaching salaries. Their training has global recognition through Apple Systems Engineer Certification Class. Dataseam is the only Apple-authorized training Center in Kentucky and it’s punching above its weight, having the largest cohort of engineers in the US. Many are students from Dataseam’s classroom projects.

And here is how Dataseam is working in tandem with schools. It has chosen and trained women mentors to work with the students in most school districts in the state. Among these students, some are handpicked for Dataseam’s US Department of Labor Registered Apprenticeship Program with certifications in IT specialties and other STEM areas. These are areas that traditionally don’t employ many women.

Morgan was a paid IT employee of the school district during the three-phase program that began at the start of her junior year, then wrapped up in May of her senior year. Over that time, she worked for 600 hours and completed a further 300 hours of instruction.  Morgan gained proficiency to manage computer hardware, software and networks, troubleshoot, do upgrades and new installations. During her Dataseam apprenticeship, she worked alongside certified systems technicians in a formal training and mentoring program. She earned about $4,800 during her training, plus completed the apprenticeship with two extra industry certifications.

The Dataseam project Morgan took part in continues to see school districts hire the students Dataseam is training as IT technicians. When these students graduate, they can either stay on and work for the school district, work in other tech roles in their local communities, or apply for a partner university’s scholarship program to further qualify in their STEM discipline.

Since 2005, Dataseam’s efforts have ensured that 161 systems engineers representing Kentucky K-12 and the private sector hold 369 unique Systems Engineer Certifications. These are skillsets that have opened doors to well-paid careers with advancement opportunities in Kentucky’s enterprise IT sector. 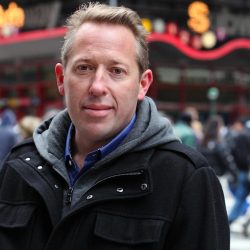 Nicholas Wyman is a Grit Daily contributor. He is a workforce development and skills expert, author, speaker, and CEO of the Institute for Workplace Skills and Innovation (IWSI Consulting). Wyman is a leader in developing skills-building, mentorship and apprenticeship programs that close the gap between education and careers around the world. IWSI Consulting works with a range of companies, governments and philanthropic organizations all across the globe, including Siemens, Nissan, Ford, and Mercedes-Benz as well as the Commonwealth of Virginia, the United Kingdom and Australia. Wyman frequently lectures on workplace job innovations, and appears on national broadcast programs.  He is a regular contributor to Forbes and Quartz, and was named LinkedIn’s #1 Education Writer of the Year. His award-winning book, Job U, is a practical guide to finding wealth and success by developing the skills companies actually need. He is actively involved in school to work programs focusing on STEM education. A third-generation writer, Wyman began his own career by learning a trade. He was named Australian Apprentice of the Year in 1988 and went on to captain Australia’s gold medal-winning Culinary Youth Team. He has an MBA and has studied at Harvard Business School and the Kennedy School of Government and was awarded a Churchill Fellowship.