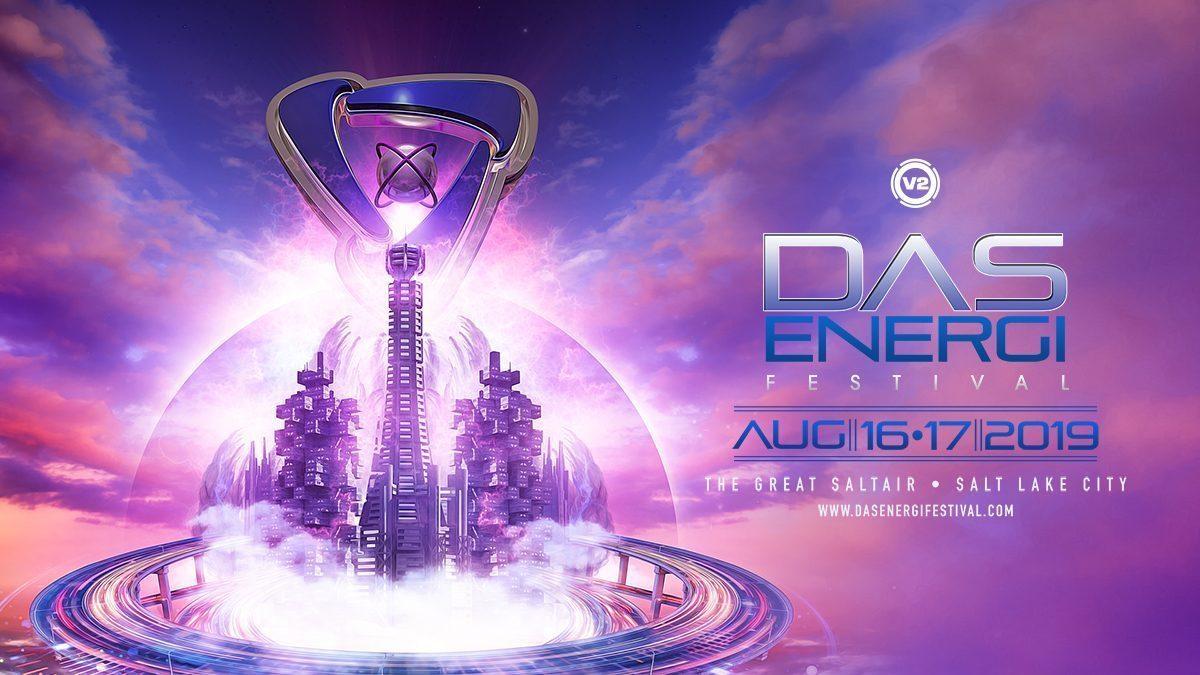 Now that Electric Daisy Carnival is over, it’s time for music fans to begin planning the rest of their summer festivals to carry out the 2019 summer season. While big hitters like Life is Beautiful, Governors Ball, and Bonnaroo have had their lineups out for months, smaller events in throughout the United States are slowly finalizing and releasing their 2019 lineups. Among those smaller festivals is the up and coming Das Energi Festival, which has boasted massive crowds during its more than five-year run on the shores of the Great Salt Lake. Now that Das Energi Festival has solidified its legacy as the biggest electronic music festival in the state of Utah, it has its eyes set on earning a reputation as a growing, must-go music festival stop.

2018 was supposed to be a massive year for Das Energi Festival. The event had grown exponentially since its start as a small event at The Great Saltair, the music venue located just steps from the beach of the Great Salt Lake, only about 15 miles west of Downtown Salt Lake City. Nevertheless, with growth comes new challenges and even greater setbacks. Rough weather on the first day of the 2018 Das Energi Festival caused a major delay in production and a shutdown of the venue for a couple of hours. The setback left a few thousand attendees stranded outside in the rain and lightning for a few hours, and parking issues caused delays and heavy traffic that only added to the issue. Since the festival takes place in mid-August, inclement weather is out of character for the desert venue.

Regardless of the setbacks, the festival organizers worked hard to make up for lost time and assure that every other aspect of the event went smoothly. In no time, thousands of attendees had flooded into the event gates to soak in the atmosphere of one of the West’s rising festival experiences. On the second night of the event, the beach stage opened up to reveal a playground of art installments, structures, and a stage complete with a massive pyrotechnic setup that attracted ravers like moths to a flame. The event was heavily reminiscent of Burning Man, where organizers clearly drew inspiration for the beach area’s layout of installations and interactive elements.

An announcement made months ago by the organizers of the festival, V2 Presents, revealed that the 2019 event would see major changes that took the festival to a new level. A new main stage structure has been teased, though the company hasn’t revealed much more than the fact that the three-tiered “Temple of Boom” would be replaced by something entirely new in 2019. In terms of the lineup, though, a massive list of names old and new prove that the festival is capable of curating an event worth checking out in between major hitters like Electric Daisy Carnival and fall events like CRSSD and Dirtybird Campout.

Names like Above & Beyond, Tchami, Seven Lions, RL Grime, and Zeds Dead provide a diverse landscape in terms of headlining artists. However, its the smaller names that separate Das Energi‘s lineup from years’ past. V2 Presents, which also owns V2 Artist Management, has always put an emphasis on supporting local and up and coming artists in its major lineups. Appearances from names like Toothpick, Lane 8, Chris Lake, and Dr. Fresch prove that V2 has its eyes set on showcasing the hottest names in electronic music during its 2019 festival.

The only major, glaring issue in the lineup? There’s not one single woman—not even a local. Check out the full lineup and official lineup announcement video below.

Published in Entertainment and Events