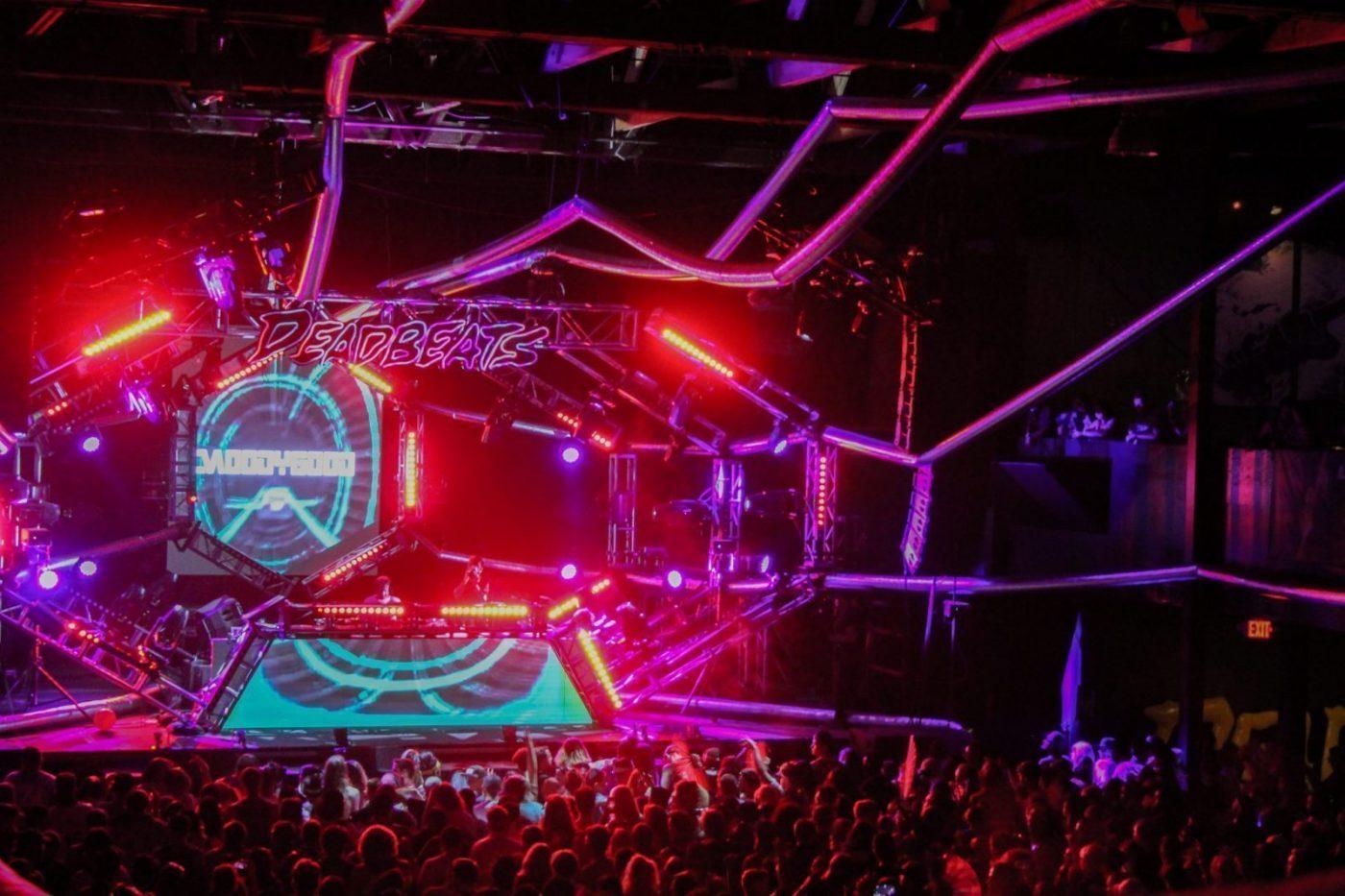 Friday night’s successful first night at Das Energi Festival, which took place on the shores of the Great Salt Lake at the Great Saltair concert venue near Salt Lake City, showed that the event could prevail despite the major setbacks presented in 2018’s event. Things like weather, overcrowding, and safety risks presented themselves all at once as the festival brought itself further into the limelight in 2018. Nevertheless, its production company—V2 Presents—assured that the festival would be back and better than ever for its 2019 event—with the added pressure of an entirely new mainstage set up. Friday’s portion of the event left attendees eager for more going into Saturday, where the event finished off with a well-rounded, positive experience.

The Lineup – Day By Day

What many overlook in music festivals is the art of curating and arranging a lineup. The big picture—whether it be an event the scale of Coachella or as small as a local concert event—should reflect the music taste of its demographic while also exposing them to new tastes and artists. In an age when most musicians make their money through live events, music festivals have become the very heart and soul of the music industry. In the electronic industry, smaller events such as Das Energi often become the canon that brings an up and coming artist into the limelight, launching a successful career in music.

Das Energi knows this, and its lineup reflected that with a balance of massive acts—such as Above and Beyond and Zeds Dead, the Saturday night headliners—and smaller, up-and-coming artists that range from local powerhouses like Toothpick and Nate Lowpass to rising stars like i_o and Lick. What makes the Utah (and surrounding) nightlife scene different from major cities like Los Angeles and New York is that its music fans are not constantly seeking the hottest new thing. Its fans—and the subsequent fans of Das Energi Festival—are likely to stick to the roots of what brought them to love electronic music in the first place. This, too, is reflected in the lineup, which provided a perfectly curated mix of old and new sounds—from dubstep and trance, to techno and experimental bass. Music fans hellbent on finding the hottest new sound and trend would be disappointed in Das Energi, where Avicii and Tritonal are happily played through the massive mainstage speakers—unironically, and without a “RIP Avicii” comment. For this reason, music snobs may want to stay away—perhaps there was a low-budget warehouse rave going on elsewhere for them to sink their teeth into.

Further, those sounds were split directly down the middle, so to speak, as each stage had a dedicated sound for each day, and was organized accordingly to please music fans rather than upsell tickets from single-day to two-day passes. Where many festivals would sprinkle a bit of each artist across each day evenly, Das Energi focused on created a designated stage for each designated sound on each night. An entire stage hosted by the Deadbeats label on Saturday, of course, helped this, but it should not go without noting that Friday’s lineup offered an entirely techno-focused sound on the indoor Synergy Station stage.

My personal favorite sets of the weekend were TroyBoi and G Jones, who each played an eclectic mix of hip hop and experimental bass that showed that the bass music scene is among the most innovative and cutting-edge of all in the world of a broader electronic music genre. The Deadbeats hosted stage provided a great visual experience, with stimulating light features and an entertaining stream of video performances on an LED backdrop.

Arriving to Das Energi was significantly easier than in years’ past. The festival, which originally started as a single-day concert event, revealed to struggle with its growth during its 2018 event. Overflow parking located over a mile away from the venue with a disorganized shuttle system revealed to be a source of stress when rain came along during the festival weekend. In 2019, however, a well-thought-out traffic system was put in place to assure that guests were able to come and go from the festival with ease.

Upgraded premiere parking spaces were sold for $20 prior to the event’s start, and other parking spots were available with an improved shuttle system to take festival attendees to and from the $10 overflow lots located just down the road. The only negative part of the experience? The lots were not clearly marked, nor were the areas within them, leaving attendees confused about which lot their car was in once the night was over. Hopefully the 2020 event will see clearly marked lots to help attendees remember where they left their vehicles.

Once on the festival grounds, designated lines for ticket tiers (single day, two-day, VIP and staff) saw virtually no long security lines as people flooded into the venue. Meanwhile an increase in police and medical presence assured that guests were kept safe, both inside the venue and throughout the grounds and parking lots. Inside the venue, added access points to the upstairs bar area made it easy to navigate throughout the indoor and outdoor parts of the venue. Getting to the beach, however, was a different story—as guests would have to weave through the massive mainstage crowd to get to either of the two access points.

2019 saw Das Energi focusing on one other major aspect of the festival experience as well: food. A music festival is little without good food options. Events like Coachella and Life is Beautiful market the food as part of the overall experience, as if someone would buy a ticket simply because their favorite vegan restaurant were bringing a food truck. So when Das Energi continued to lack diverse food options well into 2018, it became an issue.

A handful of new food trucks lined up along the beach area next to the mainstage provided much-needed diversity in the food options for 2019—as well as a chance to showcase some of the diversity in Salt Lake’s many eateries. The Salty Pineapple, a local food truck that grace’s downtown Salt Lake on a regular basis, served up a variety of eats from veggie-friendly Hawaiian rice and tofu bowls to piles of sweet and savory ham. The food truck was nearly completely out of food by Saturday night, though, showing that Das Energi could easily do with a couple of added options that are both diet-specific and worth indulging on (*cough* Bruges Waffles & Frites *cough*).

Das Energi proved itself to be on the rise once again despite its 2018 growing pains. The music scene in Salt Lake has always been traditionally diverse—or, as diverse as a music scene can get while teetering the line of urban environment and small town community. Over the last few years, the city’s music fans have seen major growth in both the commercial and underground circuit with dozens of weekly events popping up to serve a variety of music tastes.

Of the handful of V2-run festivals that take place throughout the year, Das Energi has become the company’s biggest and most well-known event. This year, the event broke the threshold of up-and-coming festival to key player in the festival season circuit. This is partly because of the lineup, but where the festival stood out more than ever was in its focus on providing a good experience from the minute a guest embarks on their journey to the festival grounds. After 2018’s weather shutdowns and overcrowding it would have been an easy solution to move the event to a different location, but what makes Das Energi so memorable (for both the attendees and the artists) is its proximity to, and view of, the Great Salt Lake.

Overall, the attention to detail in and around the event was what made it stand out this year. Words of encouragement to drink water and treat other festival-goers with respect littered (in a figurative sense, since recycling seemed to be another focus this year) the festival grounds and social media pages of the event. The art, which was strewn throughout the beach area, gave the event its usual level of interactivity that sets it apart from other music festivals in the country that focus simply on music. The lineup was ever-pleasing, and catered to the wide demographic of music fans that traveled far and wide to attend the event. Food trucks brought local eateries to the shores of the Great Salt Lake, showing that Salt Lake has an increasing amount of popular food truck options, while the Great Saltair chicken strips were not overshadowed as the weekend’s true headliners.