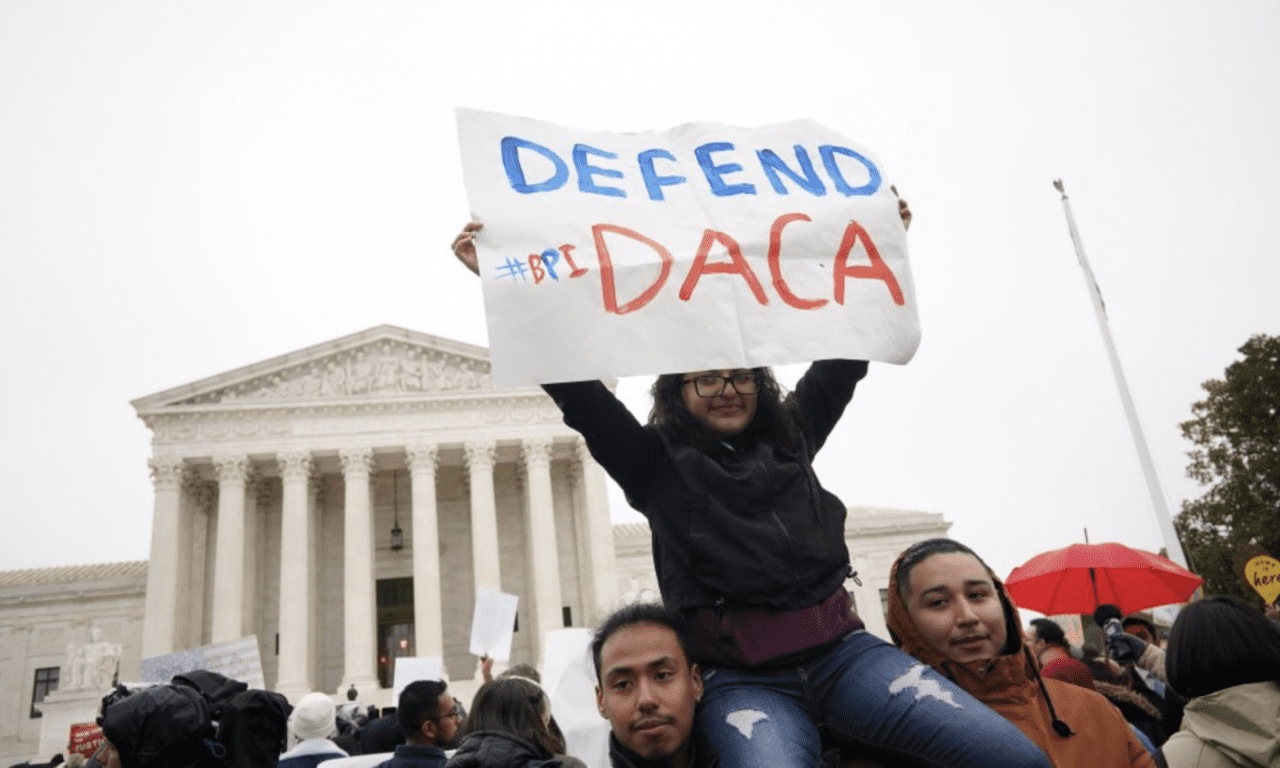 DACA recipients, students, and immigrant-rights activists marched and rallied in Downtown Los Angeles Tuesday, in support of the Deferred Action for Childhood Arrivals (DACA) program, as their future remains uncertain.

And that’s because of the conservative majority of justices’ support Trump’s push towards ending the program. Leaving many DACA recipients, known as DREAMers, fearing the end of an Obama-era initiative.

The program has given recipients the chance at the American dream by granting access to work permits, higher education and driver licenses.

And has prevented nearly 800,000 undocumented immigrants from deportation under the program, according to the U.S. Citizenship and Immigration Services.

Many students at Garfield Senior High School in East Los Angeles silently walked out of class to take part in the rally in DTLA; to show their backing for DACA.

Junior Susie Flores walked out in support of her two friends who are undocumented. She was in AP english when she walked out.

“…education is the biggest weapon that you own,” and her friends want “to pursue the typical American Dream.”

Superintendent Austin Beutner released a statement saying the program has given immigrants the chance to “pursue a good education, a good job and a better life.”

And continue by saying, “the importance of securing these rights for Dreamers is why, in 2016, I joined education, business and civic leaders in signing an Amicus Brief with the U.S. Supreme Court supporting the expansion of DACA…”

For Many DREAMers, This Is Home

The majority of those DREAMers came at a very young age, 3-years-old being the most common, according to a 2017 National DACA study.

And deporting them to their native country would be foreign to them because they have integrated themselves into communities, schools, workplaces, and families.

In a Los Angeles Times article, 39-year-old Nely Rodriguez recounts her memory of students going to the streets after Gov. Wilson passed the measure.

At the time, she was undocumented, couldn’t afford out-of-state tuition and washed dished for $2.

“Just watching these kids march, it brings back memories … feeling trapped, you know, not having options. No way of advancing yourself. It’s depressing,” she said.

Rodriguez eventually gained her citizenship status and is about to complete an undergraduate degree in Spanish and Chicana/Chicano studies.

However, many DREAMers are now looking at a future that may not exist in a place they call home.

Many notice the difficulties recipients will face, as student Genoveva Alarcon says this will not only affect her family but other families too.

“[My sister] relies heavily on this… If this is taken away, a lot of people will be left without jobs,” Alarcon said.  “This means they might not be able to provide for their family.”

Recipients and their families won’t be the only ones affected if the program is revoked; the economy would also take a hit.

The Economic Blow The U.S. Economy

Employers who hired DACA recipients and communities rely on their contribution to economic and social participation would be affected.

Ending DACA would cause an estimated loss of $460.3 billion from the national GDP over the next decade, removing around 685,000 workers from the U.S. economy, according to the Center for American Progress.

House Speaker Nancy Pelosi of California expressed her support. In a tweet, Pelosi said, “They love our country and are already a big part of what makes and will keep America great…to #ProtectTheDream is to honor our American values & our history.”

Earlier, President Trump tweeted that “[m]any of the people in DACA, no longer very young, are far from ‘angels.’ Some are very tough, hardened criminals. President Obama said he had no legal right to sign order, but would anyway. If Supreme Court remedies with overturn, a deal will be made with Dems for them to stay!” The Last Blockbuster is Still Trying to Survive 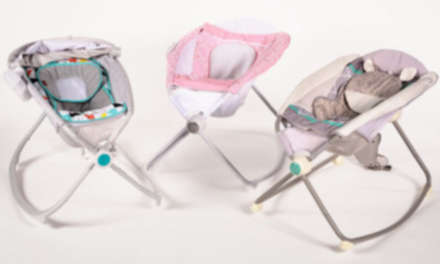 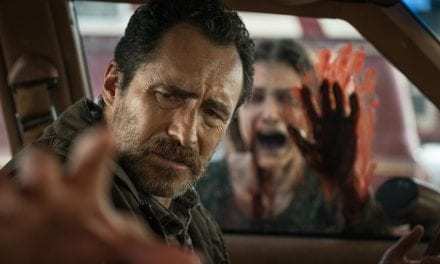 “The Grudge” Trailer is Here, And It’s Scary