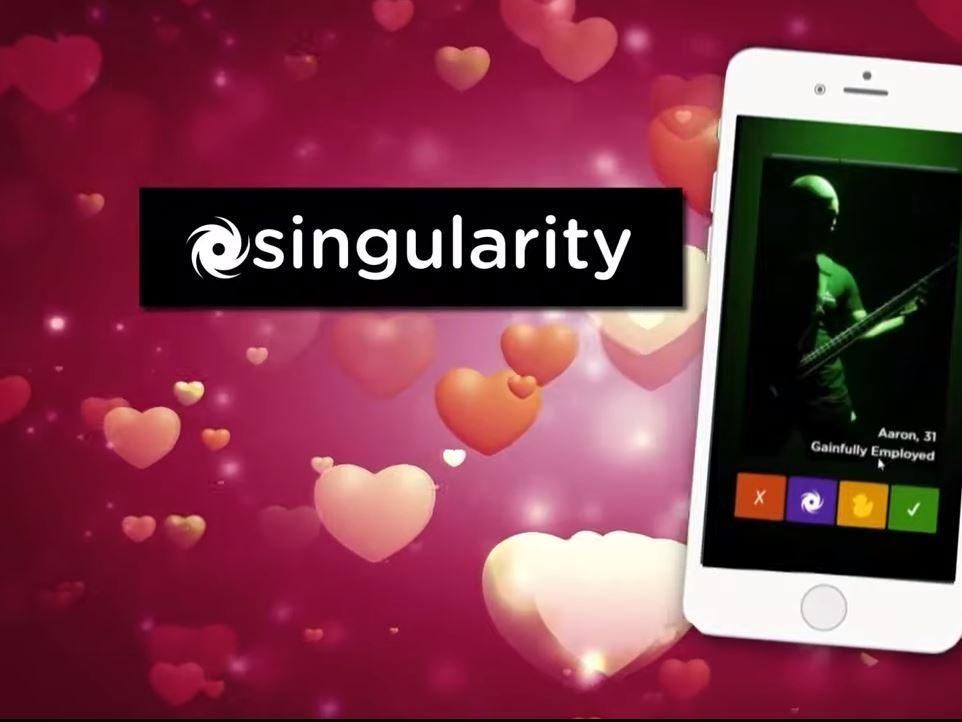 Could Creativity Be the Secret to Finding Love Online? One Man Created a Dating App Where He’s the Only Guy Allowed on It

Ladies, no matter how many times you swipe left or right, you will come across the same face in a variety of different locations and poses. Meet Aaron Smith, a 31-year-old from the United States who took his poor experience and misfortune on currently available dating apps and turned it to the next level—getting rid of all of the competition. His new dating app, Singularity, is designed to cut out the competition by providing the same swipe-to-play dating experience, with one major adjustment—he’s the only guy allowed on the app.

In other words, no matter how many times you’re swiping left or right ladies, you will be seeing different versions and variations of Smith’s face.

In an interview with WFMY News 2, Smith shared his concern surrounding visibility.

“The biggest problem with the other apps is that my face is not featured prominently,” Smith explained.

“If life gives you lemons, you should first make lemonade. Then make sure no other companies can produce or distribute their own soft drinks. So the only game in town is lemonade.”

While you may chuckle or find this creepy—there is some logic behind Smith’s innovation. Dating in the 21st century has been consumed by black mirrors and screens. The traditional stigma of going to dating services like Match.com or eHarmony are fading, as the new norm is the online dating realm.

Facebook recently rolled out its internal dating service, Facebook Dating, which continues to leverage everything Facebook already knows about you, connecting you with other users in your network.

However, that world is still increasingly difficult to penetrate because it’s stressful and requires someone who is willing to invest their time into it. Time—a valuable resource we don’t get back.

But to Smith’s point, there are an endless number of dating apps out there—how do you decipher which ones to invest your time (and money) into?

“Singularity saves you countless hours of swiping by just matching you with me,” he explained in his new commercial to go along with his app.

While Smith’s commercial is more comical than anything, his vision behind Singularity and online dating across the board is very real—we need to find new ways by which to express our genuine interest in others.

The online dating market is already saturated—you have a number of apps that have attempted to target their users on a more personal level—we’ve gone from the religious sectors of Christian Mingle, JDate, and JSwipe—to career-based apps such as Farmers Only, Coffee Meets Bagel, and now more “elite” style atmospheres, such as The League and others.

Unfortunately, Smith hasn’t had much luck matching with anyone on his app, but hopefully it will get people to think about how they behave on these dating apps and how serious they take them. Don’t waste people’s time—you’re either in or you’re out.

“Hopefully it will give people a chuckle about just the absurdity of what we’re reduced to as a society.”