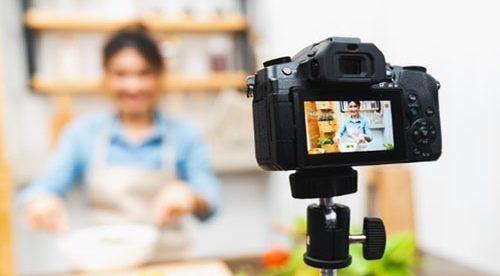 By International Living ON November 9, 2019

At any given hour, I’m teaching 100 lessons,” says John Granger, a retired educator from Oregon. Though he might be visiting a Buddhist temple in Southeast Asia or lounging on a beach with his wife, Kate, in Mexico, John is always teaching, because no matter where he is, people are watching the online educational videos he made years before. And the best part is…his videos earn him a passive income.

John and Kate don’t believe in a quiet retirement. In fact, their first attempt at it found them in the Peace Corps in China for three years, followed by another two-year stint in Jamaica. They are now in the midst of their second “five-year plan” for retirement, spending months at a time exploring Southeast Asia, the Yucatán peninsula in Mexico, and parts of South America.

“One of the goals is to stay in warm weather,” says John. “Another is to be some place that’s interesting, so we don’t have to do a whole lot to be entertained. We said we’ll try this for five years, until we’re 70. So far, it’s worked out well.”

Before leaving the States, John and Kate rented out their house in Oregon and whittled their stuff down to a couple of suitcases. They have since sold their house outright and mostly live out of Airbnbs.

It was while John was transitioning into retirement with a part-time job at a community college that he discovered the means to another income stream. “I took my basic computer-design class and made it available online by using a simple screen capture tool. It essentially captured all the instructions I would have given in class and turned them into an online video course,” says John.

By the time he finished his term with the college, John had made about 100 instructional videos. So he decided to create a YouTube channel to share them with the wider world. He also uploaded them to a corresponding website.

For John, pursuing his passion and sharing his expertise was its own reward. But the channel eventually grew into a supplementary income. “I like the fact that I can be retired and still teach a lot of lessons that people are benefitting from. The fact that somebody gives me something for it is nice.” When John first posted his videos he was receiving between $150 and $200 per month. Now, seven years after he launched his channel, he still brings in about $100 per month, with almost no upkeep and plenty of opportunity to increase his income if he wanted to. He also receives occasional donations.

In recent years, YouTube has grown into the go-to source for all manner of video courses and guides. John found his niche with engineering-software demonstrations. But there is no limit to the variety of subjects you could cover. By way of demonstration, type “How to” into YouTube and see what results appear. Even an obscure or highly specialized topic can still attract a lot of views. And there are more reasons to be optimistic. Over the last three years, the revenue of video makers receiving ad payments has gone up 50%. And the number of advertisers running ads on YouTube is up more than 40%.

Instructors can monetize their videos by charging a subscription fee or password protecting content for paying customers only. But John loved that he could share his knowledge with students for free and still get a little income by installing Google AdSense.

Creating a Google AdSense account and linking it to a YouTube channel is a fairly simple process. YouTube channels must have at least 10,000 views, and be in line with the site’s community guidelines, to be eligible for approval. Once John’s YouTube channel was approved, Google began posting ads on his videos and paid John based on the number of viewers that saw those ads.

For John and Kate, whether they’re teaching college English in China, tutoring Jamaican first graders, exploring Thailand, or living quietly in Mexico, the YouTube videos continue to serve up 50,000 lessons per month to engineering students around the world.

Create what people are searching for. It’s not enough to simply know your niche area. You also need to know the exact phrases that people search for. To find potential search phrases, start typing “how to [your topic]” into YouTube’s search bar and notice what phrases are generated in the auto-fill drop down. Make sure to use the same keywords when you write your video title, description, and tags.

Remind viewers to subscribe. Prompt people to subscribe to your YouTube channel both in the video’s written description and within the video itself. Subscribers will then get automatic updates.

Be succinct. John says, “You can’t be long-winded. You need to keep the video short and be specific about the topic so that it ranks well in searches.” There is no magic length of time for a YouTube video, but it’s important to eliminate any wasted time in the footage. According to a YouTube survey, approximately 20% of the people who start a video will leave after the first 10 seconds.

Get organized. John creates video playlists on his YouTube channel for each series of lessons. This helps students go through the learning process in an orderly way and find the topics they’re looking for.

Upgrade content. If you create an online course that you want to charge money for, you can host the full course content on a platform like Thinkific.com or Udemy.com. Use YouTube to publish “teaser” videos that convince people to buy your full course.

Partner with sponsors. Once you have a loyal and engaged following, you can start partnering with brands that will pay a fee to have their product mentioned or reviewed. You could also work out an affiliate relationship with a company, where you get a percentage of profits from any sales that originate from your YouTube channel.