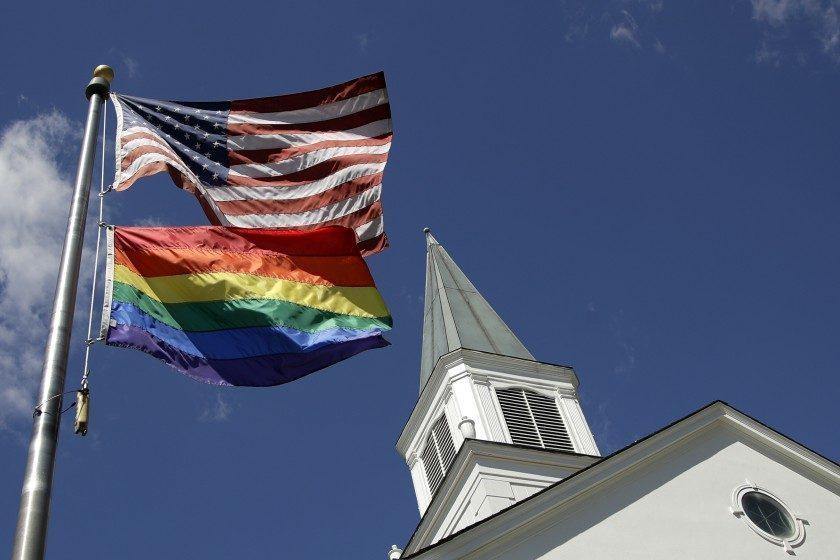 The country’s third-largest religious denomination may soon become two. A group of 16 leaders from the United Methodist church announced Friday a plan to split the denomination due to “fundamental differences,” following a years-long debate over same-sex marriage and LGBTQ+ rights within the church.

This comes after the rejection of an earlier proposal made at the 2019 general conference, entitled the One Church plan. It would have allowed local churches to perform same-sex weddings and ordain LGBTQ+ clergy members. In addition, a separate proposal submitted by the United Methodist Queer Clergy Caucus—the Simple Plan—was also voted against at the conference.

Historic Separation Depends Upon May Conference

The proposal will be voted on in May at the church’s annual general conference. If passed, it will allow permission of LGBTQ+ clergy members and permit same-sex marriage, but the new “traditionalist” denomination would continue to refuse any LGBTQ+ person from becoming ordained and oppose same-sex marriage.

As of now, LGBTQ+ church members cannot become ordained pastors; those who are ordained are not allowed to perform same-sex marriages. Furthermore, new punishments were set to go into effect prior to the announcement.

If pastors participate in same-sex weddings, they would receive one year’s suspension without pay for the first wedding ordained and removal from the clergy for any thereafter.

Those involved with the proposal state that this division is “the best means to resolve our differences, allowing each part of the Church to remain true to its theological understanding, while recognizing the dignity, equality integrity, and respect of every person.”

A Split Years in the Making

This historic separation within the United Methodist Church is one that has been brewing in the background for decades.

As stated in the nine-page document, attendees at last year’s general conference in St. Louis “did not resolve their differences specifically related to the full participation of LGBTQ persons in the life of the Church.”

At said conference, 53% of the church leaders who attended voted in support of the ban on same-sex marriage and LGBTQ+ ordination, stating that “the practice of homosexuality is incompatible with Christian teaching.”

Strengthening their stance more, the denomination also announced that individual churches and clergy would possibly face removal if they did not affirm their stance against same-sex marriage and LGBTQ+ clergy by 2021.

If the separation passes, local churches will have the choice to remain in the United Methodist Church or join the new traditionalist denomination. As far as international churches go, the choice is up to them.