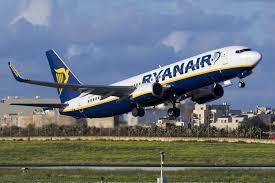 Could Ryanair Suffer The Same Fate As WOW Air?

The aviation industry is a risky business. Budget airlines have been popping up over the last couple of decades to allow cheaper travel to customers that want to fly long distances without any of the frills. The drawback to that is that budget airlines are a significant risk as a business plan because they often take cuts on earnings in order to be able to offer cheap flights. For consumers, this poses a major risk if the airline has to unexpectedly cut back on its flights, cancelling without a refund policy. Iceland’s WOW Air suffered an ill-fate earlier this year when it shut down completely. Now Ryanair, one of Europe’s other major budget carriers is having to cut back on its services, putting as many as 900 jobs at risk.

Ryanair, famous for offering shockingly low airfare prices around Europe, is facing turmoil amid rising oil prices, political uncertainty for the United Kingdom, and the grounding of Boeing’s 737 Max fleets due to technical errors. Two plane crashes in the last year, one in Indonesia and another in Ethiopia, turned attention toward aviation maker Boeing on how technical errors on the company’s 737 Max 8 plane could lead to fatal accidents when taking off from certain altitudes. As a result, governments around the world forced airlines to ground their fleets of the plane until a solution could be found. For budget airlines like Ryanair, this meant grounding a significant portion of their fleet. The company revealed that the delay in delivery of as many as 28 planes has led to closures and cancellations within the airline.

In a video released to employees throughout the company, Ryanair CEO Michael O’Leary warned of future job cuts and flight cancellations that could impact as many as 900 employees. O’Leary warned that the loss in profit over the summer will lead to changes in the winter and into the summer of 2020. The CEO did not say how many jobs, exactly, will be impacted by the changes in business. However, the company estimates that as many as 900 jobs could be at risk. Changes will come throughout the fall of this year, extending past Christmas and into the beginning of 2020. O’Leary also announced that there will be an official announcement about what changes will take place by the end of this month.

The CEO revealed that the causes for these cutbacks are due to a mix of politics, oil prices, and safety issues. In addition to the 737 Max groundings, an uncertain future over the United Kingdom’s relationship with the European Union has triggered changes in the economy. Former Prime Minister Theresa May stepped down from her position earlier this year. Her replacement, Boris Johnson, has yet to reveal what the country plans to do following the Brexit vote over three years ago. The uncertainty has triggered major changes in the European economy as consumer spending habits have shifted significantly. That, combined with the rising cost of oil, has impacted the budget travel industry significantly.

Consumers should be aware that Ryanair plans on making changes to its flight schedules in the coming months. Those flying around the United Kingdom, such as from London to Glasgow, should also be aware of potential cancellations should a no-deal Brexit come into fruition. Ryanair may not be at risk of suffering the same ill-fate as WOW Air did earlier this year. However, the budget carrier does not anticipate seeing much—if any—growth over the course of the next year.