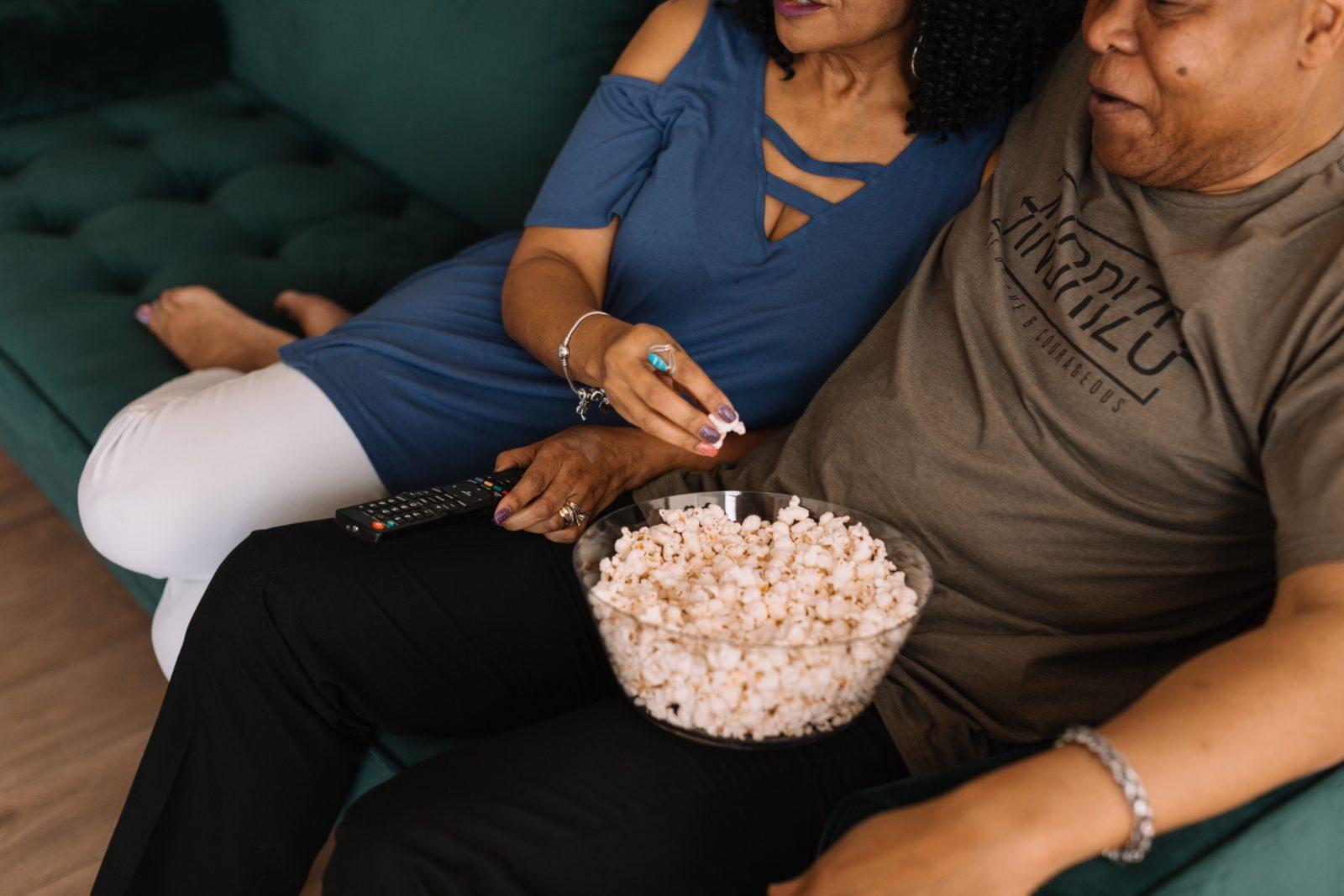 Comforting TV Shows To Watch On A Rough Day

Comforting TV shows are an essential aspect of any terrible day. Throwing on a show that will immediately make you feel better is a great option when you just need a little self-care. There are so many comforting TV shows out there, so I asked my Instagram followers what their favorite comfort show is. The responses were hilariously similar to my own thoughts on the subject, and I had a whole bunch of people name the same few shows as their go-to’s. It turns out that some shows are just inherently comforting, and others provide such a necessary distraction in these stressful times.

New Girl was one of the most common responses to my Instagram question. It also happens to be one of the shows I’m rewatching at the moment. The show features a group of six friends living together in a Los Angeles loft. Their exploits are delightfully lighthearted, and their pure friendship is always comforting. The main characters are all kind of silly, and they’re constantly getting into all sorts of hilarious dating shenanigans. If you’re feeling dark and down, this is the perfect happy show to cheer you up.

This one is just a classic. I wasn’t surprised when so many people cited this famed 90’s sitcom as one of their favorite comforting TV shows. Friends is the quintessential millennial TV show. Our generation was raised on Ross, Rachel, Phoebe, Monica, and Chandler. These characters and their mishaps navigating young adulthood in New York City are part of our cultural fabric. Watching Ross and Rachel bicker about being on a break is a deep comfort in an everchanging world. Even though Ross sucks.

The nonsensical hijinks of the Dunder-Mifflin office is the perfect distraction from the pressures of the real world. This deeply dysfunctional and yet totally lovable office setting is just the kind of mindless fun that will make you smile, even in the worst of times. You’ll find yourself attached to even the oddest of the characters, and invested in their happy endings. Also, it has Steve Carell, who is just a comforting force for good in this garbage world.

I don’t know anyone who does not find something to spark joy in the world of Parks and Rec. The show is super wholesome and centered around doing good, even when it’s difficult. All of the characters on Parks and Rec are played by phenomenal actors. They also all have such delightful personalities that will leave you in a fit of giggles. Especially now, when politics is a little bit of a dumpster fire, this show just might restore your faith in government and politics. Albeit, fictionally and temporarily. But hey, at least it’s something.

Modern Family is the story of an adorable, quirky, and wholesomely dysfunctional, well, modern family. They’re blended and multiracial and gay and it’s great. This show can be super cheesy at times, but that’s part of what adds to the comfort level. It’s goofy, but it’s absolutely dedicated to those feel-good vibes we all want in a comforting TV show. There’s a character for pretty much every personality type to relate to here, so everyone can connect with Modern Family.

I’ve always found the chaos that is Shameless deeply comforting, but I was surprised that many of my friends and followers agreed with me. I guess I’m not the only one that thrives on dysfunction. Somehow, watching the Gallagher clan narrowly avoid utter disaster time and time again is deeply comforting. If Fiona Gallagher can handle it, then so can I. That’s a piece of the comfort, at least. The other piece of it is a total enthralling distraction, focusing on the dramas of the Gallaghers instead of whatever problems you may be facing in the real world.

If you are in need of a good cry, which is always a nice comfort when needed, look no further than Grey’s Anatomy. Some times it’s easier to cry over the deaths of fictional characters than the tragedies in our own lives. I think this is what makes Grey’s Anatomy such a popular comfort show. There’s also like a million episodes, so there is no such thing as running out of that excellent hospital drama.

A bunch of people replied to my question with various reality TV programming options. Reality shows are also a constant fallback on my TV list when I just want to mindlessly watch. Basically, the gist of what my followers told me is that reality TV is comforting because it allows you to focus on someone else’s problems instead of your own. Watching beautiful dummies shout at each other over cocktails is inexplicably soothing. This might go back to the thriving on chaos thing, who knows, but all I can say for sure is that if you want to get your problems, watching reality TV might be the solution you need.

I had to include Bones, even though I’m fairly certain I’m the only person on the planet who finds this gruesome portrayal of forensic anthropology comforting. I couldn’t let this article pass without mentioning it, though, because it is literally my number one thing to put on the TV when I’m having a bad day. Something about how they use science and truth and always catch the bad guy in the end just set my mind at ease. Booth and Brennan and the rest of the Jeffersonian gang are like a family, and they protect each other always. It’s nice, and it always makes me feel better, even with the mutilated corpses.