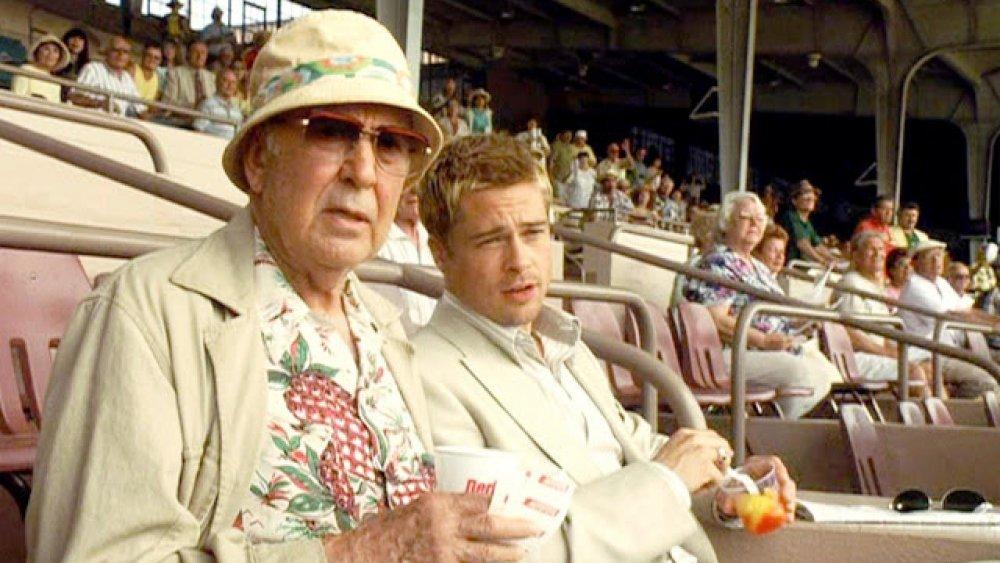 We lost one of the greats today. Actor, author, filmmaker, and the creator of many iconic shows, Carl Reiner, has died at the age of 98. The brilliant mind was behind some of the greatest comedies of all time, including The Jerk, Dead Men Don’t Wear Plaid and The Dick Van Dyke Show.

The Life of Carl Reiner

Reiner was born on March 20th, 1922, in The Bronx, New York. Always the entertainer, even when the veteran served his time in the Army, he performed shows and kept troops entertained in Hawaii, Guam, Saipan, Tinian, and Iwo Jima. After serving his country, the comedy writer broke out with The Dick Van Dyke Show, before going on to direct years later, Where’s Poppa? and Oh God. From there, he went on to direct the funniest movies of all time, many of them with Steve Martin.

Reiner had over 70 years in showbusiness and his comedic skills only sharpened throughout that time. He never stopped getting laughs. Reiner brought so much laughter and joy to the world, which is an honorable way to spend one’s time on Earth.

Reiner passed away at 98 from natural causes in his Beverly Hills home. Shortly before his passing, Reiner said, “Nothing pleases me more than knowing that I have lived the best life possible.” A beautiful ending to a beautiful life.

Since the news of his passing, artists and fellow comedic geniuses have expressed their love and respect for Reiner. Reiner’s own son, filmmaker Rob Reiner, wrote:

“Last night my dad passed away. As I write this my heart is hurting. He was my guiding light.”

“Carl was a giant, unmatched in his contributions to entertainment,” Brooks wrote. “I loved him.”

Brooks and Reiner recently shared a photo of themselves together online, both wearing “Black Lives Matter” t-shirts.

Seinfeld and Dick Van Dyke Will Miss Their Idol

“Anyone in comedy who got to know or even just meet Carl Reiner felt that they have been given a great gift. His comedy energy was one of pure joyfulness. It’s an unusual quality in our world and I have always tried to emulate him that way…. Carl Reiner was comedy genius. Often that genius made other funny people even funnier. But give him a stage and he could spin laughter out of any moment. I watched him do it time and again. His contributions to comedy are eternal. And a lovely man, as well.”

The star of one of Reiner’s classics, Dick Van Dyke, shared the following:

My idol, Carl Reiner, wrote about the human comedy. He had a deeper understanding of the human condition, than I think even he was aware of. Kind, gentle, compassionate, empathetic and wise. His scripts were never just funny, they always had something to say about us.”

“Hilarious, brilliant and always a gentleman. My relationship with him will always be cherished. He was a hero to me and all of us in comedy have lost a giant. All my love to Rob and the family.”

One of the Funniest Men Ever to Live

Reiner was, without question, one of the funniest minds to ever create. Whether as a writer, director, or actor, he knew countless ways for how to get big laughs. The comedic genius was an artist in a league of his own. Reiner never stopped creating, either. He kept writing acclaimed books, making guest appearances in TV shows, and of course, brought a sense of pathos and legend to the recent Ocean’s 11 series. On and off-screen, Carl Reiner was a towering force of sheer joy. Reiner will be missed, but his jokes and accomplishments will live on forever.