Collision, an annual tech event in Toronto, Canada, has been gaining traction for years. The organizers didn’t let a pesky little thing like a submicrospic spikey particle interrupt their growth. In fact, Collision 2020 is the biggest that it’s ever been: more than 32,000 registrants including more than 1,000 startups and 634 speakers. Grit Daily […]

Collision, an annual tech event in Toronto, Canada, has been gaining traction for years. The organizers didn’t let a pesky little thing like a submicrospic spikey particle interrupt their growth. In fact, Collision 2020 is the biggest that it’s ever been: more than 32,000 registrants including more than 1,000 startups and 634 speakers. Grit Daily News was on the scene, along with 1,143 other journalists to get the latest updates on tech.

The only twist? We never left our houses. This year, the event is #CollisionFromHome. With three parallel tracks, a “classics” (reruns) channel, workshops and media roundtables interspersed with interviews, there’s a lot going on at any given moment. Every talk begins and ends promptly on time; it’s amazing how much a single speaker can pack into 10 minutes. Here are some of the biggest highlights from Day 1.

The importance of mental resilience

Arianna Huffington is a force, not only in media where she established her brand but in mental health with her new(ish) venture, Thrive Global. She was interviewed by Stephanie Mehta, editor-in-chief Fast Company, who probed on the idea that this COVID-19 induced new awakening around employee mental health could become a permanent thing. Huffington responded, “It’s a great time for fundamental changes that should have happened before coronavirus but change is incredibly hard and requires a catalyst – now we have one. We talk about flattening the COVID curve but we also need to flatten the chronic disease and mental health curves.”

She lamented the “common delusion” of small business owners and tech founders who are obsessed with a culture of being busy and always on. Huffington suggested that the high rate of startup failures may be correlated with the levels of sleep deprivation commonly observed in their founders. She cited scientific research which shows that “our ability to innovate, make good decisions and to be creative is the first thing to be compromised when we’re tired.”

Instead of trying to overhaul our entire lives and daily routines, the team at Thrive Global advocates for a mindset shift and to take micro-steps. Recharging throughout the day with 60-second mindfulness breaks where we meditate or practice gratitude can have dramatic effects. These micro-steps are those that are considered “too small to fail” so we can all successfully adopt them into our routines. She ended the interview with this optimistic statement, “It’s up to us [to drive change]. It’s not going to happen automatically. I’m seeing incredible steps taken by company leaders which I feel will be game-changing.”

The buzz around Gen Z

With $45 billion in spending power and the oldest members of Gen Z about to hit the ripe old age of 24, this is a generation that’s getting noticed. But securing their loyalty is no small feat. They are uncompromising; expecting sustainability, humanity and equality as par for the course from the brands they support. And they have money – they just don’t want to spend it on content that they have grown up accustomed to sourcing for free. Collectively, they eschew any hint of impropriety and are craving the truth. No fake news for this group.

Two media roundtables delved into the challenges of building trust with Gen Z and how to get them to pay for stuff they expect to get for free. Britta Muzyk-Tikovsky (Capscovil Innovation Agency) highlighted the importance of storytelling and the urgent need to align whatever people are selling with a purpose-driven mission. She talked about the value of smaller, niche audiences who “burn for the purpose” and the growing importance of affiliate marketing as ad revenues were being hampered by ad blocker technologies. The Collision group collectively made an intriguing observation: as tech forward as Gen Z is, they’re increasingly going “old school” to trusted newspapers and books to get closer to the truth they’re seeking. The media and content marketers simply need to their stories to the platforms where their audiences are consuming information; the challenge is that there are a lot of platforms. It’s dizzying trying to keep up with them all.

Emmet Ryan, technology editor of the Business Post, Ireland, cited how their publication had pivoted from being hyper-niche to as broad as a daily newspaper. Audiences all want stories; they just want to consume them in a variety of modalities from podcasts to newspapers to text-to-voice recordings. Some would argue that “broad is broke” but media outlets are scrambling to find their niche audience so they’re increasingly striking at a broader swath and it’s unclear how that will turn out. He had some sage advice that notable leaders have been practicing for decades, “always surround yourself with young people to get tips to stay relevant.”

The future is not a solo act

Nadja Swarovsky of the renowned jewelry company by the same name, suggested that a “culture of instant gratification” with the ease of accessibility and “availability 24/7 has forever altered how we connect with this group.” We need to engage Gen Z directly and work with them to co-create new models of sustainability.

Vanessa Colella, chief innovation office at Citi, decreed that “2020 is the year that purpose goes mainstream.” Gone are the days of moving slowly and allowing space for laggards to catch up. “We need to add value in a different way. Crushing anxiety, financial dislocation and isolation” are accelerating how brands need to move beyond corporate sustainability and towards direct engagement with consumers on their own level.

Trust is the new currency

Michelle Manafy, editorial director at Digital Content Next, facilitated a robust discussion on how media companies could build transparency and trust. Fewer than 40% of people in the US trust the news. In contrast, trust in journalists ranges from a scant 12% in Greece to 98% in Uzbekistan. “Recognized brands immediately engender trust in people; the bigger challenge is building a new media company. Political polarization and freedom of the press are global truisms.” The discussion turned to the question if journalists should be allowed to express personal bias on social media yet tow the line in print when it comes to writing the news. The consensus was that this was an acceptable practice because “accuracy can overcome bias.”

A powerhouse panel comprised of representatives from the BBC (Larry Madowo), New York Times (Ben Smith), the Associated Press (Sally Buzbee) and Bloomberg News (Justin Smith, no relation) tackled the issue of misinformation in the era of COVID. According to J.Smith, “advertising fell off the cliff at the end of March and kept falling in April. The industry has lost 36,000 journalists in the past few months. This is going to profoundly change the media business.” He elaborated to describe the rapid uptake of stories from one media platform by another, even if they’re unchecked and untrue, as something akin to the childhood game of Telephone where the truth becomes increasingly distorted as the game goes on. J.Smith continued, “Teaching people how to consume media has never been taught but it should be. There is an education process that needs to be rolled out.”

B.Smith recognizes the COVID effect as “the rise of individual voices, the decline of ads, consolidation in the field, and the acceleration of everything including how everything was made worse a lot faster” as the impetus behind the increased importance of trusted news. He also commented on how “journalists are being more aggressive as the fine line between a lie and an untold truth gets finer.”

Buzbee took a different tack, “There has always been misinformation, but now we’re flooded with it given the proliferation of social media challenges. People are pushing back: they want the truth. It is our responsibility to be credible and do factual reporting but it takes time and money. We’re grappling with the allure of immediacy in the context of accuracy.” The conundrum is that journalism is a public service yet news outlets want to be paid to dig for the truth despite the odds being stacked against it. “Covering the Iraq War was extremely expensive and independent journalists brought the story to the masses, but does the world still want that? If they do, do they want to pay for it?”

AI and tech in the classroom

York University is launching a new portal where students can hop on – and off – throughout the day at their own pace while the lectures run in a continuous loop. It’s a new way of bringing artificial intelligence (AI) to the masses. Their president and vice chancellor, Rhonda Lenton, discussed a dramatic shift. Students and professors have begun working together, co-creating and collaborating to bring new content to the classroom on-demand. In so doing, they’re ushering in the shift to a flipped learning model. Hands-on tech and social learning are the new paradigms.

Karen Myers, director at SRI, highlighted how AI is currently most widely deployed in the biggest industry on the planet – retail. Customer Service relies heavily on the tech to personalize its connection with consumers. Today, AI is being broadly applied to identify new treatments for the coronavirus. The interesting conclusion is that humans can work more effectively with AI versus either entity working on their own.

Myers highlighted her work with deep adaptive semantic logic (DASL) which unite the power of human thinking with AI tech in a hybrid framework. Rules compiled within the deep-learning structures can harvest critical info from the data then present the human with those insights in a humanly relatable way. She left us with three takeaways: i) humans in combination with AI will produce better results; ii) AI solutions must be designed to support human collaboration; iii) the future of DASL is to combine symbolic and neural models.

Ali Rezai, vice president and associate dean at Rockefeller Neuroscience Institute, demonstrated how they were battling the pandemic by “hacking the human operating system.” The application of geolocation combined with the simplicity of word clouds based on self-reported symptoms quickly flags hot-spots and warns people to avoid those areas. It’s a holistic solution that combines wearable tech with mobile phones to create a healthier and safer environment.

Finally, Ali Parsa of Babylon, was pained in his empathy for today’s world leaders. “There is the economic effect – these leaders need to make impossible choices – they must ask themselves which is the least worse choice?” He then openly admonished all the couch-sitters for their endless criticism of leadership and COVID-era efforts and questioned if they had the right to complain if they weren’t making an effort to be part of the solution. Parsa lamented this culture of “constant criticism” and said that, “We need a gentler, kinder society. Let’s come out of this thing as kinder human beings.” 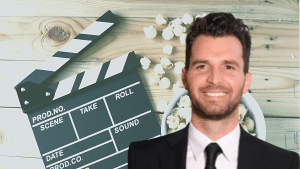 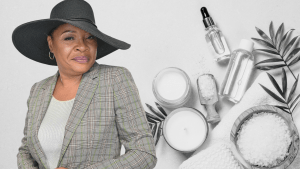 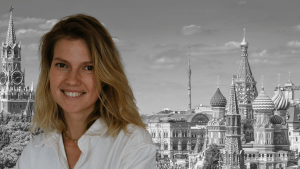 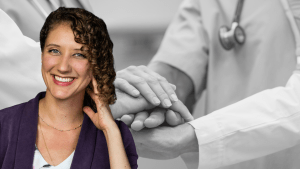 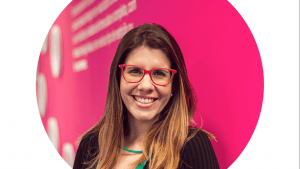 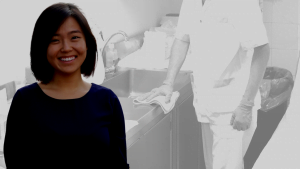