With allegations of appropriation, a lack of diverse panelists for a panel about diversity, and a lack of a clear and definitive apology, the organizers of CogX made many missteps during its recent online conference. It is a story that needs telling because, without exposure, it will continue to happen unchecked. Before we get into […]

With allegations of appropriation, a lack of diverse panelists for a panel about diversity, and a lack of a clear and definitive apology, the organizers of CogX made many missteps during its recent online conference.

It is a story that needs telling because, without exposure, it will continue to happen unchecked. Before we get into the specifics of what happened at CogX, let’s look at the broader issue.

A recent study showed that almost 70 percent of speakers at conferences are male. The company responsible for those insights performed the same research in 2018, and it seems that we’re hardly making any progress at all.

The increase in female speakers between the two years is only 3 percent.

And while there is a distinct lack of data when it comes to diversity on stage and online in the conference world, it is clear that the tech industry, in general, has failed to solve its deeply routed diversity issues. Repeatedly.

So exactly what happened at CogX?

I was first made aware of multiple issues by both Mia Shah-Dand, CEO at Lighthouse3, and Roxana Nasoi, a privacy advocate and technology strategist. “On June 4, 2020, I logged on to Twitter and was horrified to see my work to promote Diversity and Ethics in AI was appropriated to promote an all-white-women panel discussion at CogX,” Shah-Dand said.

In 2018, Shah-Dand created the first “100 Brilliant Women in AI Ethics” list to recognize talented women who are consistently overlooked in a heavily male-centric space.

“I even documented my two-year journey to build this list on Twitter recently, where I outlined the challenges of building a truly diverse initiative and why it’s important,” Shah-Dand said.

Since then, “Women in AI Ethics” (which is trademarked) has become a global initiative funding by Shah-Dand’s company, Lighthouse3. An open online directory that makes it easier to recruit talented women in artificial intelligence and related fields, Lighthouse3 hosts regular events that promote the works of women authors. It also publishes the “100 Brilliant Women List” every year with the help of its global community.

“It is disappointing that neither my work nor the women and allies who are working hard to promote more diversity in this space were not acknowledged, and instead, it was used to promote an event that’s not very inclusive,” Shah-Dand said.

In defense of CogX, a look at the list of speakers at this year’s event does show a healthy mixture of genders and ethnic backgrounds, which is all the more troubling that the session in question, which appropriated Shah-Dand’s work, was entirely populated by white women.

I spoke to Maria Axente, Responsible AI and AI for Good Lead at PwC UK, and part of the CogX editorial committee, who reflected on the work the conference has done and continues to do, to improve equality and diversity.

“CogX is by far the most exciting event in the emerging tech and AI in the world,” Axente said. “Each year, it brings the most exciting speakers on mind-blowing topics. Tabitha Goldstaub is a fierce advocate for diversity and inclusion, and she has set a target each year to challenge the numbers. She and the team have worked tirelessly to deliver an exciting event, alongside the editorial committee I am honored to be part of.”

And while it might be seen by some that an all-woman panel is a good thing, an all-white panel discussing diversity smacks of several all-male groups (or “manels,” as they’re popularly called) we’ve seen at events over the years talking about women in tech.

“In a time while Black men and women are being killed and peaceful protestors are being brutalized by the police, how is it that someone thought it was okay to put on an event without any representation from the Black community and worse, not one person called them on it?,” Shah-Dand said. “We are all complicit in this.”

Of course, the women involved in this panel were highly qualified, but that isn’t the point.

“I respect everyone on that panel, and this is not a slight against them but a reminder that being inclusive is not enough,” Shah-Dand said. “We need to be anti-racist. It’s not enough to post platitudes and black squares while also excluding Black women and women of color out of these critical conversations.”

“How can you discuss AI ethics with such a limited representation of ideas?,” Carpenter said. “Everyone on that panel is a great scholar, but many great scholars who by nature of their lived experiences offer very different lenses on ethics and research and whose voices must be included. History shows that BIPOC folks, women, other marginalized groups, and all of those intersections are often the most impacted by the outcomes of how AI is researched, developed, and used in our everyday lives.”

What happened could easily be seen as another misstep.

The session was pulled from the CogX schedule. Now while that was one of many options available for the conference organizers – finding alternate speakers from Shah-Dand’s list or inviting Shah-Dand herself would have been potentially better – it failed to inform conference-goers of the change, and the reasons why it happened.

“No doubt, Mia should have been invited and be part of it on a panel talking about women in AI ethics, she is a pioneer and a leader in the field,” Axente said. “It was an unfortunate omission, and all of us contributing to the event, either directly or indirectly share responsibility.”

I spoke with seven attendees of the event and asked them to check both their emails and within the event platform for any announcement of the program change.

On June 4, 2020 – the same day CogX was still promoting the session on Twitter – CogX did write a statement on the blog area of its website. That statement does address some of the issues. However, it doesn’t include the session (or, potentially, sessions) removed, the reasons why, and it was not communicated directly to attendees via email or within the event platform. It was, however, tweeted to CogX’s followers.

At a time in history, when it could have created and promoted a definite statement, owned up to the issues, and pushed other events not to replicate its errors, CogX did the bare minimum.

So how is the industry going to fix this problem for good, and ensure this kind of situation doesn’t happen again?

“My advice to all event organizers is to fill your speaking slots with women of color speakers first,” Shah-Dand said. “If you can’t get a Black woman or woman of color to your event, cancel it, and find out why women of color don’t want to join your events. Beware of tokenism – adding a woman of color for optics or as an afterthought. You have to be intentional about including women of color.”

And it’s not just about putting a diverse range of experts on stage, either.

“Additionally, what is your conference doing to make access or participation feasible for folks you perhaps haven’t supported previously?,” Carpenter said. “Scholarships, grants, speaking or travel honorariums, child care? Academia is stuck in a system built on archaic assumptions that if you are in academia, you must be economically advantaged and have extended family support. This model is not accurate in 2020 and not sustainable for inclusivity; it only supports the same people it historically has, predominantly men and people with economic security. Academia does not look like this in reality, but it reflects that paradigm continually, and we must break it down.”

And just as it takes a village to help, so it falls upon all of us to assist conference organizers with their speaker and program choices.

“Any of us, next time when they are invited to attend events either as a panelist or a speaker, should think about who else needs to be in the panel, what other diverse perspectives need to be presented, and work with the organizers to achieve this,” Axente said. “We shouldn’t expect the organizers to do it all. Imagine the richness of debates when different voices, with different topics, are brought to the table, especially in artificial intelligence, where we need it as fresh air to deliver responsible and ethical AI. The UK computer pioneer Dame Wendy Hall has a quote I love ‘if it is not diverse, is not ethical.'”

Shah-Dand sums that sentiment up perfectly.

“I can’t believe this still needs to be said: you can NOT have ethics without diversity and inclusion. You cannot talk about ethics by supporting racist and exclusionary practices. And if we in the AI Ethics community don’t call this out, then who will?”

Grit Daily has reached out to CogX for comment and will update this article upon response. 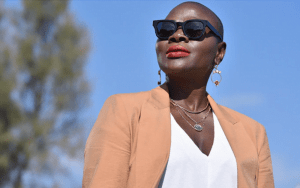 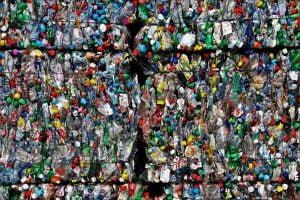 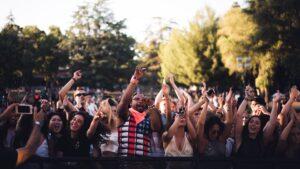 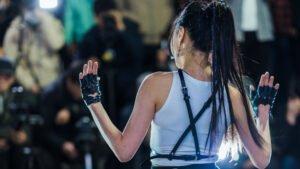 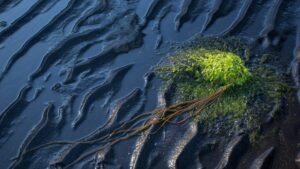 Biomicrogel Group raises $13m to save nature from pollution