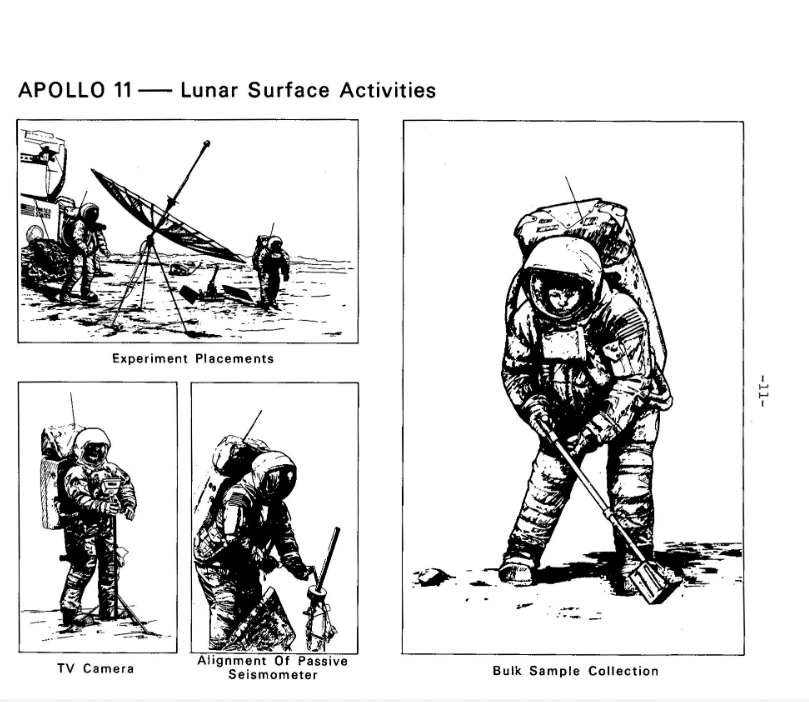 “The mission of Apollo 11 is one of the greatest achievements in human history –hundreds of thousands of people spread across tens of thousands of companies all focused on putting the first humans on another world.” –Tom Douglas Miller, Director

From director Todd Douglas Miller (Dinosaur 13), comes a cinematic event fifty years in the making. Taken from newly discovered troves of 65mm footage, and more than 11,000 hours of uncatalogued audio recordings, Apollo 11 resurfaces and takes us straight to the heart of NASA’s most celebrated mission–the one that first put man on the moon, and forever remembered astronauts Neil Armstrong and Buzz Aldrin in every textbook in the world.

Miller and the team were working closely with NASA and the National Archives (NARA) to help locate all existing Apollo 11 footage when NARA staff members made a startling discovery–a massive, unprocessed collection of 65 mm  large format footage, unreleased to the general public was discovered, containing stunning footage and shots of the Apollo 11 launch as well as inside Mission Control, recovery, and post-mission activities.

Additionally unexpected, were over 11,000 hours of audio recordings, made by two custom recorders which captured individual tracks from 60 key mission personnel throughout every moment of the mission. Apollo 11 film team members created codes to restore these audio files and make it searchable, beginning the multi-year process of listening to and documenting the recordings, in an effort that will yield remarkable new insights into key events of our space program.

The biggest question is why nobody has been able to see this footage until now?

According to historical consultant, Robert Pearlman, these new reels were discovered by coincidence sitting in the National Archives, so close to the 50th anniversary of the moon landing.

“Originally NASA held the footage in a storage facility, but over the years it was transferred to the National Archives, where it was more or less forgotten. Some of the footage was prepared for documentary release in the 1970s, but once again the footage was cropped. This is the raw footage as it was originally taken, and since NASA didn’t have the funds or interest to produce more material, it sat unused. Fifty years later, the possibility of finding footage we’ve never seen before is becoming more and more rare, if not impossible. Because it’s such a famous, iconic event in history, one would think all footage was ever to be seen from it would have already been discovered.”

But, with the audio recordings, Pearlman admitted to knowing of its existence.

“It had not been lost to the years like some of the images, but we’ve only had access to it recently. When the astronauts went to the moon, there were several different tracks of audio, including the space-to-ground audio, or the voice of the astronauts being broadcast to the ground, and the singular voice of the representative from Mission Control being transmitted back up to the astronauts. There were other tracks that were known to exist which had not been released to the public, including the flight director’s loop, featuring all the voices from Mission Control consoles talking to him. In addition, there was footage of the astronaut’s voices from space as well as the back-room audio loops coming from Mission Support. NASA made hours of this audio available, and what his file team has done is sort through that audio, re-mastering it and synching it up with available film footage. For the first time, you can watch flight controllers speaking from Mission Control and actually hear what they’re saying because the audio has been meticulously synched with the corresponding moment in time.”

“This film only exists because of the tremendous efforts and sacrifices of an extremely talented group of individuals,” Miller emphasized. “From the archivists and researchers, to the post production teams and production partners, everyone labored for years to ensure we got it right.”

The film has a running time of 93 minutes and is not yet rated.