Clubhouse: What You Should Know About the New Social Kid on the Block

By Brian Wallace
GRIT  DAILY ®
The Premier Startup News Hub.
Grit Daily News is the premier startup news hub. It is the top news source on Millennial and Gen Z startups — from fashion, tech, influencers, entrepreneurship, and funding.
Clubhouse: What You Should Know About the New Social Kid on the Block
By Brian Wallace

In a time of seemingly never ending lockdown, we have become so tired of talking to our families, our green zone, and ourselves. We are craving conversation from events and get togethers from an in-person time that seems so long ago. Enter Clubhouse, rumored to have recently crossed the 1 million user mark (confirmed by […]

In a time of seemingly never ending lockdown, we have become so tired of talking to our families, our green zone, and ourselves.

We are craving conversation from events and get togethers from an in-person time that seems so long ago. Enter Clubhouse, rumored to have recently crossed the 1 million user mark (confirmed by NYT a week ago at 600,000 users).

All of this being iPhone only and invitation only.

Part of the success, no doubt, is the ability to get in the living room conversation with some of the world’s rich and famous: actors, singers, artists, tech founders.  Oprah has been on there.  Billionaires randomly enter rooms.  An entire performance of The Lion King has taken place – Hamilton the musical will also be coming soon.

This is a more real network compared to a lot of the growth hack overrun numbers games you see in many other social networks.  Don’t think that just because you have a large following elsewhere that it will translate.  People are amassing a large following on CH by “dropping gems” aka thoughts of value and being value driven.

I overheard one speaker refer to it as being in their living room.

Others observe the behavior akin to hanging out in a hotel lounge with friends after watching a speaking event at a conference.

Some clubs and people of interest

We Drop Gems by MarQuis Trill

(Note: there isn’t a comprehensive list of clubs anywhere I know of but Ed Nusbaum (@Ed) seems to have been a part of virtually every club there is. David Markovich has quickly amassed 15,000 followers by by consistently hosting rooms.)

PTR (pull to refresh) – this is swiping down on your phone to refresh the room, showing the new order of room members.  You’ll hear moderators talking about this as resetting the room.

Hallway – the firehose of different rooms you can join, heavily influenced by who you follow

Room – can be public (open to all), social (just those who you follow), and private / closed

Room Layout – think of a room composed of these echelons:

Moderator – founder of the club / room

Followed by the speakers

Others in the room

Interestingly, the app has no ability to direct messages to others.  The closest you get to this would be to start a private room, and they also have raised awareness and visibility to connect off-platform, specifically featuring Twitter and Instagram at the bottom of your user profile.

Within your user profile, many people feature their email, phone/text, and cashapp profiles (think of this as a way to tip the moderators for dropping gems of value) for further ways to connect.

A word of warning – this is a highly addictive, conversational app – so be prepared to dive in for hours of unexpected value and fun.  Keep your phone charged as it will likely be a big battery drain!

Ready to jump in? I’ll be leading my first publicly scheduled chat co-hosted by Jamila Bey and Judi Fox this Wednesday 12/30 at 2pm ET. 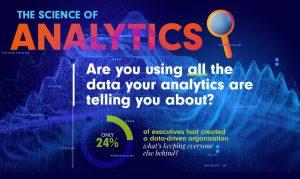 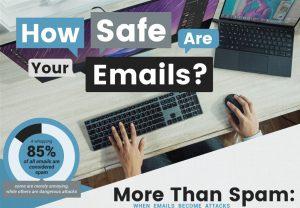