Will Clubhouse Get ‘Diluted’ with Android Add?

By Dan Kreilkamp
GRIT  DAILY ®
The Premier Startup News Hub.
Grit Daily News is the premier startup news hub. It is the top news source on Millennial and Gen Z startups — from fashion, tech, influencers, entrepreneurship, and funding.
Will Clubhouse Get ‘Diluted’ with Android Add?
By Dan Kreilkamp

Previously an iOS exclusive, the audio- and invitation-only social media app, Clubhouse, has some big news. And if you’re an Android user—you’re going to want to listen up. The rapidly growing startup announced on Mother’s Day that it would begin rolling out its beta version of the app for Android users. “We will begin gradually, […]

Previously an iOS exclusive, the audio- and invitation-only social media app, Clubhouse, has some big news. And if you’re an Android user—you’re going to want to listen up.

The rapidly growing startup announced on Mother’s Day that it would begin rolling out its beta version of the app for Android users.

“We will begin gradually, with the U.S. today, followed by other English-speaking countries and then the rest of the world,” the Clubhouse team wrote in its May 9th press release. “Our plan over the next few weeks is to collect feedback from the community, fix any issues we see, and work to add a few final features like payments and club creation before rolling it out more broadly.”

Clubhouse’s early success has been due largely in part to its element of exclusivity. Prospective members—until now, only iOS users—have had to secure an invitation from an existing user to gain access.

What does that access include? A myriad of audio-based content, ranging from interviews to group conversations on a wide variety of subjects. And celebrities are loving it: just ask Elon Musk.

Vogue described the app as a “dizzying bringing together of live podcast-style conversations, panel discussions, networking opportunities (some savvy people are already swapping ‘influencer’ for ‘moderator’), and advantageous multiple-room use (locked and private options are available so you can talk to pals too), the social-media app mimics real-life interactions.”

The company has had to carefully manage its approach to growth so far.

“We’ve always taken a measured approach to growth, keeping the team small, building in public, and getting feedback from the community along the way,” the announcement continues. “When you scale communities too quickly, things can break. So we started Clubhouse on a single platform and have expanded gradually through an invite model.”

This beta period for Android users is another example of the company’s measured approach to growth, keeping in line with its wildly successful model. And while there have been rumors that the app might be lifting the invite-only system, it sounds like we’ll have to be a little more patient before its available to everyone:

“We will be continuing the waitlist and invite system, ensuring that each new community member can bring along a few close friends. As we head into the summer and continue to scale out the backend, we plan to begin opening up even further, welcoming millions of more people in from the iOS waitlist, expanding language support, and adding more accessibility features, so that people worldwide can experience Clubhouse in a way that feels native to them.”

The press release included a link for eager Android users to download the app and sign up in advance. Users will be notified once the app is available in their area. It also included a link to a FAQ, for more information on exactly how the beta period will play out.

Clubhouse hopes the inclusion of Android users will offer the app a more “complete” feel. 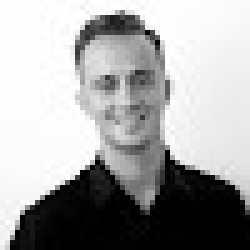 Dan is a Staff Writer at Grit Daily, a freelance journalist and the lead staff writer & editor of a popular business magazine. A marketing professional by trade and a storyteller at heart, Dan covers everything from telecom and tech to travel and entertainment. When he isn't digging up and dishing out the latest scoop, he's probably busy with a landing page or business slogan for his boutique copywriting operation: DK Copy.