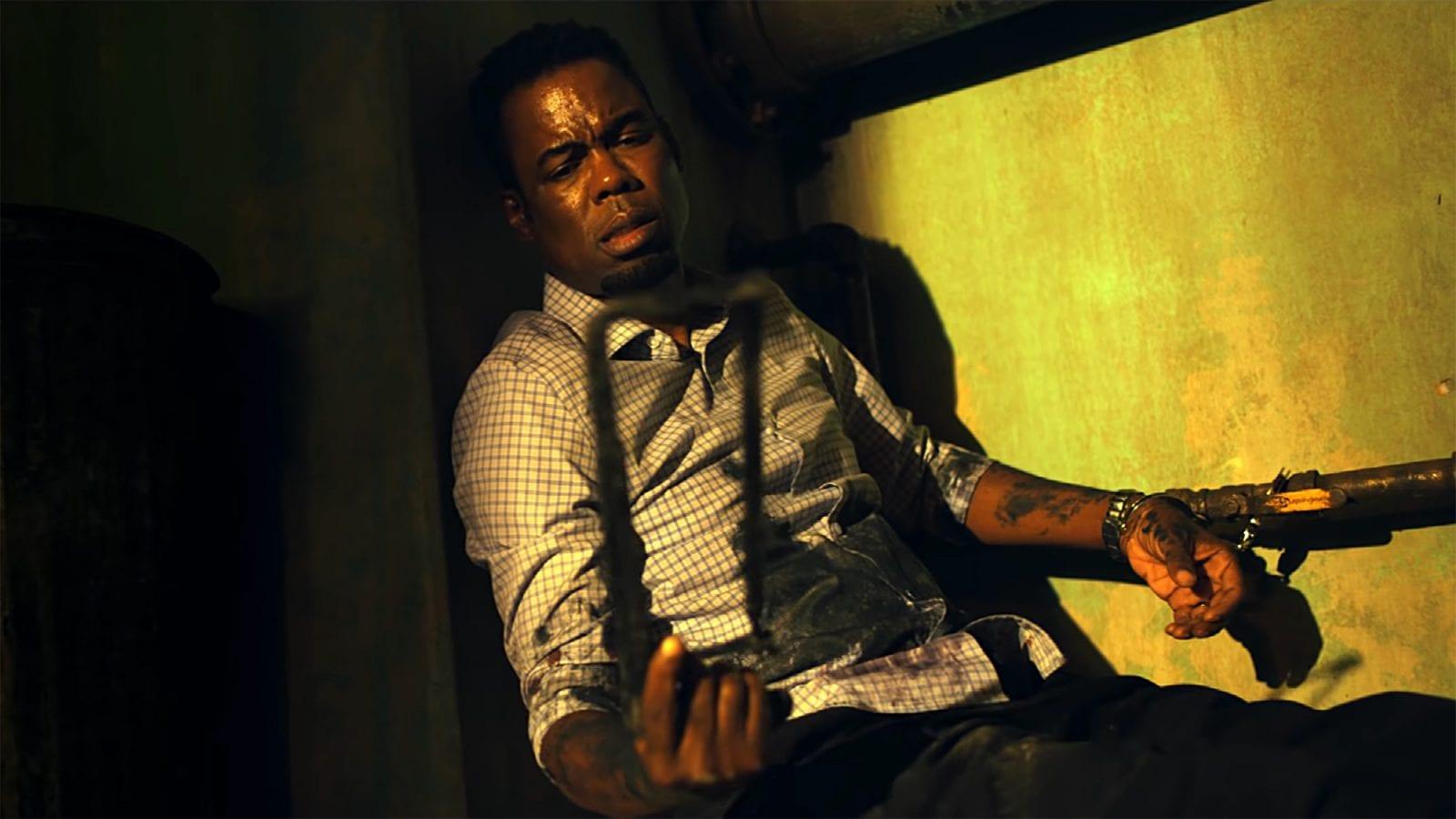 Chris Rock Tangos with Jigsaw in ‘Spiral: From the Book of Saw’ Trailer

During the height of success for the Saw franchise, who possibly would’ve thought a reboot in the future would one day star Chris Rock and Samuel L. Jackson? The news shocked the Internet. Saw and Chris Rock don’t go hand-in-hand from the sound of it, but based on the first trailer for Spiral: From the Book of Saw, that combination of talent and material may pay off big time.

Spiral: From the Book of Saw Trailer

The Rock-led horror movie is the second Saw reboot in recent years. In 2017, we saw the decent Jigsaw from the very talented Spierig brothers. The movie was a worldwide box-office success, but again, Lionsgate is hitting the do-over button on one of their most popular franchises. For the reboot, the studio brought back director Darren Lynn Bousman, who directed three Saw sequels after James Wan birthed the franchise.

We haven’t seen Chris Rock quite like this before. He’s stretching himself more than he has in a while this year with this project and the fourth season of Fargo. Rock’s involvement in both projects came as a surprise because most of the time we either see him performing stand-up or working with Adam Sandler. We don’t even see him write and direct as much as we’d like, too. Of all the projects he could do, this reboot wouldn’t be anyone’s first guess. In a way, that’s what makes the movie enticing and promising. Rock saw something in the franchise. He’s very selective in what he does.

A Surprising Treat for Fans

The funny thing is, Spiral: From the Book of Saw was born out of a joke. Rock joked to the head of Lionsgate about making a Saw movie, and lo and behold, the head of Lionsgate likes money and signed off on the idea. With Rock’s involvement, it makes Saw an event. These movies rarely ever have stars on his level leading them. It adds a whole new level of pedigree and excitement to the franchise, which most likely, will make the series bigger than ever at the box-office. Chris Rock and Saw? Believe it or not, that’s a winning formula right there. It’s a combination of two major names, not to mention Samuel L. Jackson. Lionsgate is giving two big reasons – Rock and Jackson – to go to the theater again for a Saw movie. The franchise needs new blood to survive, and it definitely got it.

When Rock was announced to star in this project, some people wrongly assumed Lionsgate was going for comedy. They’re not. It’s still a Saw movie, but for once, one of these movies may have an actual good sense of humor. Rock has said so himself. The actor, who didn’t write the movie but was involved from very early on, has said only to expect jokes here and there. Rock’s hope is, the few laughs are great enough to elevate his Saw movie. How many horror movies have a sense of humor as quick and funny as Rock’s? Not many. We’ll see just how much fun exactly Rock and Jackson brought to the movie in May when it’ll most likely crush at the box-office.

Spiral: From the Book of Saw Synopsis

A sadistic mastermind unleashes a twisted form of justice in SPIRAL, the terrifying new chapter from the book of SAW. Working in the shadow of an esteemed police veteran (Samuel L. Jackson), brash Detective Ezekiel “Zeke” Banks (Chris Rock) and his rookie partner (Max Minghella) take charge of a grisly investigation into murders that are eerily reminiscent of the city’s gruesome past. Unwittingly entrapped in a deepening mystery, Zeke finds himself at the center of the killer’s morbid game.

Spiral: From the Book of Saw opens in theaters May 15th.