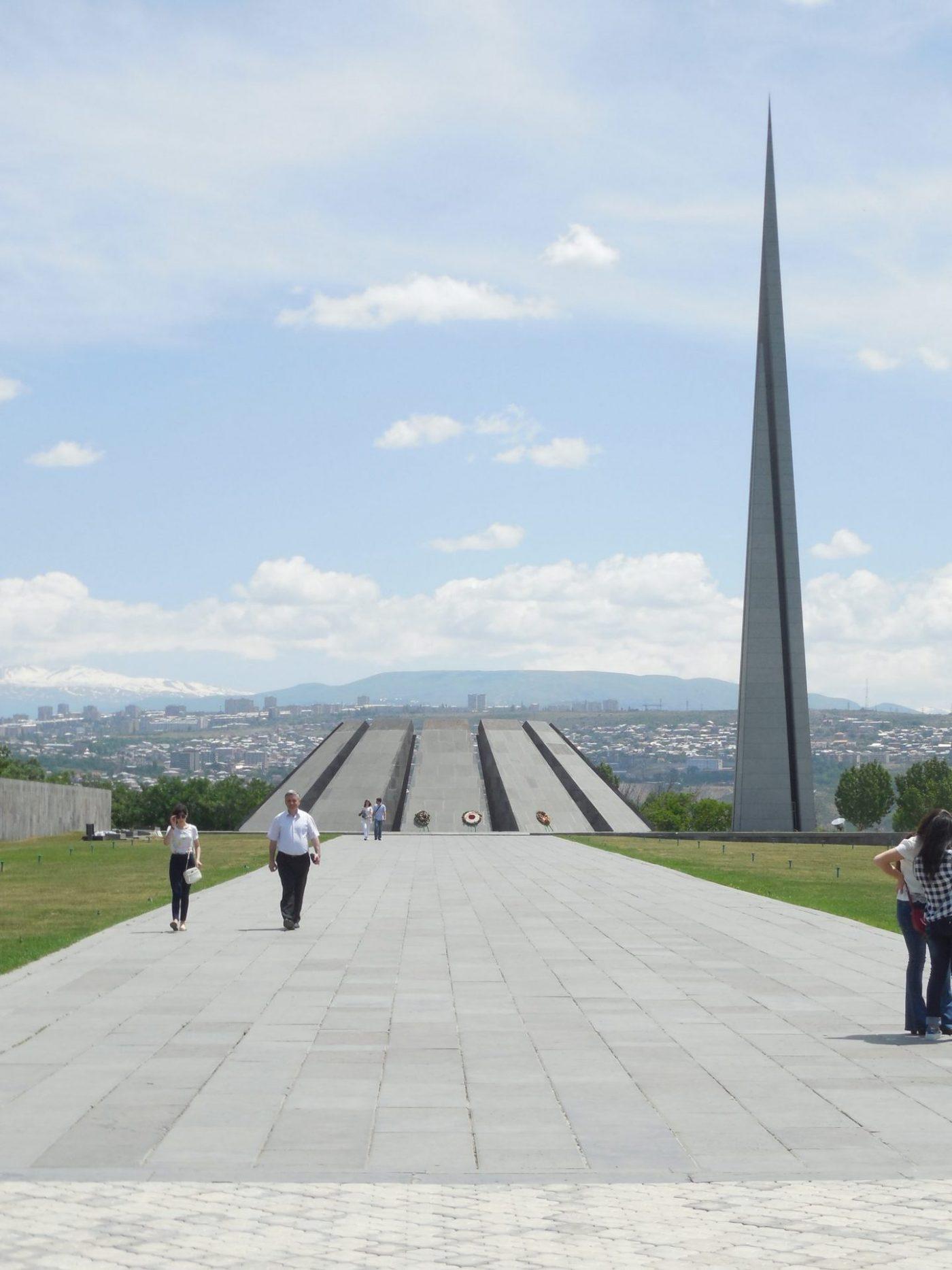 The recent flock of Instagrammers to Chernobyl’s Exclusion Zone “tourist attraction” is too young to remember the nuclear disaster 33 years ago. They wonder about the ghost town where thousands had to flee to safety.

Safety measures were top of the mind for the Cambridge Peace Commission delegation enthralled into the next phase of establishing “sister city” relations with Yerevan, Armenia. After a few days of meetings, we had Moscow’s blessing. We were off to Armenia — coincidentally the first nation to have accepted Christianity in 301 A.D.

We landed in Yerevan’s airport to the cheers of a large group of youth gathered at the tarmac. A group of young men, armed with musical instruments, rushed out of the plane ahead of us. They waved at the screeching teens there to greet the popular musical band visiting Armenia for a concert.

We followed the band and were escorted to the airport VIP section. We were soon greeted by an official delegation of Soviet-Armenian city government and foreign relations representatives. Our delegation members were city officials, civil rights activists, an attorney, an African American Methodist clergy, a veteran, and school committee chair. We soon paired with our Soviet Armenian counterparts.

As the youngest delegation member, I was also the only Armenian-American. This was my first trip to my spiritual homeland.

The first day of official meetings with Armenia’s city officials commenced with a trip to the hilltop Armenian Genocide Memorial. We paid our respects to the memory of 1.5 million Armenians massacred during the 1915 Armenian Genocide perpetrated by the Ottomans. Circling the eternal flame at the monument’s pit, operatic liturgical music piped out of the eight concrete pylon walls. There were no dry eyes among the Cambridge delegation. Our Soviet counterparts were surprised but embraced our empathy. It most certainly thawed doubts, boundaries and political divides for the week-long meetings and negotiations that followed.

The veteran in our delegation exchanged medals with Soviet veterans who fought in WWII.  They hugged and spoke through tears and the universal veteran camaraderie language. Twenty million Russians died in  WWII.  All Soviet cities and towns had a WWII memorial.

Chernobyl disaster clouds in far horizons reminded us of life’s fragility. The slow thaw of distrust was evident on both sides of the iron curtain.  It was confirmed when a scientist at the academy of sciences dismissed the Soviet Union’s nuclear ambitions and a parliamentarian accompanying us, remarked on the outright “alternative truth”. It reminded me of Valery Legasov, the chief scientific investigator, depicted in HBO’s Chernobyl,  who upheld truth over nationalism.

We met many Soviet citizens stereotypical of the stern, unfriendly personalities. But we met as many cheerful, smiling faces welcoming us into their humble homes. They offered table-full of delicious zagouski appetizers and sent us off with small tokens.

Our African-American Methodist priest attracted attention across the Soviet Union. An elderly woman in Armenia pointed at him asking “Africa?” When he confirmed he was from America, she was shocked. Soviet propaganda had instilled slavery as a constant in America.

After week-long meetings with city officials, the Cambridge delegation forged an agreement which still remains active as one of the longest sister-city relations in Cambridge, Massachusetts.

On our last day in Armenia, the delegation gathered back at the airport VIP room. We bid farewell to forged friendships and memories shared with our counterparts. There were once again shared tears.

Leaving Armenia, we traveled to the oil-rich, Islamic Republic of Azerbaijan for a few days of respite. Set on the Caspian shores, Baku, the capital city offered a stench of crude oil.  The city’s mayor ruling over the most powerful Soviet city that provided 40% of the entire Soviet Union’s oil supply, was Jewish!

In the ancient part of Baku, school children out on a field trip greeted us with peace songs. The girls wore large hair bows typical of Soviet children portrayed in the HBO’s Chernobyl series.

On our flight back to America, I celebrated my 25th birthday, miles above the clouds. Our delegation members sang Happy Birthday and the Soviets on board joined in singing in Russian. Many offered me colorfully wrapped individual kanfet chocolate pieces.

I celebrated precious forged friendships and shared smiles with total strangers, photographs documenting citizen diplomacy and partially erased stereotypes. I had unadulterated views behind the “iron curtain.” I was a participant in building peace bridges. Citizen diplomacy had won over government rhetoric.

Watching the Chernobyl series, I recognize iconic landmarks and the controlling Soviet state striving to maintain order at all costs. That first journey behind the iron curtain validated the invaluable merits of citizen diplomacy. Our similarities, regardless of our location, political ideology, skin color, or religious beliefs, was undeniable.

The poem by the 13th –century Persian poet, Saadi, inscribed at the entrance to the UN building, confirms:

The sons of Adam are limbs of each other, Having been created of one essence.
When the calamity of time affects one limb, the other limbs cannot remain at rest.
If thou hast no sympathy for the troubles of others,

Thou art unworthy to be called by the name of a human.

This message should resonate in the current posturing for yet another aggressive war. This time with Iran.