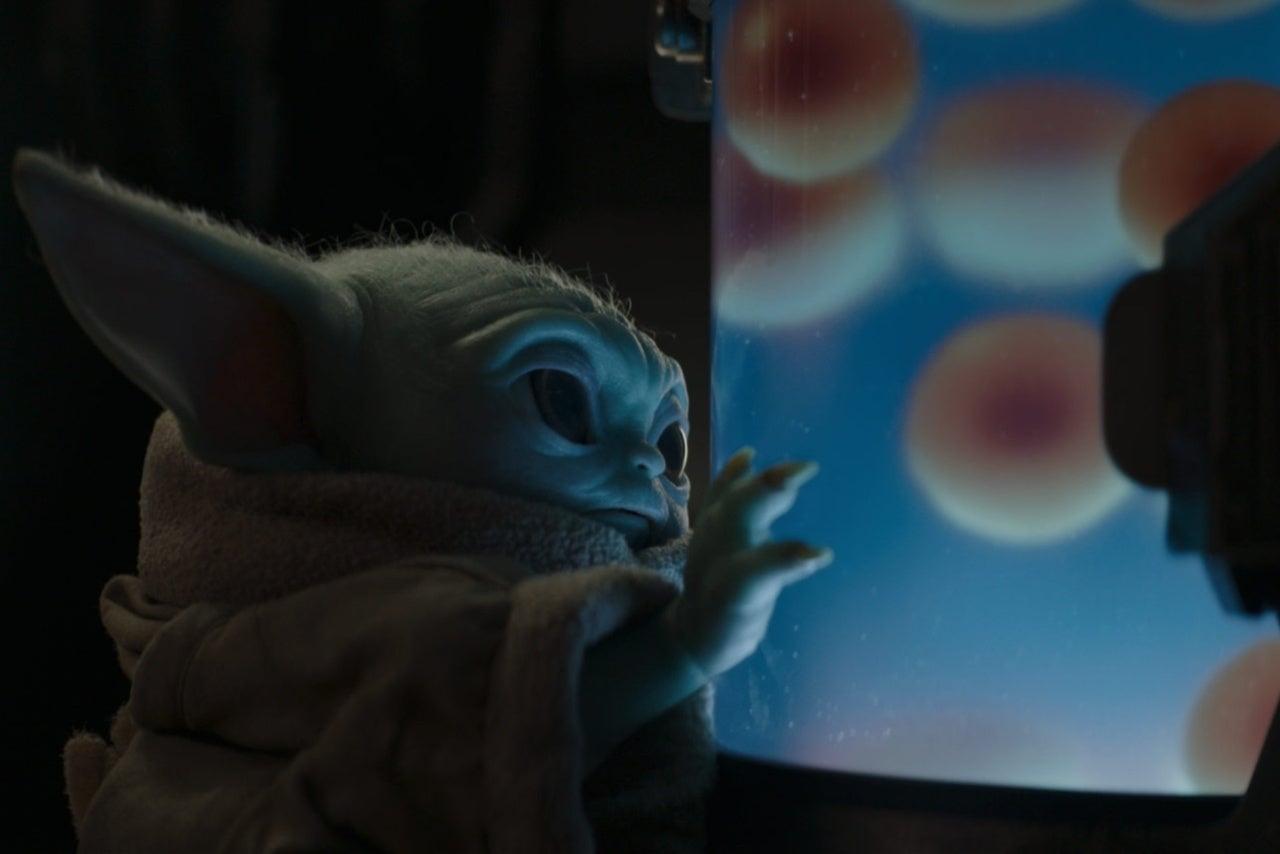 Welcome Back to Chapter Ten of the Mandalorian, or the one where, “Baby Yoda Eats a Frog Lady’s Eggs.”

In a peak case of “That’s so 2020,” the internet is currently divided over Baby Yoda. Chapter ten of the Mandalorian is now available to stream on Disney Plus. The episode, titled “The Passenger,” is all about Baby Yoda committing mass genocide by gleefully devouring the eggs of an endangered alien species. Or he could be acting like a baby alien that has no sense of morality or ethics. You decide.

I guess some other stuff happened in the episode too. Lets rewind the tape!

There’s something about this show that gives me a video game vibe. (Could Baby Yoda be the final boss in the ultimate plot twist?) For example, this episode felt like one of those side quests you can take in the Legend of Zelda but they’re not actually necessary to beat the game. Mando’s friend Peli Motto (Amy Sedaris) basically has secured a contact for Mando to find more Mandalorians, the main goal introduced in the last episode.

The catch is that the contact is a Frog Lady who needs to be transported pronto to the next sector. The Frog Lady has a jar of eggs in her possession that are quite literally the last of her species, and her husband is waiting at the destination to fertilize them. Mando is not thrilled when Motto tells him that he can’t utilize hyperspace travel to get to where the Frog Lady needs to be. Her unfertilized eggs are too fragile for a jump to lightspeed.

Turns out that was the least of the Frog Lady’s worries.

Baby Yoda slyly slips away from Mando and the Frog Lady like he’s on his way for a sneaky midnight snack. He eyes the eggs with curiosity and before you know it he’s slurping them down with the joy of a kid with an ice cream cone. Mando catches him and goes into full dad mode, scolding Baby Yoda for angering the entire internet.

Mando is pulled over by two X-wing pilots (Dave Filoni and Paul Sun-Hyung Lee) who question Mando’s travel intent based on his past history and lack of proper space paperwork. Basically Mando’s ship the Razor Crest isn’t registered as a New Republic or Empire ship, giving the two pilots cause for suspicion. This leads to a classic Star Wars space chase in which the two pilots tail Mando’s ship right into an icy-planet-that-isn’t-Hoth-from-The-Empire-Strikes-Back.

Mando is perpetually annoyed in this episode and I just want a character to treat him to a space whiskey or something. Baby Yoda attempts to warn Mando that the Frog Lady has left the ship and Mando is just like, You might be cute but can you fix my ship? When Mando finally realizes that Baby Yoda was trying to tell him a vital piece of non-egg eating info, he discovers the Frog Lady in a hot spring, attempting to keep her eggs incubated.

Baby Yoda takes the prime moment when the Frog Lady and Mando are distracted to eat another egg like thing in the snow which turns out to be a HORRIFYING SNOW SPIDER. (I suppose the actual name for it is a krykna.)

The same two X-wing fighters end up saving Mando and company from the snow-spiders of doom to save the day. They basically decide to let Mando go because he did round up some wanted space criminals in the past and also helped one of their fellow officers. Mando and friends continue their journey to the Trask moon and onwards to chapter eleven.

Honestly, I think it’s great that the show is demonstrating the Baby Yoda is in fact, an alien baby. I totally get why fans were disturbed by the moral implications of his actions, but it’s a risk that adds a nice mysterious layer to Baby Yoda. Could he be turned to the dark side with the right amount of snacks? We’ll just have to wait and keep watching to find out.

The Mandalorian is available to stream on Disney Plus.