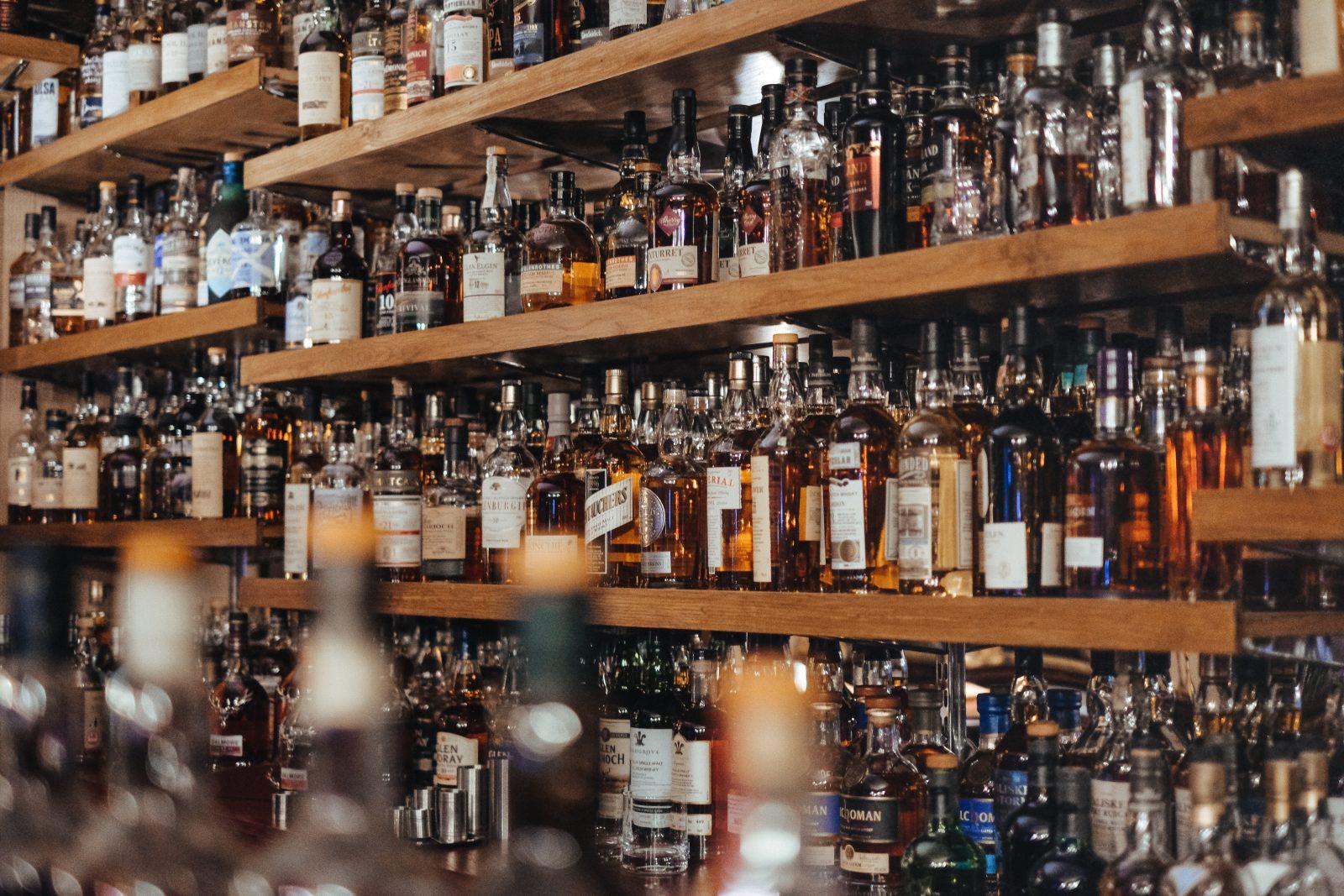 It seems these days that celebrity alcohol brands are the latest trend for famous people looking to diversify their portfolios and images. Everyone from George Clooney to Shay Mitchell to Conor McGregor has a liquor brand to their names. Some of these brands I’ve tried before, while others I tested for the first time for this piece. I am a writer, but also a part-time bartender and I like to think I know my liquor. I love a fancy cocktail, and I am known for being more than a little picky about various alcohols. So, I tried several of the most talked-about celebrity alcohol brands, tinkered around with some recipes, and discovered what’s good, and what’s just not.

Vodka is my usual liquor of choice, although I tend to favor Ketel One, so I had high hopes for this one. I’m best at making vodka cocktails and I was pretty certain that I could make this one work. I bought two airplane size bottles, one of the regular Ciroc and one of the Ciroc Apple. The regular Ciroc was just a pretty average vodka. It wasn’t bad, but there was definitely nothing particularly special about it. It won’t be replacing my classic Ketel One any time soon.

The Ciroc Apple, however, was kind of great. It was a little sweet for my taste because it tastes almost exactly like the apple part of those caramel apple lollipops that come around at Halloween time. I made an apple martini with it and it tasted exactly like Halloween night. I’ll definitely be bringing this one back for specialty drinks next October. It’s not something I would drink every day, but the Ciroc Apple is great for the occasional fun martini.

This tequila is an incredibly popular option for those who drink tequila. I hear about it all the time, and people really love the stuff, but I’d never personally given it a try. As far as celebrity alcohol brands go, this is the one that first came to mind.

I decided to try the Casamigos as just a chilled straight shot with salt and lime. As I started pouring the shot, I thought this might be a mistake, but I didn’t have the supplies for any other proper tequila drinks so I had no choice but to go for it.

For background, I do not like shooting tequila. Or really anything, but especially not tequila. As far as tequila shots go, however, the Casamigos was pretty doable. It went down super smooth, and I can totally see this being my go-to tequila for those occasions where tequila is required. It’s definitely top-shelf, I paid $24 for a half-size bottle, but it’s worth every penny for tequila lovers and tequila skeptics alike.

I had never tried these or even heard of them before I started doing research for this piece. I wanted to try both flavors, the lime, and the grapefruit, for the sake of a thorough, balanced review. The first thing I thought when I picked up the cans is how absolutely gorgeous the packaging is. It’s unique, it’s fun and summery, and it immediately gave me positive vibes about the product. Onda nails the branding aspect of this alcohol test.

As for taste, the grapefruit one is like a tequila La Croix. The flavor is super subtle albeit a little artificial. You can definitely taste the grapefruit, but the tequila barely comes through which is great if you, like me, aren’t a huge tequila fan. As for the lime, it’s much of the same. A slightly artificial sparkling lime flavor with almost no tequila taste. It’s light and summery and perfect for that Instagram shot.

If you love La Croix, you will likely adore these. They’re light, they’re low cal, and they look very cool on Instagram. I’m not sure if there is a recipe I can use these for. Like White Claws, they’re seemingly meant to be drunk on their own. Crack one and enjoy it.

As a huge Real Housewives of New York fan, I could not leave Bethenny off of this list. I have not had anything Skinnygirl since roughly 2010 when my best friend Jessica and I had one sip of the stuff and swore it off for a lifetime. In the last decade, my tastes have changed a great deal and I figured it was time to give it another go.

I chose the spicy lime flavor as opposed to the regular, because I am a huge fan of spicy drinks and I thought that sounded right up my alley. The ready-to-pour margarita thing made me nervous so I figured I’d set myself up for success as much as possible. Unfortunately, this stuff isn’t spicy at all.

I put a few ounces of this into a shaker with ice to make it nice and cold and poured it over ice with a salted rim, to try and make it as authentically margarita-esque as possible. It has the slightest hint of a kick, but not enough to give it any real flavor. Despite the low-calorie label, this drink tastes sweet. It is a margarita, so some sweetness is expected, but the artificial taste to the sweetness just wasn’t my thing. As much as I love Bethenny, I was right about this one ten years ago and won’t be buying it again.

I love a nice gin, but for whatever reason, I’d never come across Ryan Reynolds’ Aviation Gin until today. The bottle is downright beautiful and evokes a bygone era. The gin itself tastes super expensive. It is perfect for any gin-based cocktail. I made both a Tom Collins and my dad’s Negroni recipe with Aviation Gin and both turned out beautifully. The Tom Collins especially worked really well with the flavoring in this gin. I’m starting to think that beautiful packaging makes a difference in perception of taste because I went into the experience with high hopes for this gin, based on the fancy looking bottle. It worked out well, though, and this is one on this list that I’ll definitely be repurchasing. It just might be my favorite of the celebrity alcohol brands I’ve tried so far.

The first time I had this whiskey I was honestly floored. My boyfriend and our former roommate brought it home just to try for fun. None of us had particularly high expectations, but as it turns out, McGregor knows his whiskey. We underestimated an Irishman when it comes to whiskey, which in hindsight, was an obvious mistake. Proper Twelve tastes far more expensive than it is, with remarkable smoothness and subtle smoky vanilla flavor. It’s mild for a whiskey, but still has that slow burn and familiar comforting taste that fans of whiskey will love.

Proper Twelve can undoubtedly be enjoyed straight, on the rocks or neat both work, but my favorite way to drink it is in a Proper Mule. It’s a 2oz pour of Proper Twelve and the juice of half a lime, topped with ginger beer. If you want to be authentic, serve it in a copper glass, but I usually just use my regular highball glasses.

I had my first glass of Miraval Rosé at my father’s house, and I inherit my pickiness about alcohol wholly from my father, so I knew if he’s serving me something, it’s going to be quite tasty. The surprise here came when I found out that the delicious wine I was drinking came from Angelina Jolie and Brad Pitt’s vineyards.

The Miraval Rosé is light and crisp, perfectly refreshing for summertime. It is not too sweet, which can be an issue with many rosé wines. This wine is almost dangerously drinkable. I bought myself a bottle to refresh my memory for this piece, and I am just as enamored with this wine now as I was several years ago, even though now I am almost exclusively a red drinker. As far as celebrity alcohol brands go, this is a classy and delicious option for anyone who loves rosé or just wine in general.

Okay, I did not actually try this one because even I can’t justify spending $326 dollars for a bottle of champagne on a Tuesday just for the sake of trying it for this article. Sorry, dear readers. However, this champagne has remarkably good reviews. I guess at that price point, it’d better be at least halfway decent. If you have the means, pick up a bottle and let me know how it goes. I’m dying to know.