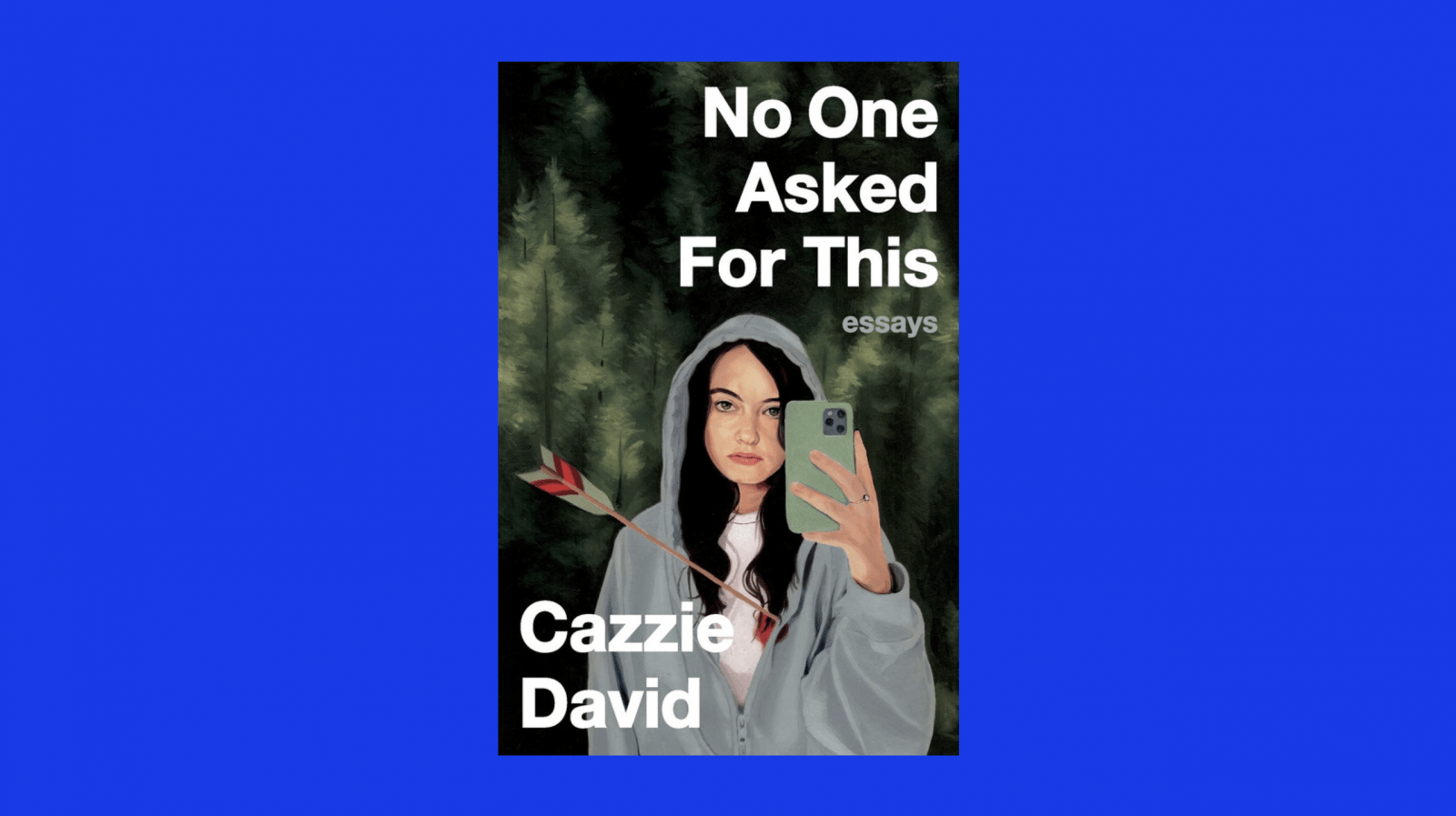 Who Will Be the First Brave Soul to Review the Cazzie David Book on Amazon?

I read a lot of books. I studied them in college and, especially now that I have no social life outside of the occasional FaceTime call, I continue to devour them at an alarming pace. I also love pop culture. Between my ability to recite the entirety of the Kardashian-Jenner family tree to the fact that I once interviewed Caroline Calloway for an entire hour (making me a de-facto expert in all things tittáy), I am nothing short of a pop culture encyclopedia. So naturally when a celebrity or their child announces the release of an essay collection or memoir I am all over it—and there was no exception to No One Asked For This, the highly anticipated book of essays from Cazzie David that was released this week.

The book of essays from Cazzie David, which range in topic from her relationship with her sister to a story about the time she worked as a production assistant on Curb Your Enthusiasm, is less an introspective masterpiece than it is a classic example of the ways in which it pays to be well connected. A book of essays, as a work of nonfiction, gives a writer the ability to comment on a broad range of topics without having to create one overarching theme or story as they would with a traditional memoir. The best of them provide much-needed perspective on society. Such was the case with Mikki Kendall’s Hood Feminism or even, dare I say, Jia Tolentino’s Trick Mirror. The former of which offers contextual insight into how race, class and sex inequality are products of late-stage capitalism, where the latter offers a poignant collection of essays on the more obscure pop culture phenomena of the last decade (mega churches, raving, the scam generation and #MeToo are all essay topics). Both tie in personal narratives to deliver a greater message.

What we learned about Cazzie David after reading No One Asked For This is that she, like the rest of her generation, is depressed. We learned that she is not nice to her sister, that she’s coming to terms with being single, and that she’s got a list of drafted Tweets despite not having a Twitter (a writer without a Twitter is a red flag, by the way—especially a writer that dare tackle a book of essays).

Each essay in the book is well-written in the sense that Cazzie David is able to tell stories in a way that is captivating and entertaining. Her prose and delivery is reminiscent of the type of self-aware and self-depreciative humor that her father, Larry David, is famous for, but may not be best for a book style that requires a writer to demonstrate character development in each individual chapter. Where David describes not wanting to have sex if she’s too full from eating, one would expect a thoughtful narrative on one of the many topics that could lie between the lines. Instead, readers are met with a surface-level joke about simply feeling too full to have sex after a big meal. It offers little in the way of narrative, and even if it is a relatable topic (is it?), it lacks the allegorical meaning to take it from a diary entry to a meaningful passage about the relationship between food and one’s body image.

From purely a comedic perspective, David’s position as an ultra-wealthy child of a celebrity offers little in the way of relatability—a key factor in, at the very least, writing something purely for the sake of comedy. In one essay titled “Privileged Assistant,” David describes working on the set of Curb Your Enthusiasm as a production assistant. At one point she describes the position as “the lowest tier on the film caste system” before complaining that her skills would be better put to use running the Curb Your Enthusiasm social media accounts. By the end of the essay, David begins to discuss the pressure she feels to earn her success lest she be accused of cashing in on the opportunity that comes with being Larry David’s daughter. It’s a valid feeling, but isn’t expanded on in a way that proves she’s even earned the book that allows her to write about those feelings in the first place.

We do get somewhere in the penultimate essay “Erase Me” in which David recounts her feelings of betrayal after finding out that her ex boyfriend had moved on to a new girlfriend after just one day. The essay is enthralling, partly because it’s the answers to every burning question about Pete Davidson and Ariana Grande that we had in 2018 (Davidson and Grande are the ex and his new lover that are described in the book), but most of all because the essay demonstrates some of the most substance we see in the entire book.

At its best, No One Asked For This offers a close look at David’s own existential dread and feelings of disdain toward her own existence. In “Shit Talking Etiquette,” David’s stream of consciousness writing style is both reflective of her intelligence and cynicism and representative of the ways in which she sees herself as unable to connect with her peers. But, despite a couple of astute observations about meme culture and screen time addictions, David is less a voice of her generation than she is a product. Again, it’s a good start, but could use a couple more years of self-reflection to truly break through the barrier and bring the essays from good to great. The material is there, and David’s astute observations on the world tee her up to become a great commentator, but it’s as if she’s not quite there yet. As my college non-fiction professor would have said; what makes this an essay and not simply a diary entry?

Published in Amazon and Entertainment