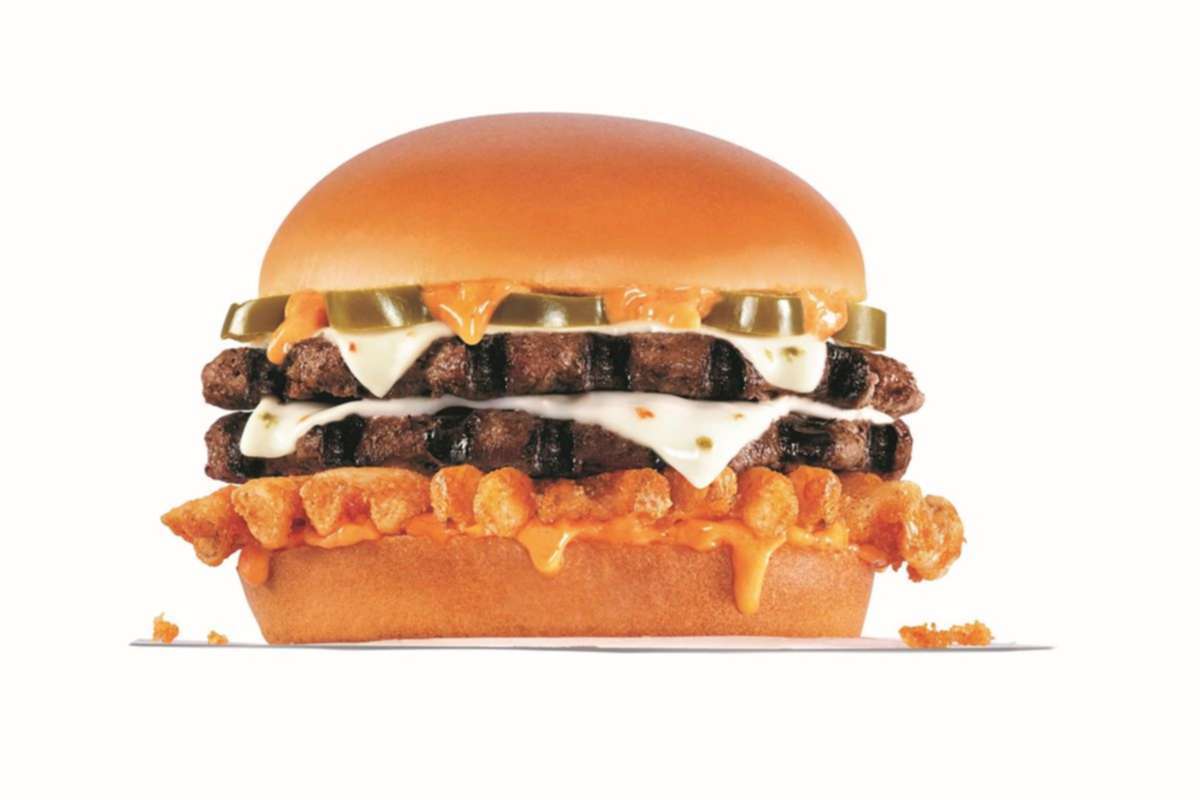 Carls Jr. Made A Cannabis Burger

Carl’s Jr. clearly wanted to boost its revenue this 4/20.

As cannabis legalization becomes more prevalent in the United States, brands are jumping onto any opportunity to milk a few bucks out of it in any way they can. Gone are the days where stoners are portrayed in the media as lifeless, idiot dudebros. We’re talking shitty movies like “Pinapple Express” and (I cringe as I type this) “Dude Where’s My Car.” Seriously, have you seen that movie recently? It did not age well. Anyway, stoners are successful, everyday people now. They celebrate 4/20 and go to work the following Monday. They work a 9-5 before hitting up the Apple store-inspired dispensary on the way home to pick up a bougie rose gold vape and some THC infused popcorn for movie night. And sometimes they just want a CBD-infused cheeseburger from Carls, Jr!

A One-Day Only Thing

The weed burger was a one-day only thing at Carls Jr. this 4/20 holiday. A single location in Denver offered the burger, which was officially called “Rocky Mountain High: Cheese Burger Delight,” for a mere $4.20 on its menu. Colorado was one of the first states to legalize cannabis for recreational use, so a CBD-infused burger is nothing out of the ordinary for the state. CBD is, by the way, legal in most states and has no psychotropic effects—unlike THC, it’s close cousin.

Nevertheless, a cannabis-infused product at a massive chain business is no small feat. The fast food chain was the first to release a cannabis product, even if it was just for one day. Since Carl’s Jr. released a 100% vegan burger with the arrival of the Beyond burger in a handful of its locations, the company was considering another special launch with a CBD burger. First, they would have to run the idea through their legal team. Once they gave the green light, it was only a matter of time before the product would hit the market. 4/20 was the perfect way to do that.

Since CBD won’t get you high, it made it a lot easier to be able to create and sell a product that contained it. The CBD (Cheese Burger Delight, duh) was the incarnation of that. Many restaurants and retailers in the Denver area have recently begun infusing the product into their menus. It’s not like a bar, where there’s lots of regulation involved with serving something that could leave you impared and having to drive home. Since CBD won’t technically impair you, the laws are a little bit more relaxed in Colorado. However, there are still hoops that a business has to jump through in order to serve the products.

Now that people are getting stoned without having to worry about the social implications behind it (at least, that is, if you’re wealthy and probably white and live in a place like Denver or Los Angeles, where it’s legal), we’re going to see a lot more big companies jumping on the cannabis train. Even Barneys, your rich grandmother’s favorite shopping spot, plans on opening its own dispensary in the coming months. It’s the wild west for weed! We can’t wait to see what’s next for corporate America’s adventures into stoner culture.

Please note this article is for purposes of those states which have legalized the use of recreational and medical marijuana. Please be mindful of your individual jurisdiction’s laws concerning recreational marijuana use.