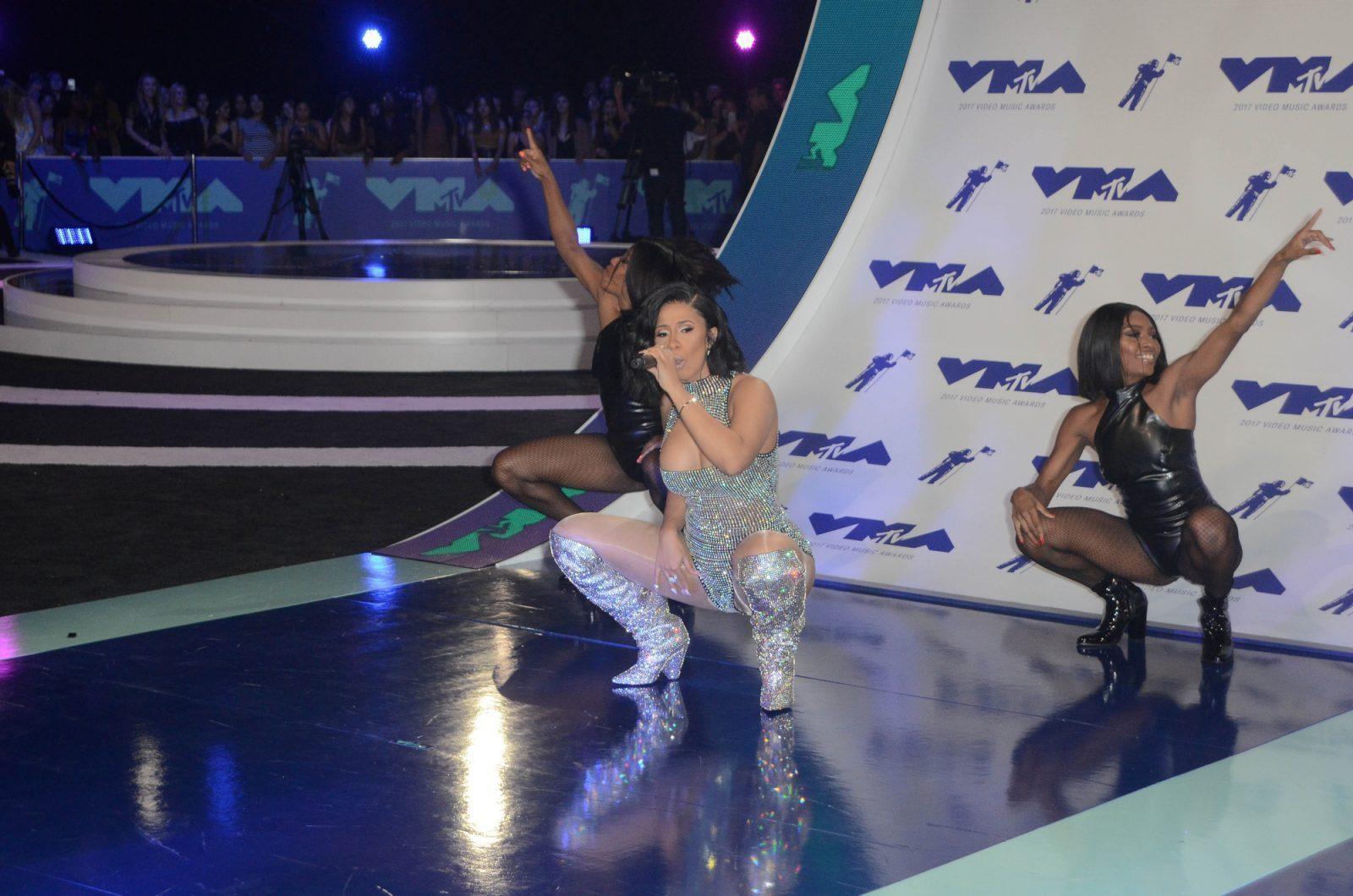 Cardi B Shows How Working Moms Handle It All, Despite Being Told Having a Baby Would ‘F*** Up Her Career’

In an interview with Rolling Stone, Cardi B confessed that when she started telling people about her pregnancy, she was told a baby would “f*** up her career.”

Rapper Cardi B and her fiancee Offset are expecting their first child together – and the star is just weeks from giving birth. In a brand new cover for Rolling Stone, Cardi B proudly shows off her baby bump as Offset kisses her belly. Celebrity pregnancy shoot for the books!

With so much in the media about women in the workplace, Cardi B’s interview shines a light on just how hard it is even for a hip-hop star.

After that, the rapper showed no mercy as she dedicated herself to finishing her album, despite all the pregnancy symptoms that are often pretty debilitating. Cardi admitted that when she got into the studio, she was often exhausted, but managed to push through regardless.

“We were making green juice and coffee. I used to tell God, ‘Please don’t make me sleepy.”‘

If anyone has a lot to prove, it’s Cardi B. A native from the Bronx, Cardi had a difficult time growing up and often references her life in her music. Being from the city, that woman knows how to hustle! And no one knows how to hustle quite like a mom-to-be with a huge career on the line.

In fact, Cardi made headlines and drew an unfortunate slew of criticism when she performed at Coachella with a full-on baby bump. As many moms tend to, Cardi B has worked and continued to perform throughout her pregnancy.

Having to hide the beginning of her pregnancy was not the route the star originally wanted to go:

“The media didn’t even let me tell people, and I hated that.”

“I really wanted to tell them [Atlantic Records] myself, to sit down with them and tell everybody that I am pregnant and I have a plan.”

Once she told her record company, they sent her to record in LA, where she would be away from home (NYC) and distractions. However, this didn’t go over well with the pregnant star.

At the end of the day, Cardi B confessed to a sound technician and ended up figuring out a plan that worked for everyone. She had the sound crew follow her to her appearances and worked on the album as she went.

“All of the creative team kind of followed her around the country, from L.A. to Miami to Atlanta to New York, back to Atlanta.”

“I was blown away by her stamina, plus her inner strength and her creative instincts.”

At the end of the day, Cardi B told the magazine:

“Just because I’m a mom, my street credibility’s not gone, my sex appeal’s not gone.”

So far, the star plans to be back on the road for a tour with Bruno Mars in September…. so definitely not showing any signs of slowing down!