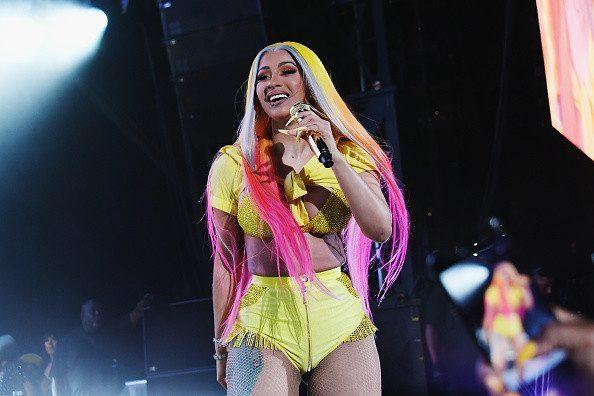 According to Chart Data’s twitter account, Invasion of Privacy by Cardi B is the longest charting debut album by a female rapper on the Billboard 200 by far. While The Miseducation of Lauryn Hill spent 91 weeks on the chart, Cardi’s IOP is entering its 92nd week.

The Source Magazine reported in a previous article that The Bronx rapper’s album is the highest streamed female rapper in the history of Spotify. Her fanbase is anxiously waiting on her follow up album, and with good reason. Over the course of her fairly young career, the Dominican-Trinidadian artist has overcome the odds against all favors during her quest in becoming one of the most successful rappers in the history of Hip Hop.

On January 6th, Cardi B offered a brief preview of an upcoming single produced by Wheezy, found Two Bees Entertainment’s Instagram account. In addition, Cardi B took her gratitude to Instagram where she said:

“Thank you everybody! Hopefully by the time I put my second album out [I will] still [be] charting. It will be dope to have two albums charting at the same time! Ugh THE PRESSURE! Thank you for the love!”

Cardi has yet to reveal when her sophomore album should be expected. She did however give us back in November a sneak peek into what we can anticipate from her upcoming project, allegedly called Tiger Woods. Cardi stated in a Billboard article that:

“My album is on my mind 24/7. It’s practically all I am focusing on. There is certain music that I want to do, but I feel like, is people interested in that? I feel like things have changed. It’s more like a twerk sound going on right now. It’s just like, ‘Should I just do my music around that?’ But I cannot just go with what’s hot. I still gotta go with what I want to do.”

As an artist, Cardi B doesn’t shy away from expressing herself thoroughly. All the way from her confidence in her sexual self to her musical ambition and to her feelings about the fruits of her career as well as relationships in general. Her transparency has made its mark in the industry, as it gives the masses fuel for both negative reviews and appraise towards her craft. The overall dynamic is that, while dominating aspects of the male-based world of hip hop, she has also used her medium to open the door for other female rappers, such as Lizzo and Megan Thee Stallion.

As for both herself and the industry, this is only the latest addition into her collage of achievements regarding IOP. Aside from the album being in the top three of 2018’s Top 10 Best Selling Hip-Hop Albums, coming close with Drake’s Scorpio and Post Malone’s Beerbongs and Bentleys, the LP had also been certified triple platinum and it helped her become the first female artist to have every track from an album to be certified gold.

In April of 2018, Apple Music informed us that the album had over a hundred million streams in a week, setting a new record for female artists. She won the Grammy award for Best Rap Album for IOP’s debut, becoming the first solo woman to win in history.

She stated in a Vogue interview her worries about her possible new work: “I wonder if people are going to relate to the new things…music is changing.” And so is she. The moral conundrums she is currently experimenting inform her fans that she is indeed taking them into consideration, as opposed to just going “with what’s hot.”