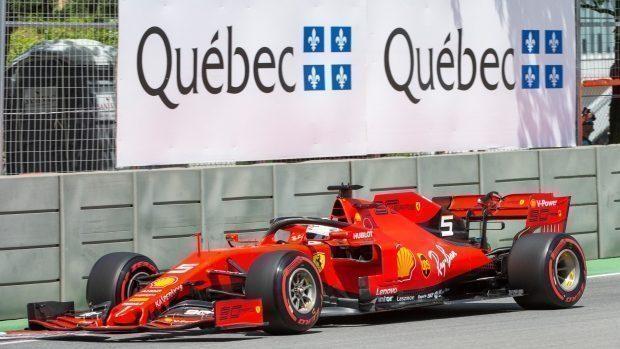 Canada’s Grand Prix did not have a shortage of drama.

From the “Wall of Champions” to the “unjust” five-second penalty that cost Ferrari’s Sebastian Vettel his first win of the season, it made way for Mercedes-Lewis Hamilton’s fifth win in 2019.

Fans across the globe did not take it well either — especially Canadians. In fact, Team Ferrari requested an investigation before formally appealing to the penalty.

What was the fuss all about

Lap 48 was when Vettel lost control, drove through the grasses, successfully re-entered the tracks, almost collided with Hamilton yet without any contact and defended the lead until the very end.

We could hear his frustrations over the radio as soon as Mattia Binotto, Ferrari’s team principal, reported the penalty to the German for unsafe re-entry. Vettel won sympathy from fans, yet the penalty carried on causing stir.

He vehemently showed his irritation by switching the number boards in front of Silver Arrow 44 and where his car was supposed to be — it was already in the garage — before entering the room where he congratulated his team-mate Charles Leclerc first and then Lewis Hamilton.

To show humility and support, the Brit pulled and shared the podium with Vettel for a minute before the champagne shower.

During the post-race press conference, Vettel stressed his high respect toward the five-time world champion. His frustration was toward the stewards that decided and imposed the unnecessary five-second penalty that caused him to drop from position one to two.

What does it mean for Scuderia Ferrari?

Amid the heat of 28C, Ferrari cars have proven to be competitive with its current engine, enough to beat Mercedes in future races. Vettel was leading the entire time; whilst Hamilton was second all throughout; Ferrari’s Leclerc tailgated until chequered third; Silver Arrow 77 was at position four.

This is just all a question of strategy. This race definitely reinstalled confidence to the Prancing Horse’s team from the engineers and especially to the drivers.

A “Wall of Champions”

Québécois are world renowned for their dark sense of humour. The Wall of Champions is a proof, not only of the locals’ sarcasm but also of the roughness of Circuit Gilles Villeneuve. It’s no excuse it is named after the late Formula One Driver. In case you missed it, the Wall had many victims including world champions such as Jenson Button, Sebastian Vettel and even Michael Schumacher.

In the course of this year’s race, we saw Hamilton’s tyre punctured during the second practice, disallowing him to finish after lap eight. He re-entered the garage slowly to prevent further damage.

Haas’ Kevin Magnussen’s car was almost irreparable. We heard on the radio his nuisance over the performance of his car, but he eventually acknowledged the hard work his mechanic team after his manager, also team principal, Guenther Steiner expressed that his attitude would not exhibit a better result. The Danish eventually apologised, and then he thanked his team for putting back his car functional overnight in order for him to compete this year.

The heat is on

McLaren’s Lando Norris eventually abandoned his car after his right rear tyre was damaged shortly after passing the Wall. This was due to an explosive brake.

Stars of the race

Racing Point’s Stroll was phenomenal in his homerace; he started at position 17 and finished at nine earning him two points.

Mercedes’ Valtteri Bottas won the fastest lap before he got chequered with a speed of 1:13:078 during lap 69. He pushed hard hoping to make his way to the top three.

Verstappen finished at position five despite starting at nine, gaining ten points, all the whilst maintaining RedBull as top three on the constructors’ competition.

Team Renault has improved its performance during the race. Both Daniel Ricciardo and Nico Hülkenberg were in position six and seven, respectively, proving their engines have improved from the past years.