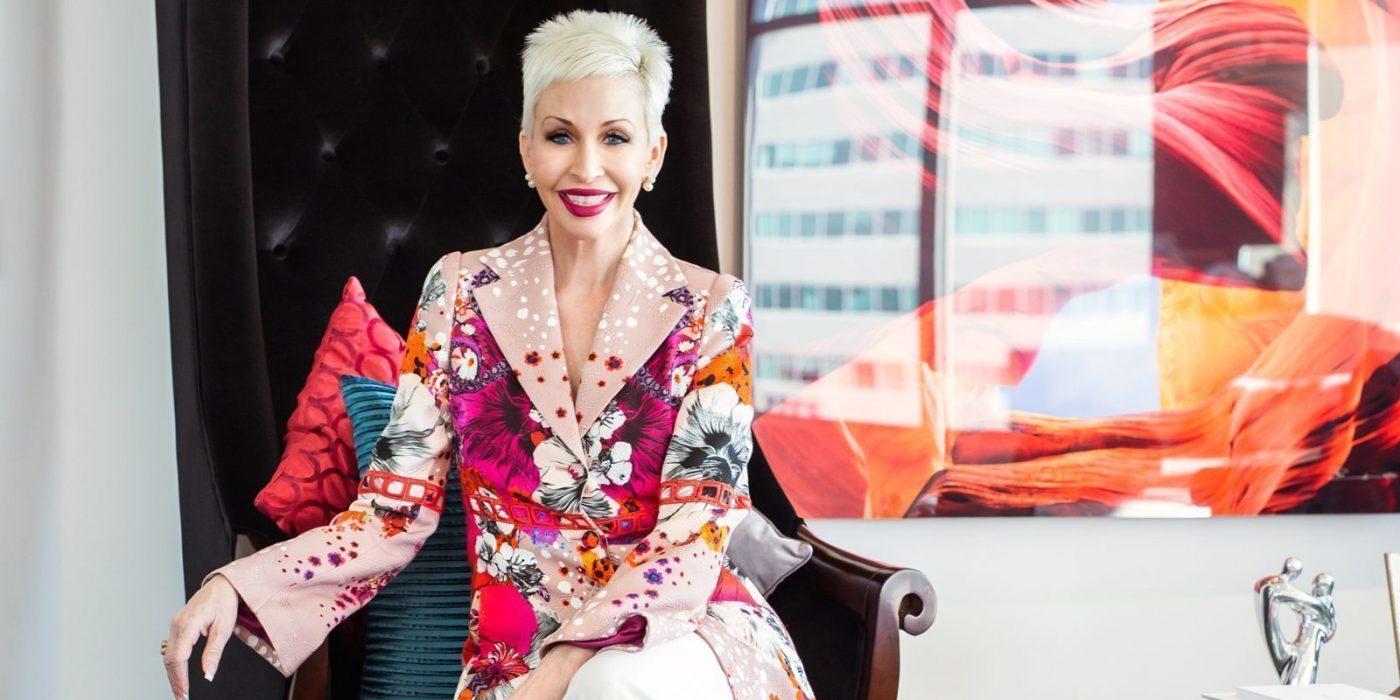 Can you hide your pain?

How about for ten years? Well that was the “dilemma” classic model Camerone Parker found herself in — risking a lifetime of achievements as a cover model and the “face” of Olay as she battled Multiple Scelerosis.

She says she wouldn’t have it any other way. Grit Daily caught up with this “wonder woman” of resolve — who’s still modeling — to get a deeper look at her drive, willingness to share, and of course the favorites she’s racked up after such a storied career modeling fashion.

Grit Daily: For the uninitiated in our audience, you’ve had one remarkable career modeling as the “face” of Olay and on the runway repping Vera Wang, Badgley Mischka, and Armani. Are you still modeling?

Camerone Parker: I am indeed! Absolutely love when designers use a classic model in their shows and campaigns — especially so when I get that call.  My career spans nearly three decades And my unique, edgy look endures.

GD: And you’ve been “hiding” something. What is that?

CP: I held the biggest secret around…and only a select few were actually privy to it. In January 1998, I was diagnosed with Multiple Sclerosis.

Understanding this diagnosis was difficult enough. It had the enormous possibility of flat-out ending my career. My decision to not share anything to anyone — other than family who kept their lips zipped — kept me solidly working.

CP: Working as a full-time model, I was an independent contractor with no health insurance. Pre-existing conditions still ruled the private insurance sector. I needed every assignment possible to pay for my continued care. My prescribed drug-therapy alone was $65,000 a year. Every year. For the rest of my life.

GD: You’re not the last with that dilemma. Was it a mistake to hide it? Have “times changed?”

CP: Absolutely no regrets in hiding it. I made my dilemma into a deal: as in deal with it!

Going public in 2009 was the most freeing — and frightening moment for me. It was my journey and my time to share. My talk became as authentic as my walk. Regarding stigma and changing times, society-wise, it’s a completely different landscape today. More support, social media and awareness.

Even treating Multiple Sclerosis today is different. We now have 17 FDA-approved disease-modifying drug therapies available compared to three when I was diagnosed.

GD: Readers are dying to know what’s in your closet now. Reveal at least a few favorites, please.

CP: I don’t play favorites in the walls of “House of Camerone.” (Giggles.) Not true…..yes I do!

My number one: Gucci “Modern Future” Bright Pink Coat. I acquired the coat from Linda Fargo of Bergdorf-Goodman. She wore it for a BG cover shoot when “Linda’s” launched. This is the first of five coats produced by Gucci exclusive to BG. It’s the epitome of art, form, and fashion.

Number two: From Project Runway,  the one and only Seat-Belt Coat created on the show by Korto Momolu (from Season 5 Episode 7).

Made entirely from Saturn car-seat belts, this 35 lb. coat has been named one of the shows most iconic pieces in its history.

Number three: The “Coat that Captured the World,” hand-created in Rome by dear friend Bert Keeter ( the Director of Design for Andrê Laug) this opera coat stopped traffic during NYFW.

GD: You crushed it at New York Fashion Week. Where can audiences see or at least here about you on the runway, next?

CP: Why thank you.

It’s off to The Windy City. On Saturday, June 29th, the first-ever All Stars of Project Runway Show comes to Chicago. So get ready for that. I will close the entire show wearing an extraordinary gown created for the show by the one and only Peach Carr (from PR Season 8 and All Stars 2). The walk. The gown. Everything!