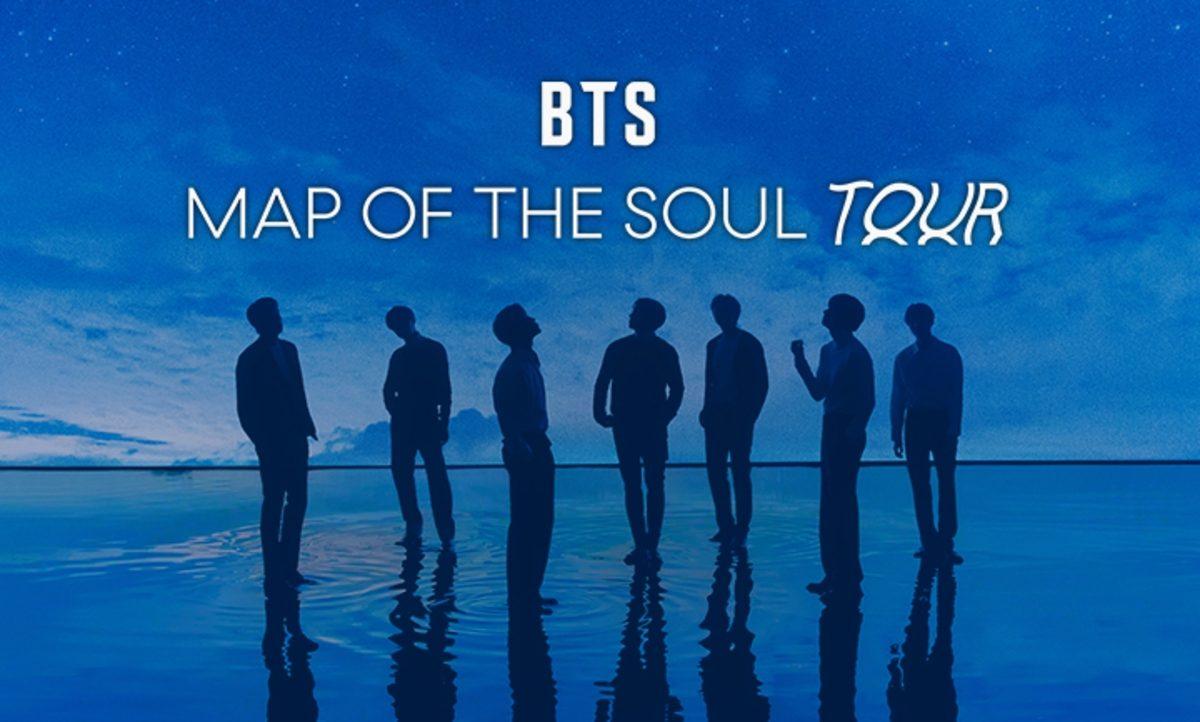 K-Pop superstars BTS have become the latest artists to postpone part of their upcoming tour due to the COVID-19 pandemic.

The group’s company, Big Hit Entertainment, made the announcement through Weverse, stating that they would reschedule the original dates for the North American leg of the Map of the Soul Tour; the tour would have kicked off on April 25 in Santa Clara and ended on June 6 in Chicago.

Read the full statement below:

“Hello. This is Big Hit Entertainment.

We would like to inform you that there will be some adjustments to the upcoming BTS MAP OF THE SOUL TOUR- NORTH AMERICA schedule in order to make sure that we put the safety of everyone involved first and foremost.

The BTS MAP OF THE SOUL TOUR – NORTH AMERICA, originally scheduled to take place from April 25th to June 6th, will be rescheduled to a later date. All tickets will be honored for the new dates. Information on new show dates will be shared as soon as possible.

We are closely monitoring and following the guidance of all local governments regarding public events to ensure we are providing a safe environment for everyone involved as we continue to update our tour plans. We will share additional information regarding these new concert dates shortly.

We ask for your further patience and understanding as we continue to work to bring you the best and safest concert experience as soon as we can.

Not Only North America

Last month, BTS cancelled their hometown shows in South Korea due to the wide spread of the virus, announcing that new dates would come soon; those attending these dates received an automatic refund to their accounts.

In addition, the group pushed back on the ticket sales for their European leg of the tour, now set for the end of April. However, Big Hit Entertainment said that as they monitor the spread of COVID-19, the European dates may change as well.

While those meant to attend the South Korea leg of the Map of the Soul tour received refunds, many decided to put the money towards a good cause while they wait for new dates.

Fans chose to donate their ticket refunds to COVID-19 relief funds and charitable organizations. When the virus hit Min Yoongi’s (SUGA) hometown of Daegu, the rapper donated $83,000 to the Hope Bridge Korea Disaster Relief Association. After news of his donation came out, ARMYs followed suit.

What BTS Have Done During This Comeback

Since BTS released Map of the Soul: 7, it has not been difficult to notice that this comeback has been different than those in the past.

In South Korea, K-Pop groups and soloists perform on a series of music shows to promote their new albums and fans usually attend these shows to watch them perform. However, due to the outbreak, the music shows prohibited audiences from attending. Regardless of the fans’ absence, BTS and other artists continued their performances.

Additionally, BTS released a video for ARMY in regards to COVID-19; they thanked those working to battle the virus and save lives, and said they hope to return to performing for fans soon.

If you are part of the BTS ARMY and have missed them in action, worry not! You can catch BTS performing from South Korea during Homefest: James Corden’s Late Late Show Special, airing Monday, March 30 at 10 pm on CBS.