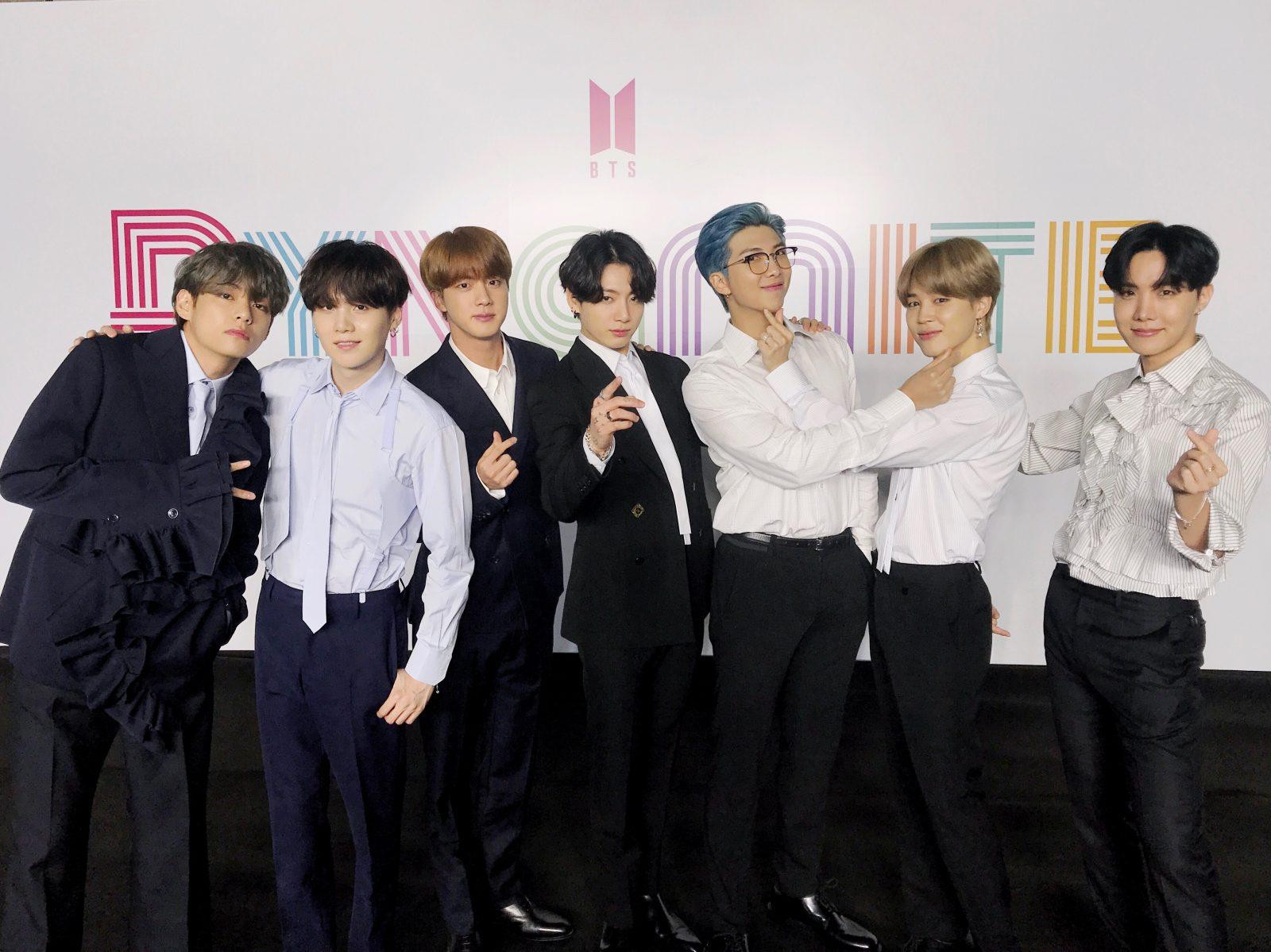 After BTS revealed some new music news earlier this month, fans patiently waited for their newest song to drop. Last night, we finally entered the disco party that is “Dynamite.”

“Dynamite” makes it mark as the first, all English-Language release for the K-Pop septet; whereas their Mic Drop remix with DJ Steve Aoki featured a good amount of English lyrics, this one involves purely English lyrics.

The song brings an uplifting, disco-like beat, making it the perfect summertime tune to listen to. Furthermore, in a release from NetEase Music, the cheerfulness of the song sends “hopeful messages to their fans, as a breakthrough to overcome the feeling of powerlessness and emptiness during the COVID-19 pandemic.”

Along with the song’s release came an accompanying music video. The members can be seen dancing in places such as a record store, a diner, a basketball court and more; we’re also taken back to the days of disco as the group dawns nostalgic clothing and slicked-back hairstyles.

For myself personally, the overall vibe of the video is reminiscent of last year’s “Boy With Luv” release; the bright colors, catchy beat and joyful lyrics bring back the memories I have from that time and, in my opinion, is something we need during this time.

The “Dynamite” music video not only brought the fun, but also broke records soon after its drop. Within 20 minutes of its release, it became the fastest video to reach 10 million views on YouTube. Following that milestone, it then became the fastest video to reach 10, 20, 30, 40, 50 and 60 million views respectively, and the views continue to grow as we speak. If those records were not enough, the song itself is now their fastest to reach #1 in over 100 countries on iTunes.

What Comes Next for BTS

There’s no stopping when it comes to a group like BTS. In addition to the countless interviews they will do for “Dynamite,” the members will take the [virtual] stage at this year’s MTV Video Music Awards on August 30; they are also nominated for Best K-Pop, Best Pop and Best Choreography.

The weekend of September 18 and 19 will see BTS performing at the 10th iHeartRadio Music Festival, which announced that they would also go virtual back in July; it is unclear as to which day they will perform on, but the excitement remains nonetheless.

Additionally, a new reality show starring the group called BTS In The Soop premiered earlier this week; the show serves as a way for BTS to relax, create their own schedules and take part in different activities together. The 60-minute episodes are on Korean network JTBC, while the longer, 80-minute episodes can be found on the Weverse app.

On August 12, Big Hit Entertainment held a live, corporate briefing to give insight to what is to come for BTS and Big Hit as a whole. In said briefing, they revealed that BTS will hold a special concert during October 10 and 11. The event, called “Map of the Soul: O:NE,” will be held both online and offline with limited seating; this will mark BTS’s first live performance following the postponement of the original “Map of the Soul” world tour.

BTS continue to stay busy amidst everything going on this year, and leader RM expressed that they “hope the global situation improves soon and they can meet everyone not only in Korea, but all over the world.”